Disappointment for Tipperary as Cork stroll to nineteen point win

Disappointment for Tipperary minors as Cork ease to nineteen-point victory. 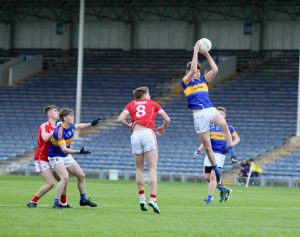 Tipperary welcomed Cork to Semple Stadium this evening for the Electric Ireland Munster Minor Quarter Final and in front of 1,158 spectators it was the visitors who showed all the class as they simply out-performed the hosts in all aspects of the game and never really looked bothered at any stage of the sixty minutes. 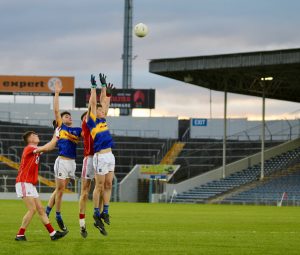 Manager Matt O Doherty was given plenty to think about before our next match, a play-off against the winners of Clare and Waterford on April 26th, the winners will go forward to the semi-final. 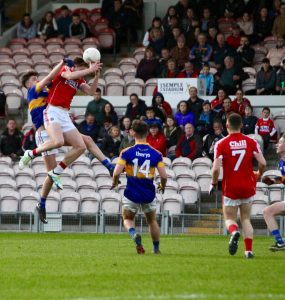 Despite playing with the wind in the opening half Tipperary trailed 0-4 to 1-9 at the interval. Ryan Lambe (2), Shane Ryan and Conall Kennedy got the Premier’s points while Mark Cronin scored Cork’s goal with a simple tap-in to an empty goal after great work from Damien Gore. 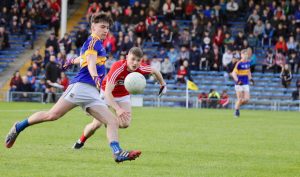 Things continued to get worse in the second half as a physically stronger Cork kept the score board ticking over. Tipperary did try hard and showed flashes of creativity and endeavor but it was all in vain as the gap was too large. Adam McGrath, who was carrying a knock coming into the game, looked very lively when introduced as a second half substitute and was rewarded with a great goal into the Killinan End after a fine pass from Darragh O’ Leary. 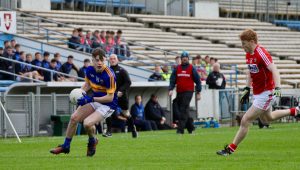 Mark Cronin compounded the misery for Tipperary with two second half goals and when Richard Moloney blew for full-time there were nineteen points to separate the sides. 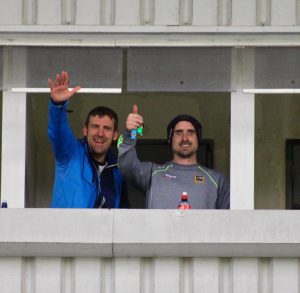 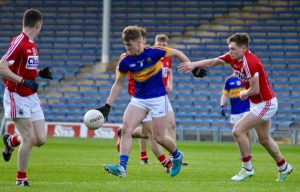 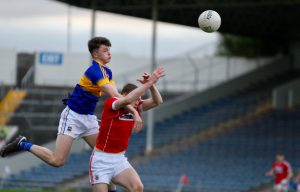