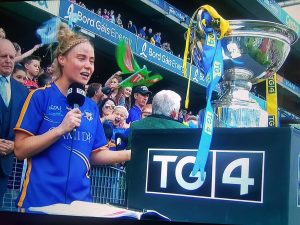 The Premier ladies, after a dazzling display in Croke Park this afternoon, have captured the Mary Quinn Memorial Trophy for the first time since 2008. A thoroughly deserved win, manager Shane Ronayne and his fabulous team can also look forward to returning to the senior ranks in 2018.

Having captured the league title earlier this year the women have proved themselves worthy champions after defeating Wexford and Meath along the way, they now have beaten Tyrone playing magnificent football throughout. 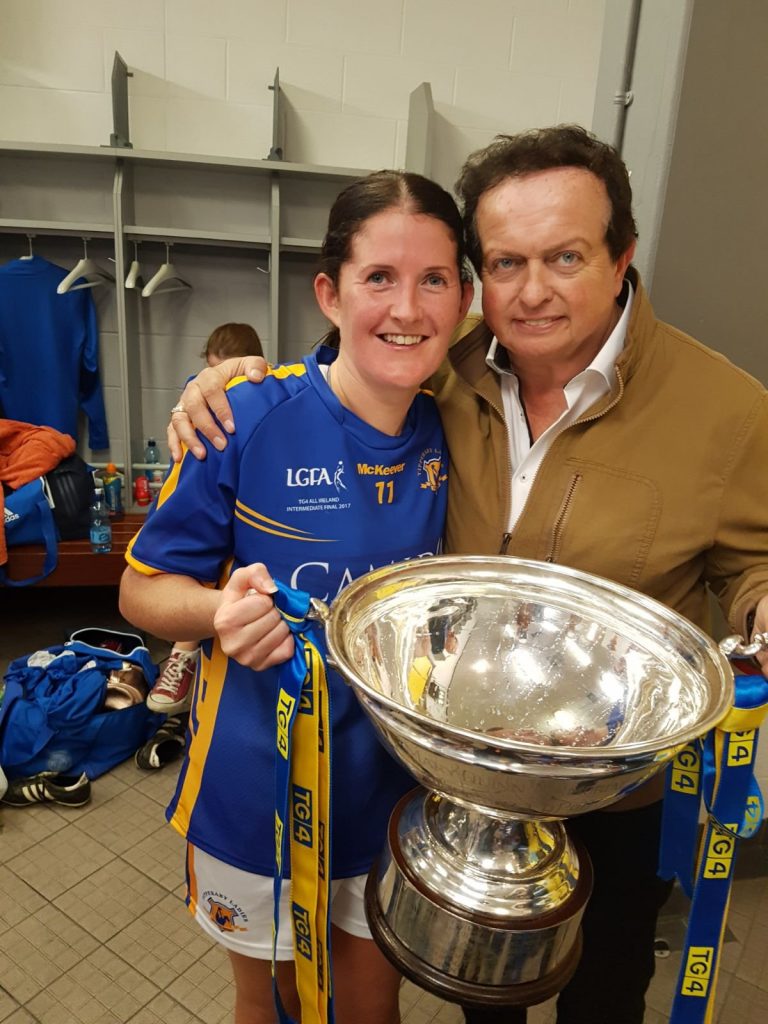 Goalkeeper Lauren Fitzpatrick set the tone for the afternoon with a brave save, the first of many, in the opening minute and from there Tipperary established a two-point lead through Gillian O Brien and Aisling McCarthy.

Tipperary were beginning to dominate when disaster struck as Grainne Rafferty shot a great goal for the Ulster women to take a 1-1 to 0-3 lead. However, it is a testament to the maturity of this Tipperary team that they didn’t panic and kicked two points before Aisling McCarthy scored a cheeky goal into the Davin Stand. She blocked an attempted hand pass before gaining possession and cool as you like she chipped both the goalkeeper and rushing defender to score a sublime goal.

On the struck of half-time Tipperary almost grabbed a second goal when Aishling Moloney, under severe pressure, kicked possession to Mairead Morrissey who wisely opted to fist the ball over the bar. 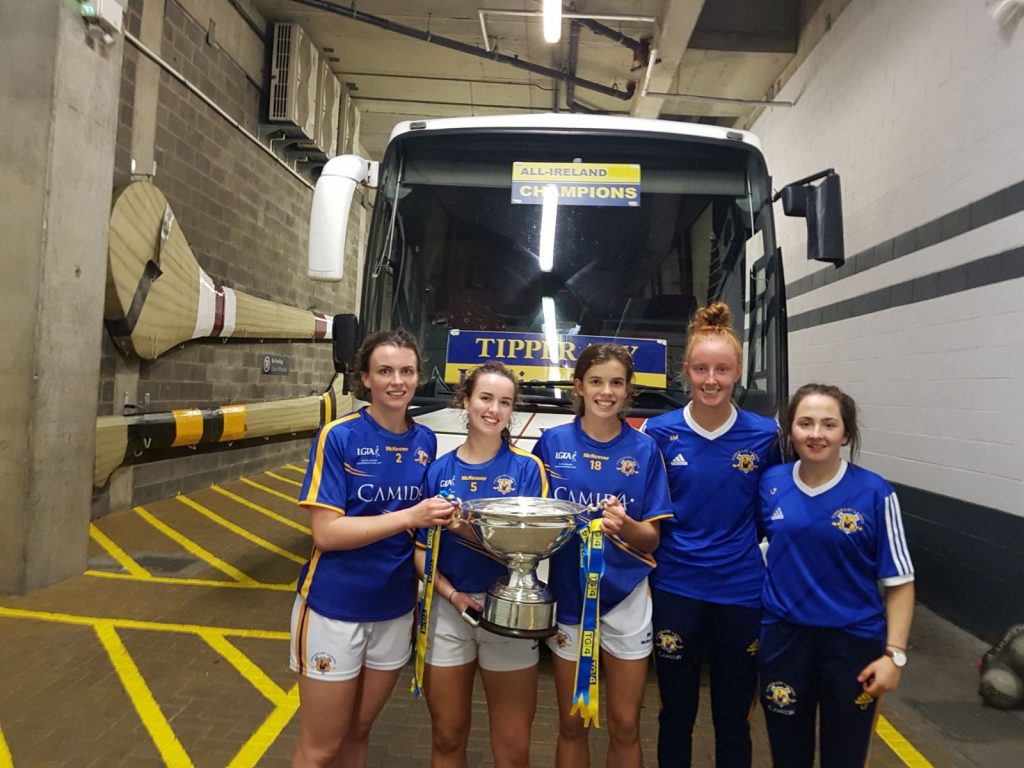 Moloney got Tipperary off to a dream start upon the resumption with a fine point and from there the Premier were in total control combining possession play with scintillating attacking. They managed to keep Tyrone at bay and with moments left the Northerners had pulled it back to three and with seconds remaining Aishling Moloney wisely kept possession before blasting the ball out for a ’45 and that not only signaled the end of the game but sparked tremendous scenes of celebrations as the panel and management celebrated a memorable win.