On October 31st we were deeply saddened to learn of the passing of Lattin Cullen’s Seán Crowe. 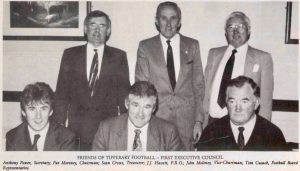 Seán was a founding member of the Friends of Tipperary Football in Hayes Hotel, Thurles in November 1991 and its first treasurer. Along with Pat Moroney and John Moloney, he came up with the idea of the Friends and suddenly interest grew and the club was established.

An extremely hardworking man he played a key role in the Erin Foods sponsored Champions Challenge in January 1992. This was the first major fundraiser for the then newly established Friends of Tipperary Football and saw the Tipperary footballers take on the All-Ireland champions Down in a challenge game while the Tipperary hurlers, who themselves had won the All-Ireland senior title the previous September, took on age-old Munster rivals Cork. With approximately 7,000 in attendance, this proved to be massive success and helped give the Friends a secure footing as it later grew into the hugely successful supporters’ club it is today and has played a massive role in the development of Tipperary football.

Seán helped organise a reunion for the surviving Tipperary players, that same year, who featured from the 1920s to the 1950s in Bru Boru, Cashel and many famous greats showed up including Tommy O’ Keeffe and Mick Barry while Aherlow’s Tom Lee spoke by telephone to those in attendance.

Seán was honoured in November 2013 with a Sean Gael Award at the Dome in Semple Stadium for his contribution to Gaelic games in both his club Lattin Cullen and Tipperary.

Speaking to the Friends of Tipperary Football former senior manager Seamus McCarthy lamented that “he was passionate about his football, passionate about all things Tipperary and very supportive of the footballers during all my time. I always found him to be a great friend, a great confidant and someone that I have admired as a player and later I got to know him through the Friends and he is a huge loss to his family, his club and the Tipperary footballers”.

To his wife Kay, daughter Noelle, son Maurice, grandchildren, his extended family and friends we offer our sincere condolences. 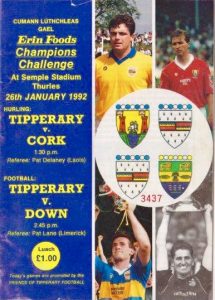 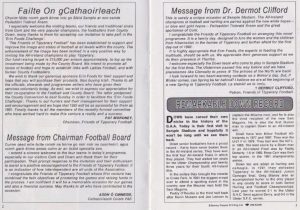 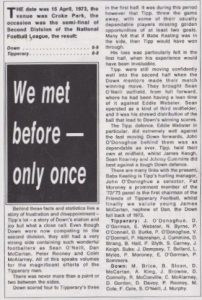 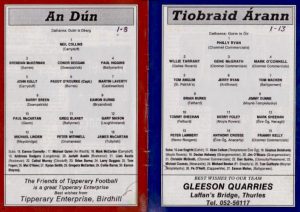 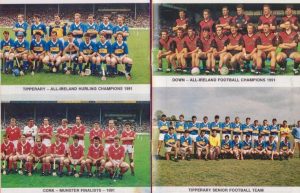 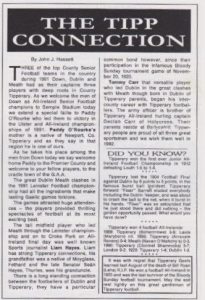 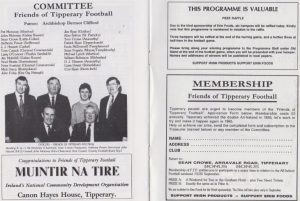