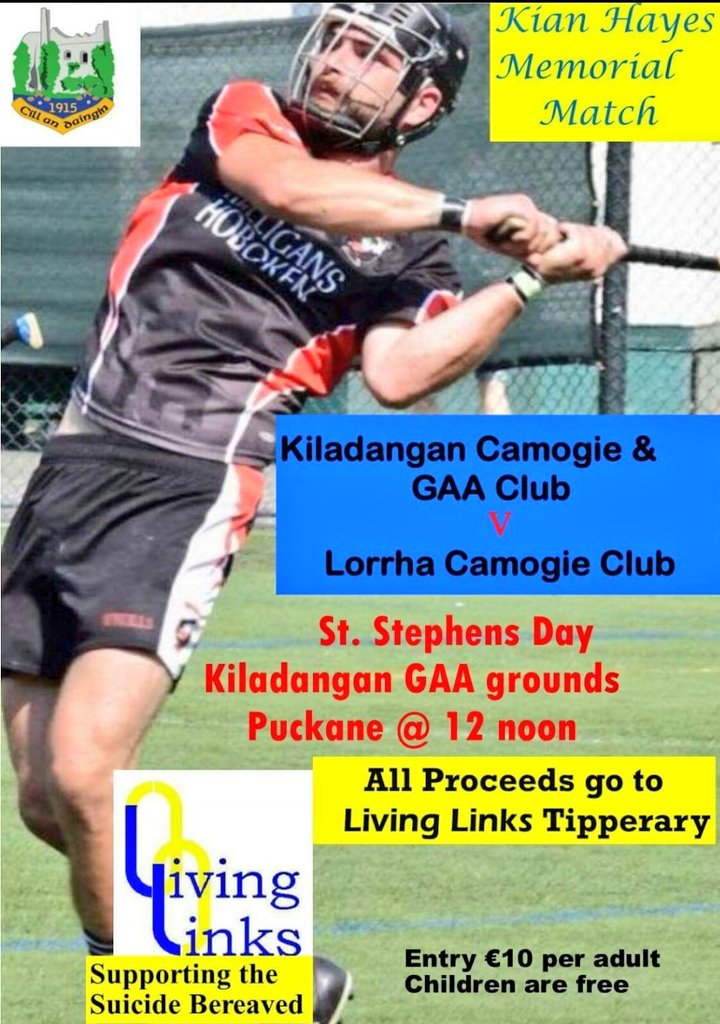 Earlier this year the GAA community in Tipperary was shocked to learn of the sudden passing of Kian Hayes from Kiladangan. Kian was a very talented Gaelic footballer and hurler and represented his club and county in both codes. Kian was a true GAA man and regularly umpired at games when called upon.

Kian was a fantastic goalkeeper and played between the sticks from under-6 right up to his adult years and won a North and county intermediate football championship this year to add to his two North Tipperary senior hurling medals.

He played football with the Tipperary primary school team in 2003 and subsequently with the North division and county teams. He played an integral role when his club reached the Munster intermediate football final in 2011.

He also played rugby with Nenagh Ormond and soccer with Puckane United.

In his memory and to raise badly needed funds for Living Links, Kiladangan GAA and Camogie clubs will host Lorrha Camogie club in a fun hurling/Camogie match to be played on St Stephen’s Day in Puckane at 12 noon. This promises to be a fun day out for all the family and there is no better way to remember Kian then having fun through sport.

For those who are looking for support please do not hesitate to contact Pieta House who are available 24 hours a day on 1800 247 247. 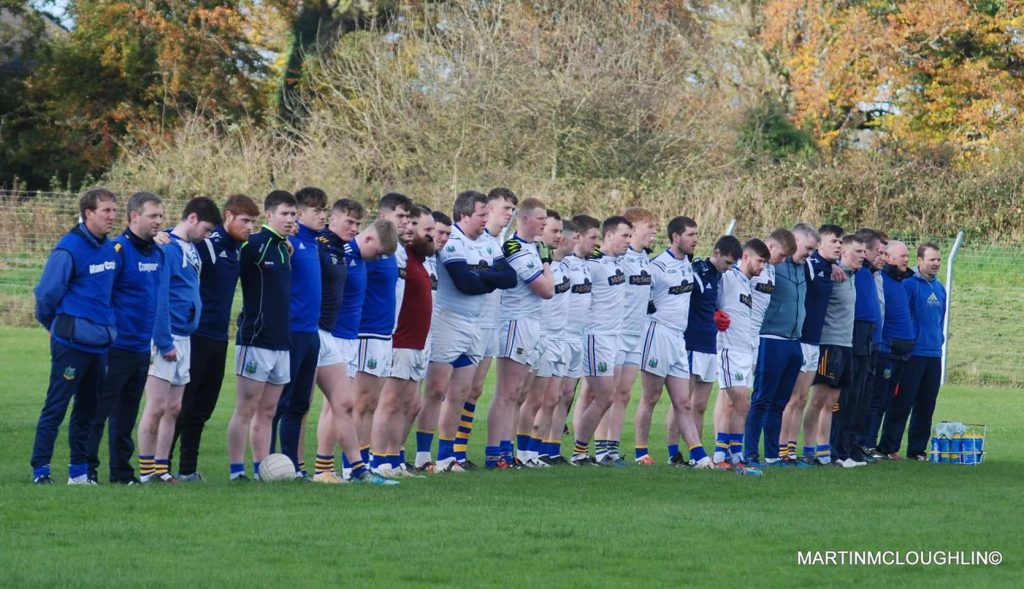 Cian’s teammates stand for a moment’s silence prior to their Munster football clash recently with St. Senans