Liam Kearns led his troops into the magnificent surrounds of Páirc Uí Chaoimh this evening and brilliantly, they gunned down the Rebels, shooting an incredible 3-16 in the process and spoiled Cork’s party as they played their very first match in the newly revamped stadium. While it wasn’t always fantastic football, the result was superb, or “tantalising” as Buff Egan would say.

Steven O’ Brien made a welcome return to the Tipperary footballers and after only eleven seconds kicked over his first point to show the footballing world what they had been missing. This was quickly followed by points from Liam McGrath, Michael Quinlivan and Jack Kennedy as Tipp raced into a 0-4 to 0-1 lead after only eight minutes. But Cork owned the rest of the half notching over six unanswered points before a Liam McGrath free, following a foul on Brian Fox, stemmed the tide.

Approaching half time, Tipperary staged a mini revival when points from Jack Kennedy and Liam Boland reduced the gap to the minimum however the drama wasn’t over yet. Sean Powter bore down on Evan Comerford’s goal and when a three-pointer looked likely, captain Robbie Kiely fouled and referee Padraig O’Sullivan was left with no option but to extend his hands to signal a penalty. Comerford, making his first competitive outing for Tipperary since last year’s league final, correctly judged Sean Sherlock’s shot for a fine save and this no doubt lifted the players as they made their way to the dressing room for the half time interval.

Tipperary took an extended half-time break but it was Cork who started the second period brighter kicking over two quick fire points to extend their lead to three. Liam McGrath shared points with Cork before Tipperary had a fine ten-minute spell to open up a well-deserved seven-point advantage.

Conor Sweeney was unfortunate not to see his goal bound shot hit the back of the net but this was quickly followed up with Liam McGrath’s first goal of the night after a fine pass from Michael Quinlivan. This gave Tipperary a 1-10 to 0-12 lead, a lead they would not surrender.

Sweeney and Fox both pointed to extend the advantage to three before brilliant work from Josh Keane broke up a Cork attack and the ball made its way to Michael Quinlivan who beautifully curled the ball into the top left-hand corner of the Cork goal. Sweeney added another point soon after.

However, the Rebels, in front of their own supporters, were not going to lie down and substitute Colm O’ Neill goaled to spark a Cork fight back. O Neill pointed shortly after along with a Stephen Sherlock free to reduce the gap to two with twelve minutes to play.

Liam McGrath ended Tipp’s scoreless period and moments later added his second goal to secure the win. With time just up Sweeney added a late point to finish the scoring on a historic night for Tipperary football. 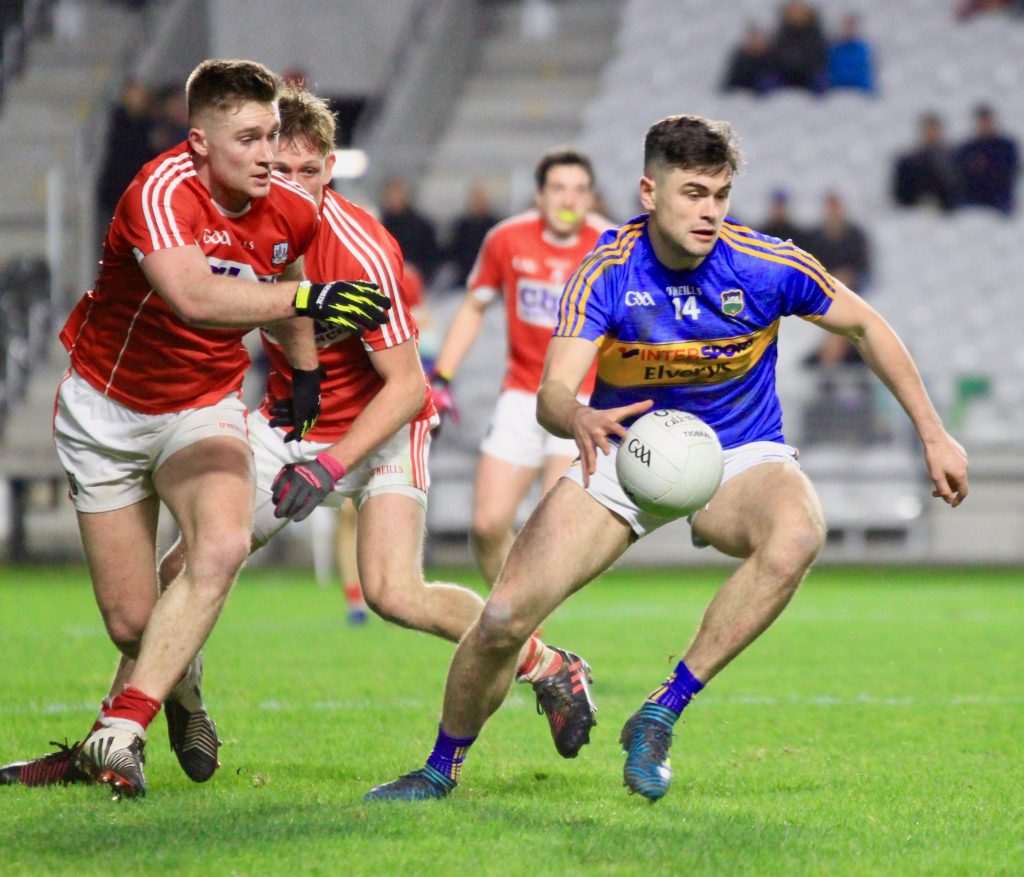 Tipperary now prepare for the visit of 2017 Connacht champions Roscommon on Sunday next to Semple Stadium and after this evening’s performance, we hope a huge following come to give the team some well-deserved support.

Congratulations to Liam McGrath, Man of the Match and all his colleagues on a historic night for Tipperary football 💙💛 pic.twitter.com/xUrBSECgnw

If you would like to show your appreciation to the team you can do so at www.friendsoftipperaryfootball.com/join 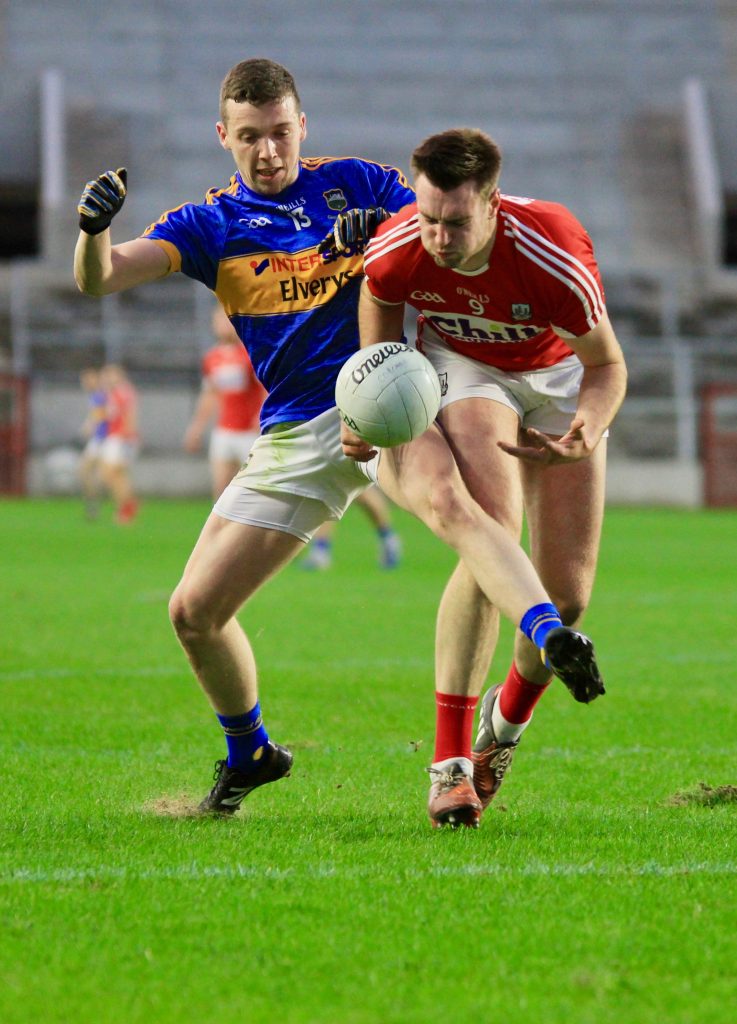 Tipperary have beaten Cork in the opening round of the Allianz League! Here’s our GAANOW full-time highlights! pic.twitter.com/yDAoCoFGbG

Nice start to division 2. Good show from both teams but an important win for us with cork missing a number of regulars. Still a lot to work on ahead of a massive game next Sunday in the stadium. #wegoagain

Great result @TippfootballGAA @goldenstapo @paulcrackerfitz @mikeyquinlivan this evening in Pairc Ui Chaoimh, rode our luck at times but 3-16 away from home is class scoring, super stadium too, 👏👏

To score 3-16 away from home against any1 is great stuff especially first night out. Positive start let's build on it now @TipperaryGAA @TippfootballGAA @goldenstapo

What a win by the Tipp footballers, huge workrate throughout, great battling and skills and a well deserved win!! #Tipperary #TopClass pic.twitter.com/oMygksH1ZD