The Tipperary panel which drew with Clare

It is fair to say that as we approach the midway point of this year’s Allianz National Football League Division Two campaign that both Meath and Tipperary have endured a topsy-turvy season to date with a win, a draw and a loss each. Such a mixed bag of results has ensured that both teams will be hoping to kick start their seasons with victory on Saturday and cement themselves firmly in the race for promotion.  This game promises to be an entertaining, sporting clash between two well matched sides and playing it under floodlights certainly adds to the occasion as it tends to create a fantastic atmosphere for supporters and offers something a little different to the traditional Sunday afternoon league matches.

While the sides last met in 2010 in the league, with Tipperary coming out on top on a 1-9 to 0-10 score line, one has to travel back 122 years for our first and only championship meeting, the All-Ireland final of 1895 (played in 1896) where once again Tipperary endured, this time by one point, 0-4 to 0-3 in front of 8,000 spectators. This was a historic final for a number of reasons. It was the first year that the hurling and football finals were held in Croke Park, then called Jones Road, with Tipperary recording a unique double with the hurlers also capturing All-Ireland glory accounting for aged old rivals Kilkenny, 6-8 to 0-1. Also, it was the final time that a goal was worth five points with its value reduced to three for the 1896 campaign, a rule that still stands to this very day.

Tipperary, represented by the county champions Arravale Rovers, won the game in controversial circumstances over Navan side, Pierce O’ Mahoney’s. Willie Ryan, scorer of all of Tipperary’s points, was by all accounts the best player on display with Canon Philip Fogarty in the Tipperary GAA Story describing how he kicked the ball from midfield, followed it into the forward area, caught it again and kicked the equalizing score. With time just up, Tipperary won a free and Ryan took on the responsibility and sent the Premier into the lead, a lead they would not surrender.

However, the following day The Dublin Press published a letter from the referee, J.J. Kenny, in which he confessed “that one of the Tipperary scores was illegal, because it was secured from inside the twenty-one yards mark, and that therefore the match should have been a draw”. The Central Council of the GAA met soon afterwards and decided that the final score would stand, with Meath sportingly not seeking a replay. Instead, another match was arranged between the sides with a new set of medals on offer for the victors. This time the game ended on 0-5 apiece and a third game was required to separate these great teams. On the final occasion, Arravale Rovers prevailed 2-13 to 1-4.

Interestingly, following the All-Ireland final with the crowds cleared from the pitch, the GAA held a long football kick competition with John Luddy, Tipperary town, winning on 66 yards, just one ahead of Pat Davern of Templemore.

We extend our congratulations to Liam Casey, Jimmy Feehan and Charlie Manton who were part of the University College Dublin side which captured the Sigerson Cup last weekend after a dramatic win over the National University of Ireland, Galway, 1-13 to 2-9. In fact, Liam Casey kicked the last two points of the game to ensure that this prestigious title went to the capital.

We extend our congratulations to the Tipperary LGFA side which defeated Tyrone last Sunday in Drumragh Sarsfields GAA Club, Tyrone, 0-12 to 0-9. The team have been on a phenominal run of form going unbeaten throughout 2017 and they have won all their games so far in 2018. Next up is another trip to Ulster, this time Cavan, and we send them our best wishes. 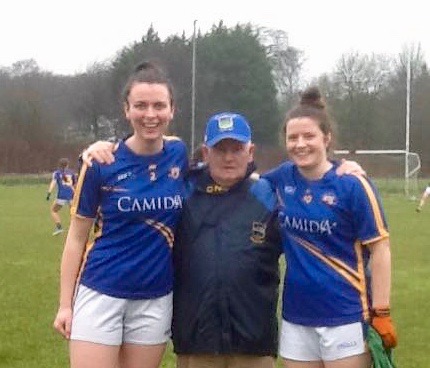 Venue: Borrisokane  3pm Extra time in the event of a draw

Venue: Dolla 3pm Extra time in the event of a draw

South Tipperary Under-21 B Football Semi-Final

Monroe, 12pm Extra time in the event of a draw

Well done to the whole @TippLadiesFB Senior Panel on a fantastic win in Tyrone today to make it 3 from 3 in the @LadiesFootball @lidl_ireland National League Div 2. They showed great guts, determination and skill to overcome the effects of a long journey North this morning.

I was down helping out with @TippfootballGAA training last night and I got to congratulate my 2 pals @JimmyFeehan & @Liam_Kc for winning the Sigerson cup final with @UCDGAA 🏆 they did their county very proud!! Now lads back 2 normal Tipp vs Meath on Saturday👍🏻😊 @TippFMSport pic.twitter.com/XwzTRB3285

Bit of a disaster on & off the field last Sunday. Thanks for all the messages & well wishes. Both myself and my family really appreciate it. Thanks to all at the game & in Limerick Regional who took such good care of me. Finally massive thanks to Doc Hynes & @Ian_M_Dowling