Liam Kearns and the Tipperary senior footballers are on the cusp of achieving their first major goal of 2018 as they have almost certainly avoided any chance of relegation following today’s fourteen-point win over luckless Louth in Semple Stadium this afternoon and with two games to go, promotion is still a very real possibility. If the Premier succeed in their remaining games against Down and Cavan elevation to Division One is assured however, they are two tough games to win. 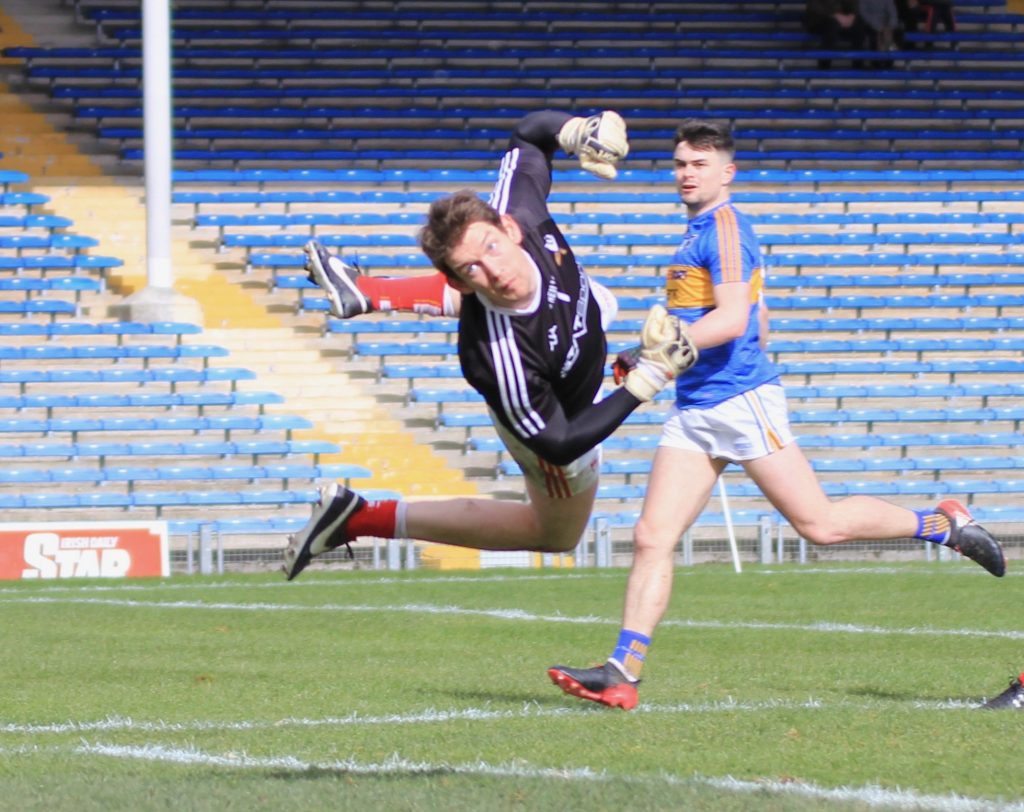 Tipperary exploded into this game and quickly extinguished any hopes the travelling guests had of securing a similar result to last year’s encounter when they registered an impressive 2-7 to 0-1 lead by the sixteenth minute. In fact, they led 1-3 to 0-0 within six minutes of the start when Bill Maher powered through to blast Tipp’s opening goal after the home side high pressed the Louth kick outs and forced Neil Gallagher to give possession away. 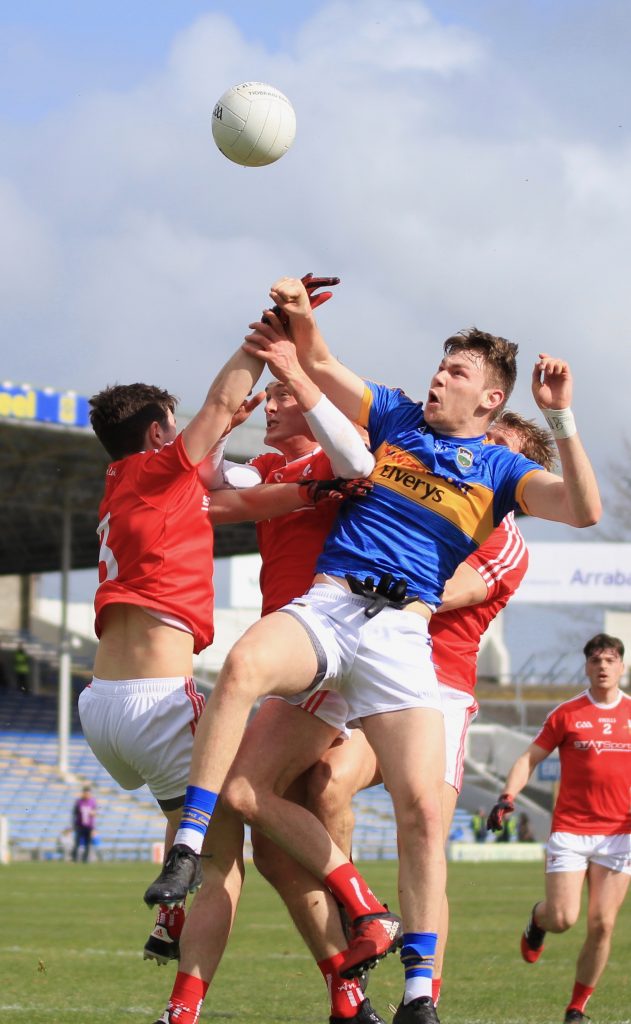 The home side continued to dominate and kicked four more points before the duo of Liam Casey and Brian Fox combined to find full-forward Michael Quinlivan, who once again scored a superb goal with a powerful shot. The Commercials man is in a rich vein of form of late having found the net three times previously already this year.

At the other end the Tipperary backs were in miserly form as they refused to give their opponents neither time nor space and a number of superb block downs ensured the Louth forwards were not going to find opportunities to express themselves.

By the time referee Paul Faloon blew the half-time whistle Tipperary led 2-9 to 0-3.

Louth did start the second period brightly scoring three points to double their tally and by the 50th minute had cut the margin to 2-11 to 0-8 but the gap was too large for them to have any realistic chance of staging a comeback.

As Liam Kearns emptied the substitutes’ bench Tipperary rattled off six of the game’s final seven points with substitute Kevin O’ Halloran, making his first appearance of the league, kicking over a fine point, via the post, with his first touch of the ball. 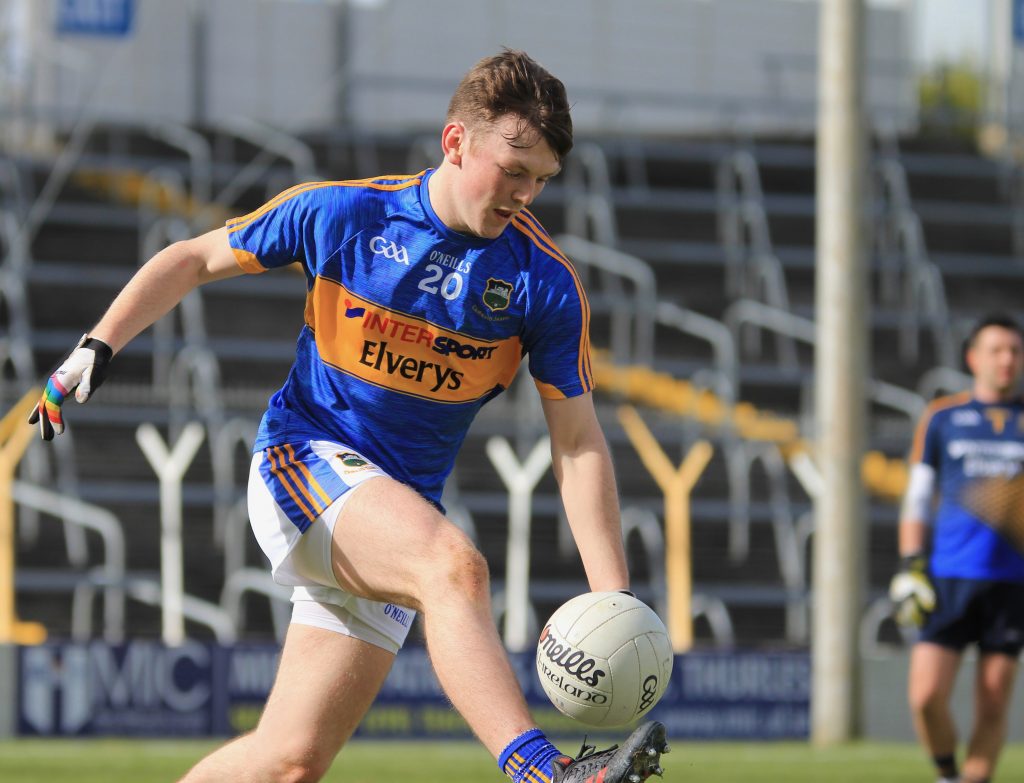 And so, it is onto Páirc Esler, Newry next Sunday to face Down in the penultimate game of the league and with promotion now a very real possibility, Liam Kearns and his team will be hoping for another fine premier performance to keep the dream of Division One football alive. 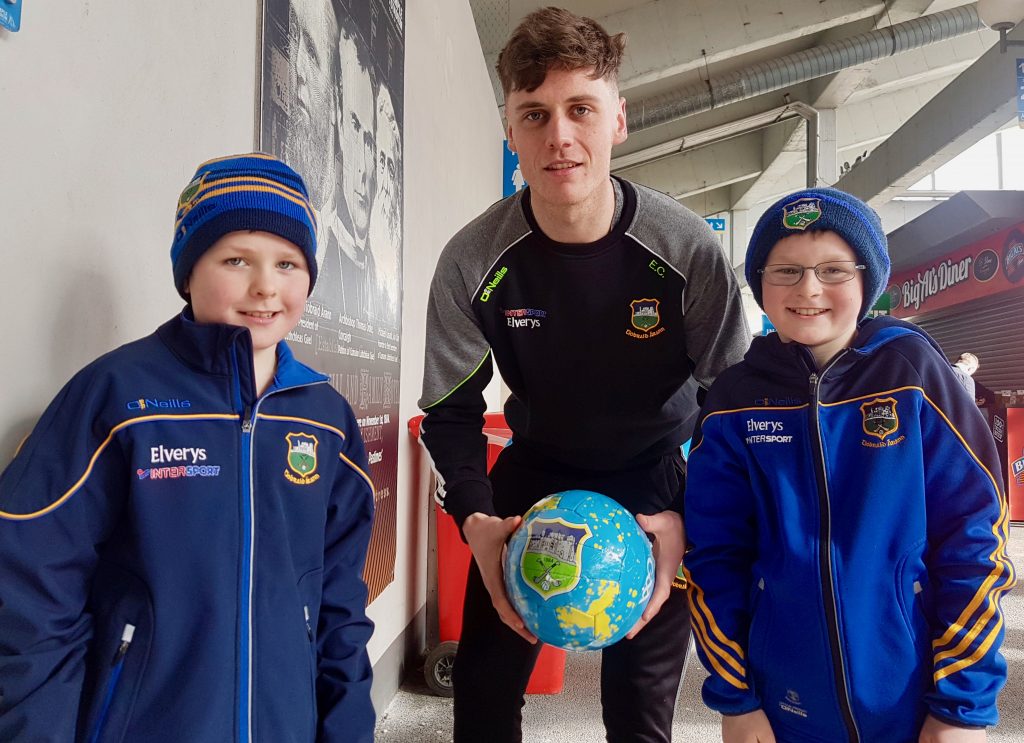 Two young supporters from Moycarkey Borris had a dream afternoon after they were brought up into the Tipp FM commentary box by commentator Stephen Gleeson and interviewed live on air during today’s match. Tom and Eamon Ryan are two of the footballers’ biggest supporters and travel the length and breath of the country to cheer on their heroes. One of their best days following the blue and gold was in Armagh last year when they almost hit the roof of the stand as they celebrated Michael Quinlivan’s last minute winner. The players themselves are extremely appreciative of the boys’ support and bought them a Tipperary football which was presented by Evan Comerford following the game. We hope they had a memorable afternoon and we can’t wait to see them at our games throughout the year.

Super result for @TippfootballGAA @TipperaryGAA that should confirm division 2 status for next year, a great achievement by this group of players. Well done @Lacey_Brian and all the Tipp panel and management https://t.co/XyMb1rSPHU