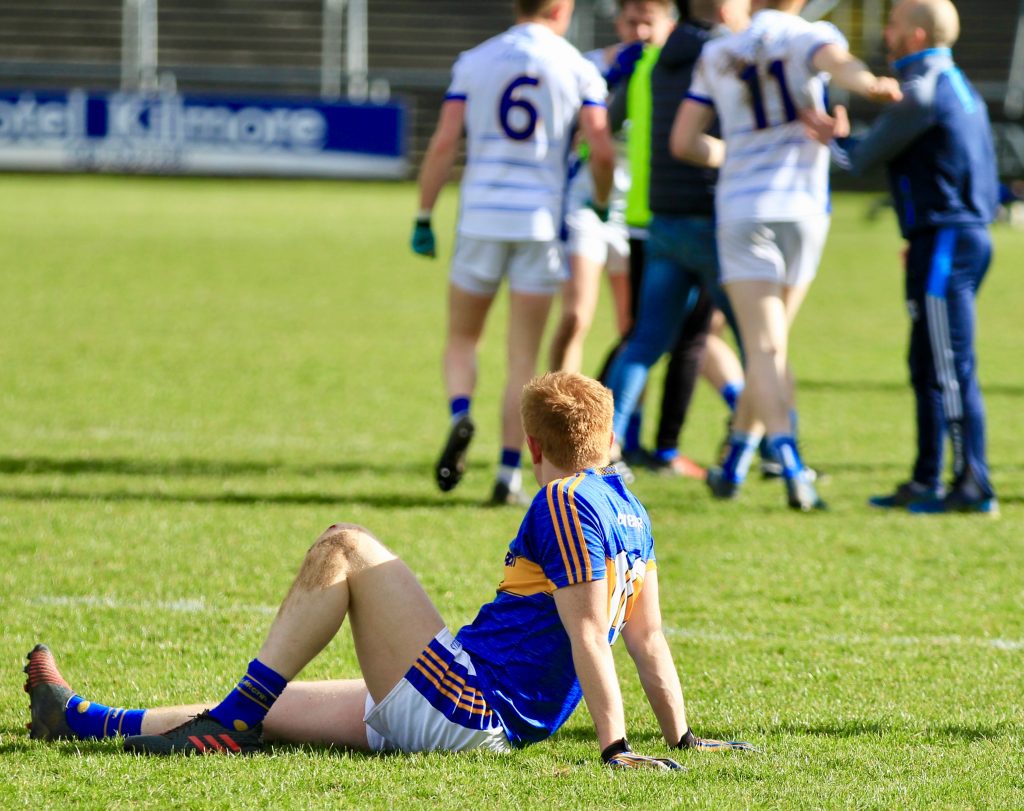 The devastation was palpable among the players, management and general Tipperary football family gathered together on the pitch this afternoon following Fergal Kelly’s full-time whistle as Cavan snatched a late winner to dash Tipperary’s promotion hopes. Talk of what might have been, missed chances and refereeing decisions are all common place following a one-point loss and today was no different as Tipperary came within two minutes of soaring to the zenith of league football with Division One within their grasp. However, one man of a certain vintage philosophically put things into perspective when he asked, “growing up, honestly, did any of us ever realistically believe Tipperary football would ever be in this position?” 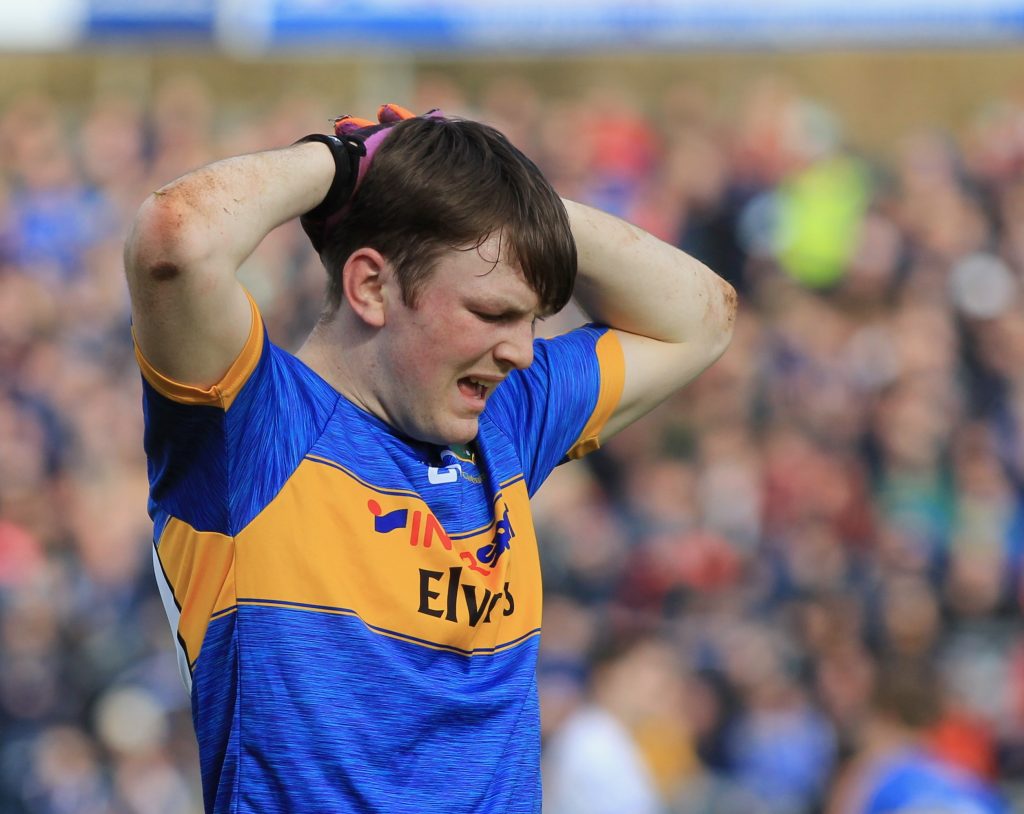 For many years Tipperary were permanent residents in Division Four with the odd holiday in Division Three and it shows the dramatic progress made over the last decade or so that we came away from Kingspan Breffni Park grieved following a result that might have been celebrated as a moral victory in the past.

Tipperary started brightly with Cahir’s Liam Casey opening the scoring after three minutes before Conor Sweeney coolly sent Raymond Galligan the wrong way with a penalty goal following a foul on Jimmy Feehan. A long, high, dropping ball was punched in the direction of Feehan by Michael Quinlivan and he was pulled down as he advanced on goal and Fergal Kelly was left with no option but to extend his arms to signal a penalty which gave Tipperary a 1-1 to 0-2 lead.

Jimmy Feehan is hauled to the ground for Tipperary’s penalty

Tipperary managed to keep the hosts at arms-length for the remainder of the half and entered the break 1-5 to 0-6 to the good.

Josh Keane neatly pointed upon the resumption to restore the three-point advantage but shortly after Liam Casey was sent off following an off the ball incident which was missed by referee Fergal Kelly, but he acted on the advice of linesman David Coldrick. This gave Cavan a massive lift and by the 48th minute they had drawn level. 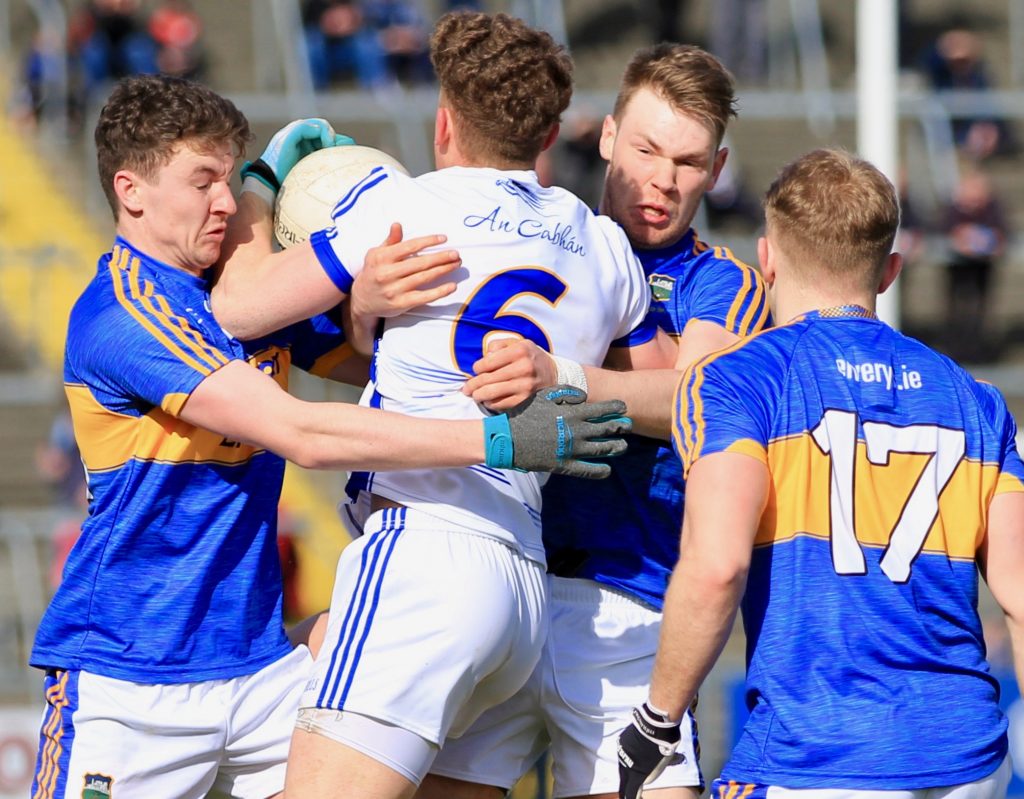 Then came a fantastic Liam McGrath goal following a well-worked move and this was quickly followed up with a Conor Sweeney point to open up a gap of four points.

Cavan did not lie down and kept plugging away on the scoreboard and entering injury time they had drawn level. A late Conor Sweeney free put the Premier back in front and it looked as if Tipperary were going to get the result their play deserved but a late free and dramatic point from substitute Conor Madden in the 75th minute sent the Breffni County into Division One while Liam Kearns must plan for another year in the second division. 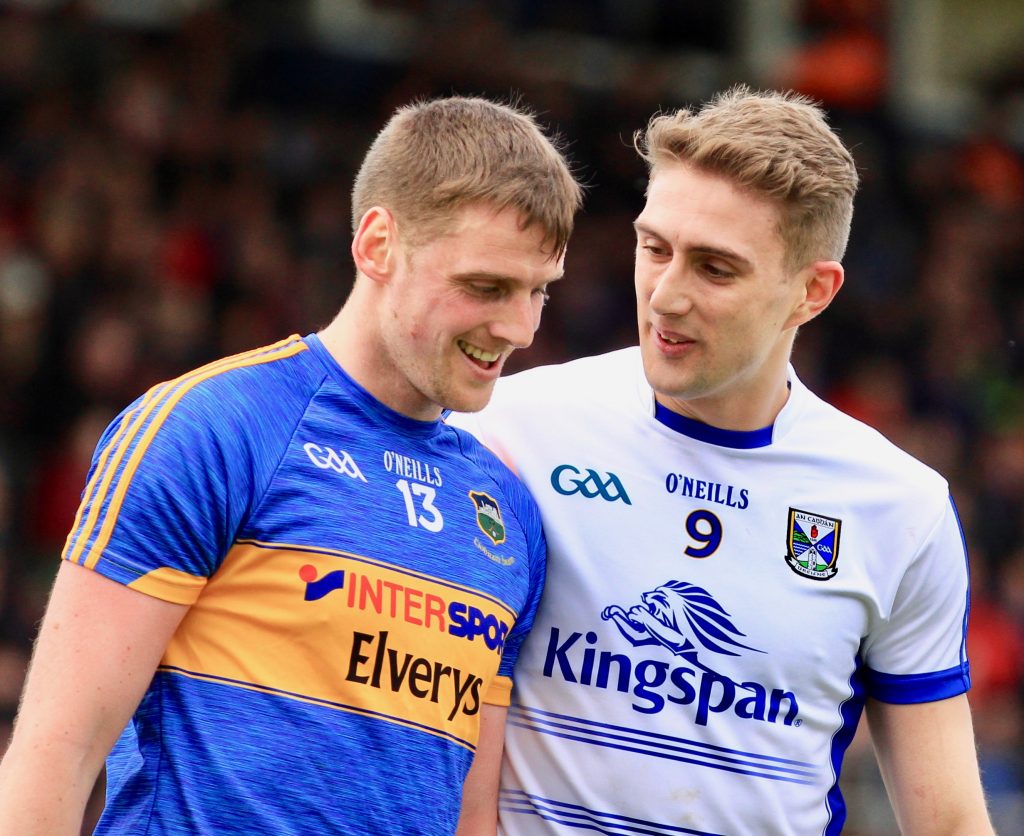 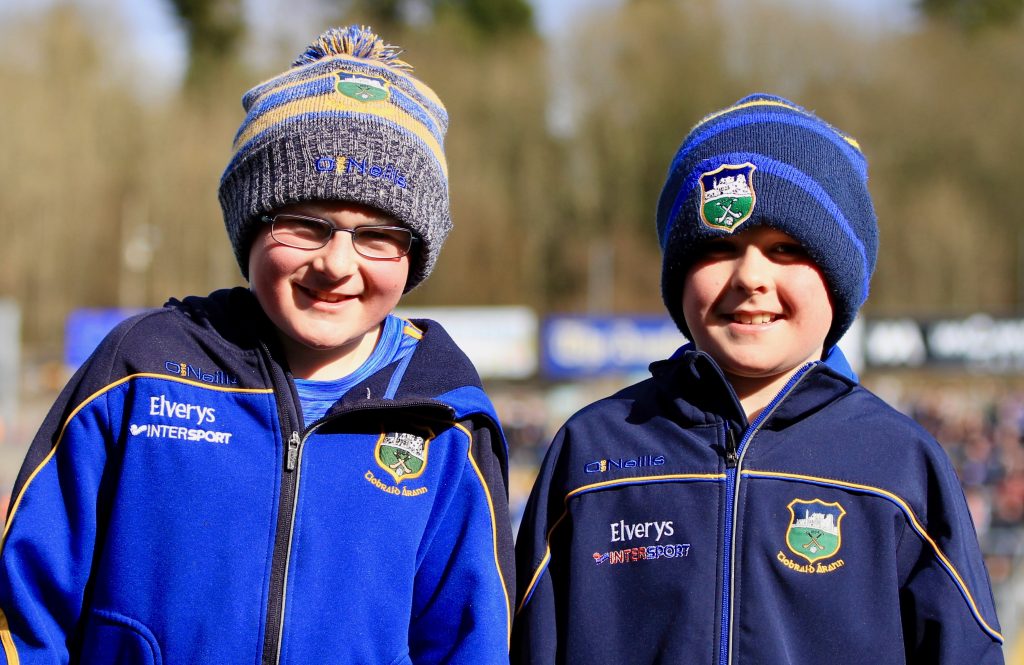 Hard result for @TippfootballGAA today in Cavan, but now time to regroup for @MunsterGAA Football Cship. Says a lot how much progress has being made, when a lot disappointed that there is not Div 1 football in 2019. #futureisbright

@TippfootballGAA Great effort today. Really tough to miss out on promotion by one point today in all the circumstances. Getting Donegal, Kildare and Armagh for new opposition next year!#AllianzLeague #Championship

Heartbroken for @TippfootballGAA 👎🏻 so sickening for us but many more good days ahead this year for that team! Onto Munster and we win that sure 💙💛 #HonTipp

Huge performance @TippfootballGAA tá an bród orm don foireann Tiobraid Arann! Unbelievable league and full of optimism and hope ahead of the championship