One of Tipperary’s best known supporters is Kevin Hanly. When and wherever the Tipperary footballers and hurlers are playing, one thing is for certain, Kevin will be there, hail, rain or shine, supporting and cheering on the Premier to victory. Kevin has also been a massive help to Tipperary Football Committee Secretary Hugh Coughlan on match days this year.

To celebrate Autism Awareness Month Kevin has penned another article for this website highlighting the positive role the Tipperary footballers have made in helping him arrive at his current point in his journey. 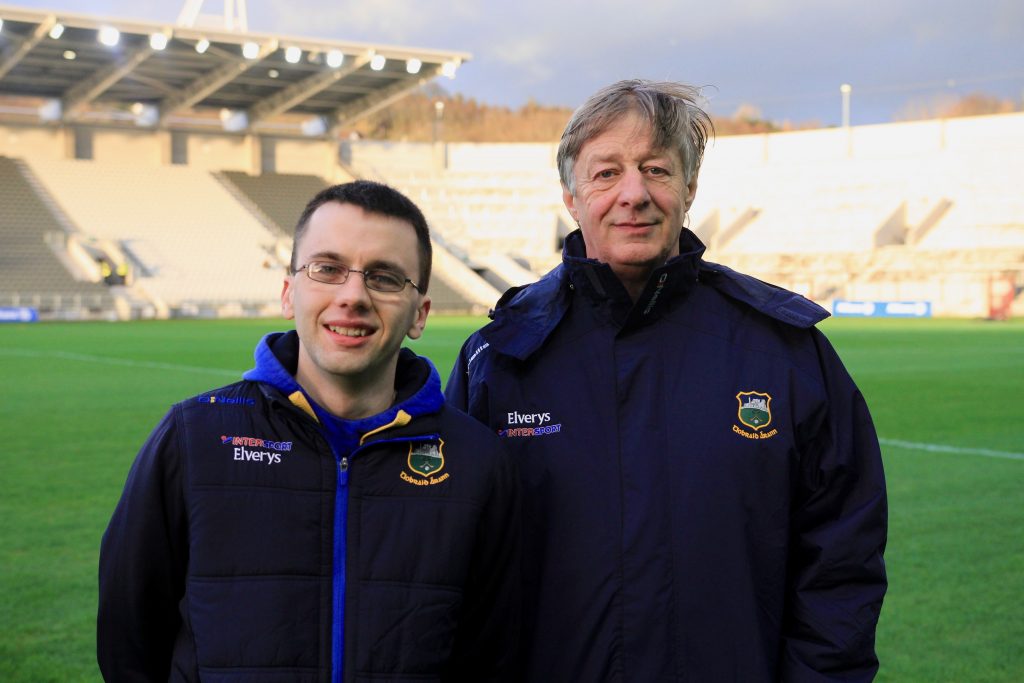 The bond is still there between Tipperary football and I which is now as strong as ever as I have taken a lot of positives from the 2018 League campaign!

At the start of the year I was down with the lads at a training session seeing all the hard work that the players and management put in behind the scenes. Since then I have been lucky enough to have played a small part either at training or on match days helping where and when called upon which I have drawn great satisfaction from as it is a privilege to be associated with Tipperary football.

Now as it is Autism Awareness Month for April, I feel that it is still important to highlight the great work happening between Tipperary football and I. My involvement with Tipperary football over the years has given me such confidence in myself and my abilities. I am soon to successfully complete a TV and film production course at Limerick College of Further Education.  I could not have achieved this without the support and confidence given to me by the Tipperary footballers. Some of you may know of my struggles growing up with autism. It has been the Tipperary footballers who have been a major driving force to my success along with my friends and family. The Tipperary footballers are one of a kind and just a brilliant group of lads who deserve all of our support for the upcoming Munster championship campaign. 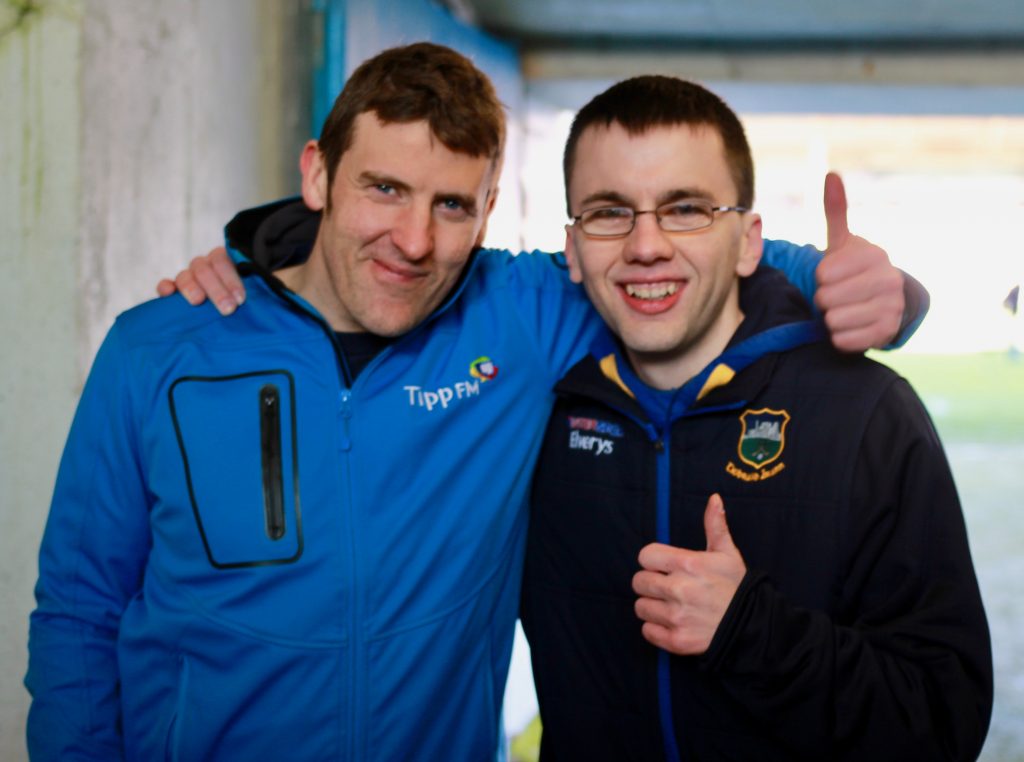 Within the league we mixed the good and bad, and unluckily we fell just short of promotion. However, there are many positives to take and with a little bit of more luck and improvement in certain areas we will 100% ready for the Waterford game in Thurles at Semple Stadium on Saturday 19th of May where I hope to see you all there to do our little bit in helping the team achieve all their dreams and aspirations. 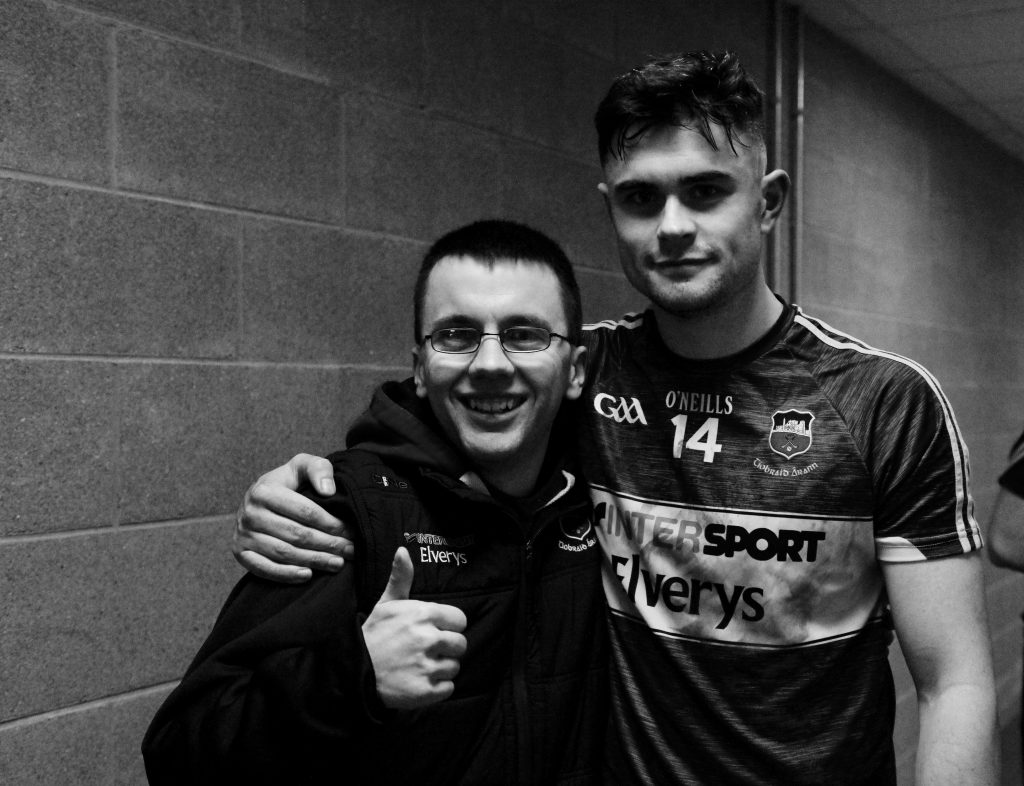 Kevin and Michael Quinlivan after the Allianz League match against Cork earlier this year.

The most important thing in my opinion is that, if you have a dream, no matter what is, from playing for your county or if it’s like mine of pursuing a career in TV and film, is to just go for it because you never know what might happen. And who knows, maybe you could be the next Michael Quinlivan or Marty Morrissey?

And as the late great Nelson Mandela said; “A winner is a dreamer who never gives up”

Kevin previously wrote another article for this website which is well worth checking out. To have a read please click here. 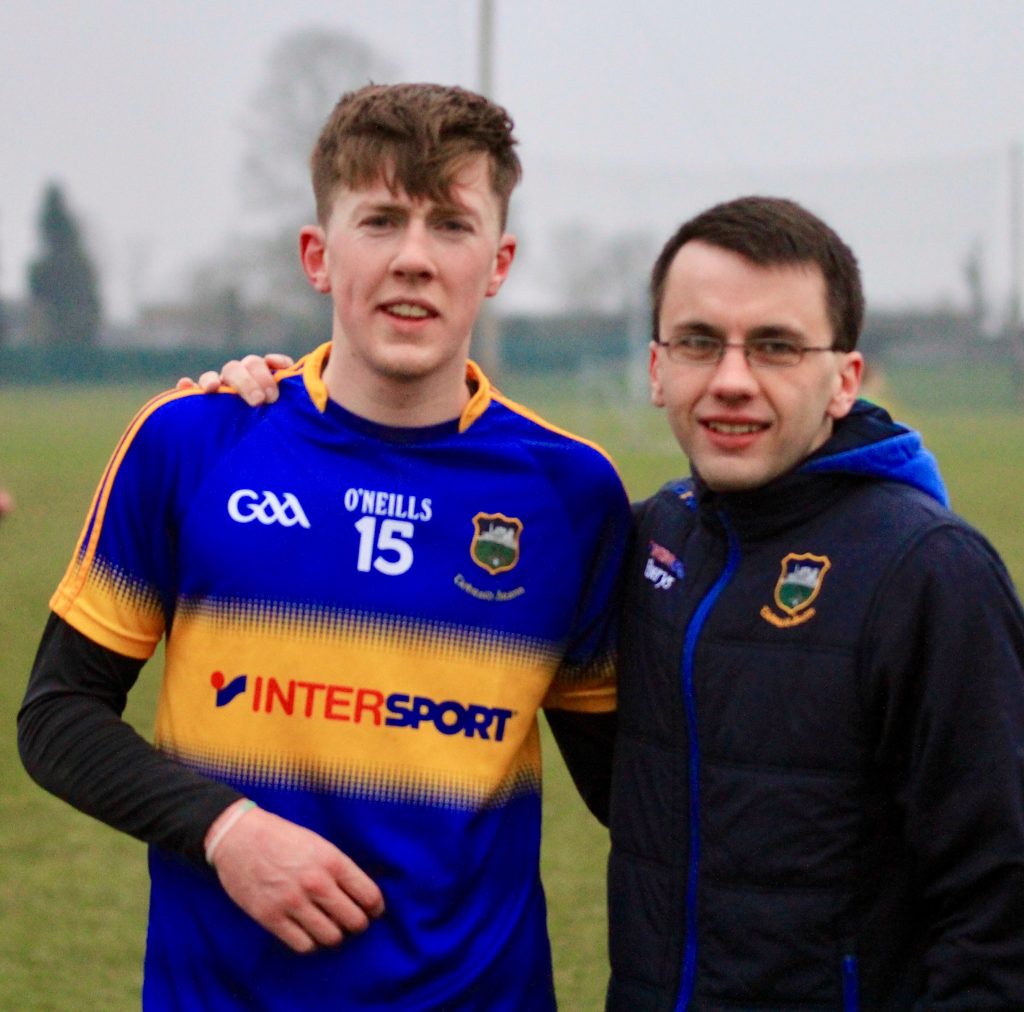