This weekend saw our county under-14, under-15 and under-16 footballers take part in their various tournaments with numerous positive results highlighting the quality work taking place in the Premier. 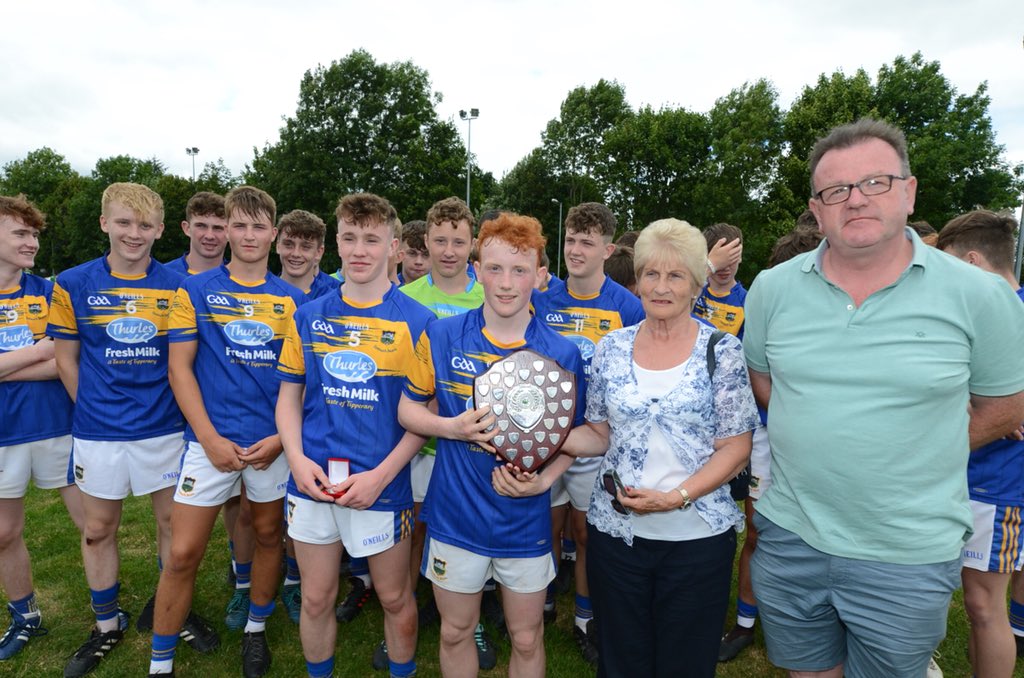 The Tipperary under-14 football squad traveled to Dungarvan last Saturday to compete in the Jim Power Munster tournament, the results of which would determine whether we would compete in the cup or shield finals on July 28th again in Dungarvan. We were drawn in a group of three with Limerick and Cork Mid-West.

Our first game against Limerick was a rather one sided affair as we lead 2-4 to 0-0 at half-time. We brought all our substitutes on and conceded three late goals but ran out easy winners 5-7 to 3-0.

Our second game was against a very strong Cork Mid-West team was a very different affair. In a brilliant game of football we were 1-7 to 1-5 behind at half-time and with five minutes to go we were four points down but our boys never gave up and fought back to win by four. It was a brilliant result as on such a warm day we had to play our games back to back while Cork Mid-West had a break while we played Limerick, we topped our group and now join the elite of Munster football in the cup finals. 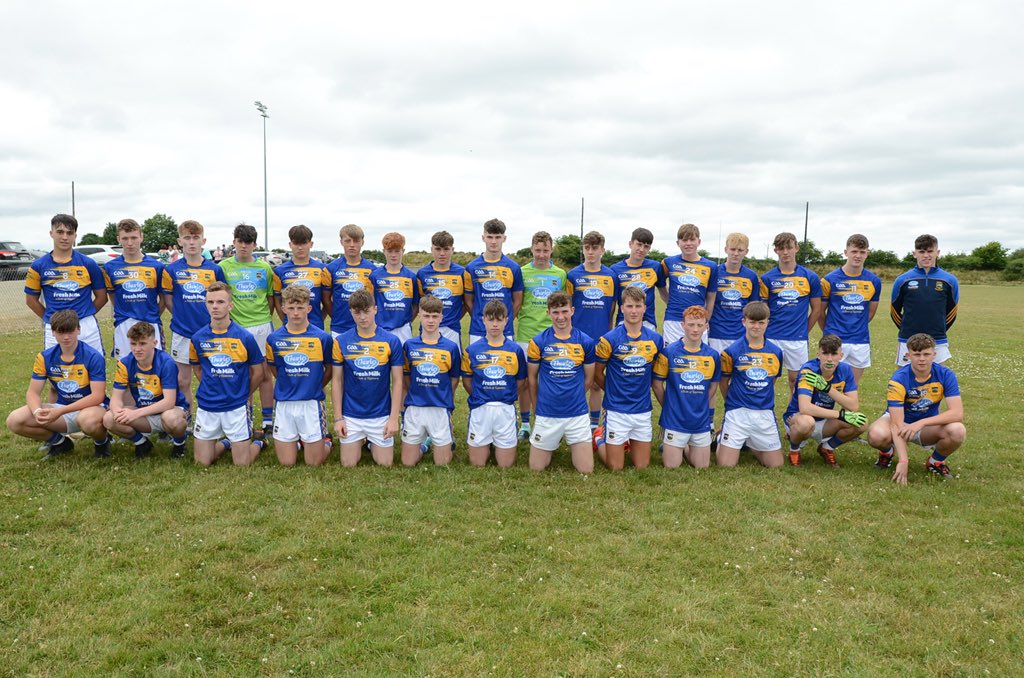 The Tipperary under-15 panel

The under-15 side had a brilliant win the Shield Final defeating Clare 5-9 to 0-12. They had previously lost their opening game to Kerry South by one point, 2-10 to 3-6 which sent them into the shield competition. There they beat Limerick in the semi-final 3-10 to 1-5 before accounting for The Banner in the final. Well done to team captain Jamie Durcan, vice-captain Emmet Butler, the entire panel and management. 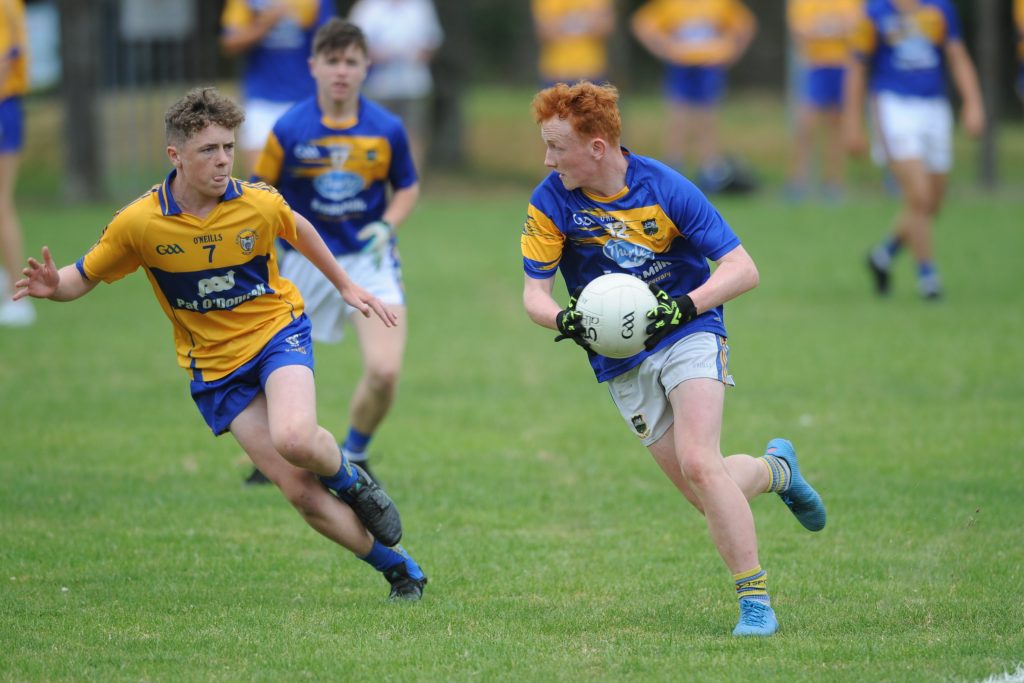 The Tipperary under-16 panel

The under-16 side acquitted themselves extremely well winning three out of their four games.

They defeated Cork Red 1-3 to 0-11, Waterford 2-12 to 1-4, before overcoming the challenge of Clare by seven points but unfortunately came unstuck against Cork Red in the final. 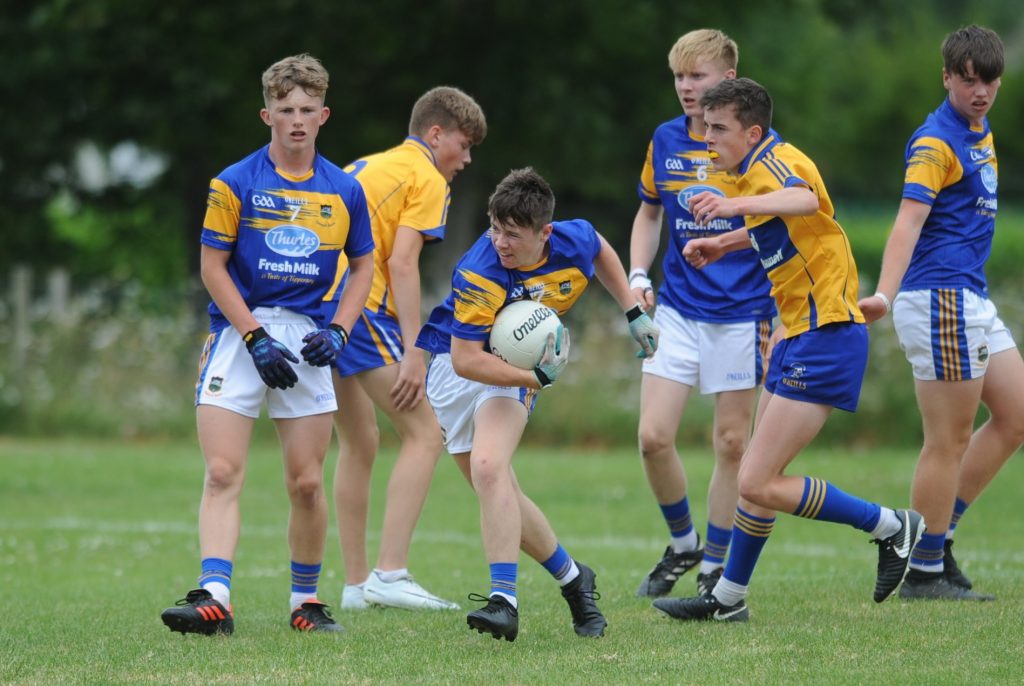