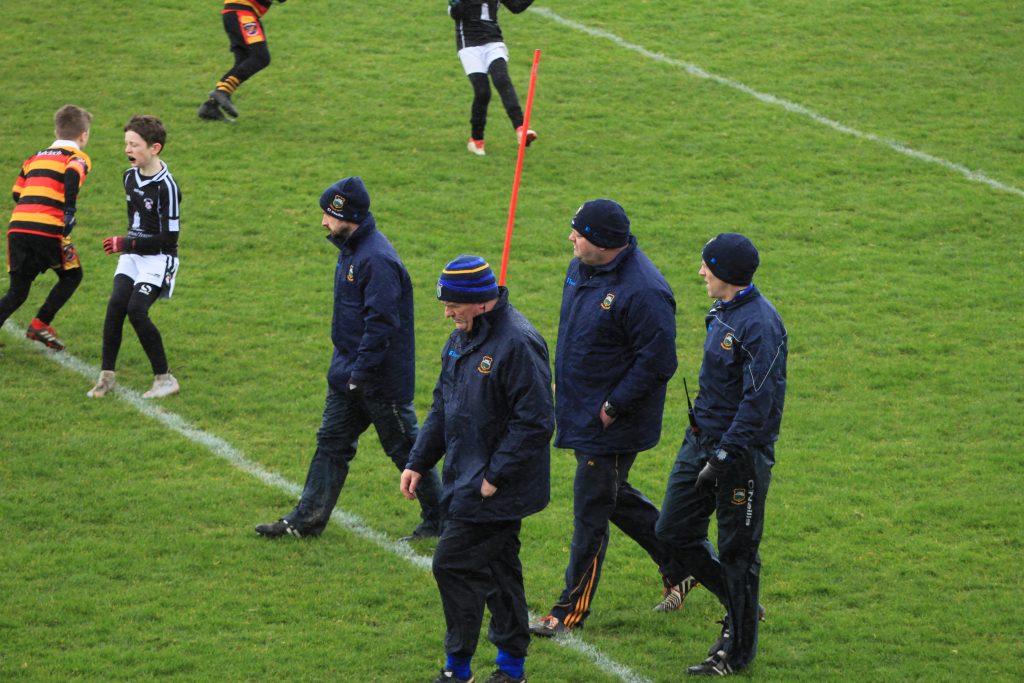 A wonder goal by Liam Boland in the 61st minute sparked a dramatic finish to a disappointing game in St. Conleth’s Park, Newbridge today as Tipperary chased down a nine-point Kildare lead and as the game entered injury time a Brian Fox effort levelled proceedings and it looked as if Tipperary were about to get something out of a game they, in all honesty, didn’t truly deserve. However, two late efforts from Adam Tyrell and Neil Flynn ensured the win for Cian O’Neill’s side. 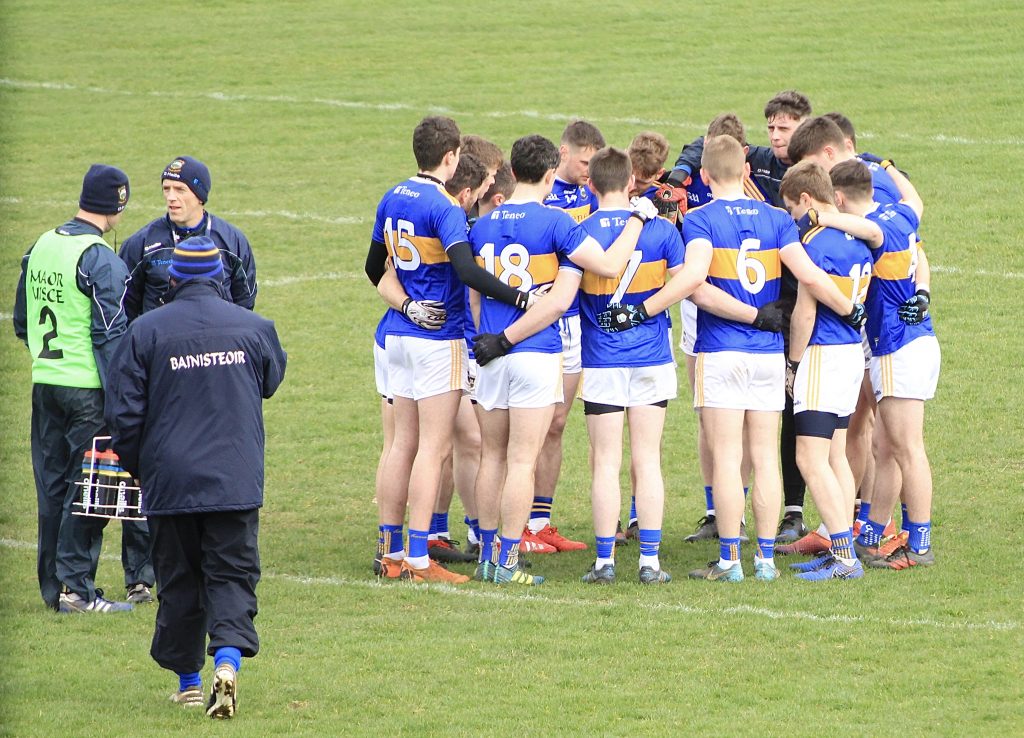 Tipperary players prior to throw in today

Liam Kearns made two late changes to his side as Colm O’Shaughnessy came in for the injured Kevin Fahey while Michael Quinlivan made his first start of the year starting ahead of Dan O’Meara but it was Kildare, playing with the wind, who made the early start and by the seventeenth minutes they led 0-3 to 0-1 with Tipperary’s score coming from a Liam McGrath free after Conor Sweeney was fouled.

With the breeze at their backs Kildare had hoped to go into the break with a sizeable lead but this appeared not to be on the cards as they led 0-5 to 0-2 approaching half time. Liam Casey got Tipperary’s second point after a powerful Steven O’Brien run ended up with Michael Quinlivan in possession who in turn fed Casey and the Cahir man duly pointed. The final few minutes were the winning and losing of the game as Kildare scored 1-2 without reply, Fergal Conway getting the Lilywhites’ goal.

Many Tipperary supporters were extremely pessimistic about their chances and this wasn’t helped with a Chris Healy point in the second minute of the second half. Conor Sweeney quickly cancelled this out with a point following a mark. Neil Flynn scored another Kildare point in the 46th minute and remarkably they would not score again until the 72nd minute when Adam Tyrell and a minute later Neil Flynn eased the stress levels among the home supporters to secure the win with late points.

Tipperary kept plugging away and two Sweeney efforts helped narrow the gap and in the 61st minute they got their big breakthrough. Conor Sweeney played an amazing cross field pass to Michael Quinlivan and the Commercial’s man blasted for goal but his shot was blocked and rebounded to Liam Boland who’s bullet found the roof of the Kildare net.

Kiladangan’s Dan O’Meara, who had earlier replaced Emmet Moloney, found himself in front of goal in the 70th minute and he made no mistake to leave the minimum between the sides and suddenly Tipperary found themselves in the game they never looked likely to be in.

And moments later the Premier fans almost lifted the roof off of the stand as Brian Fox drew the sides level but Kildare held their composure to score two late points with Liam Boland replying with one of his own.

Despite the loss there were a number of positives from the game. The return of Michael Quinlivan after a lengthy spell on the sidelines, and the fact he played the full 70 minutes augurs well for next week’s game, while Paul Maher and Paudie Feehan also saw action after injuries. Defensively Tipperary held Kildare scoreless for 26 minutes during the second period and they bravely kept plugging away until the full-time whistle.

Next week the side play Clare in Semple Stadium and a win in this game, along with Armagh beating Cork in the Athletic Grounds, will ensure our division two status. 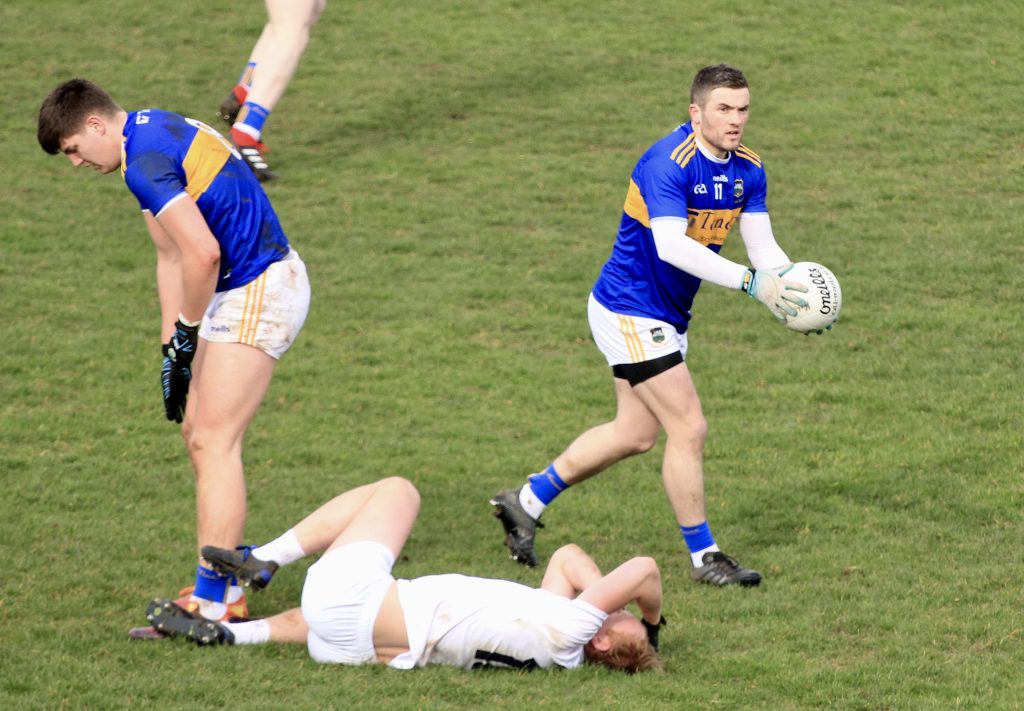