Confidence is a potent drug and after having their stash robbed by Roscommon last weekend, the Tipperary footballers were in dire need of a pick me up as they took to the field in Cusack Park yesterday. Alas, the weather and a determined Clare team would insure that they wouldn’t get their fix. 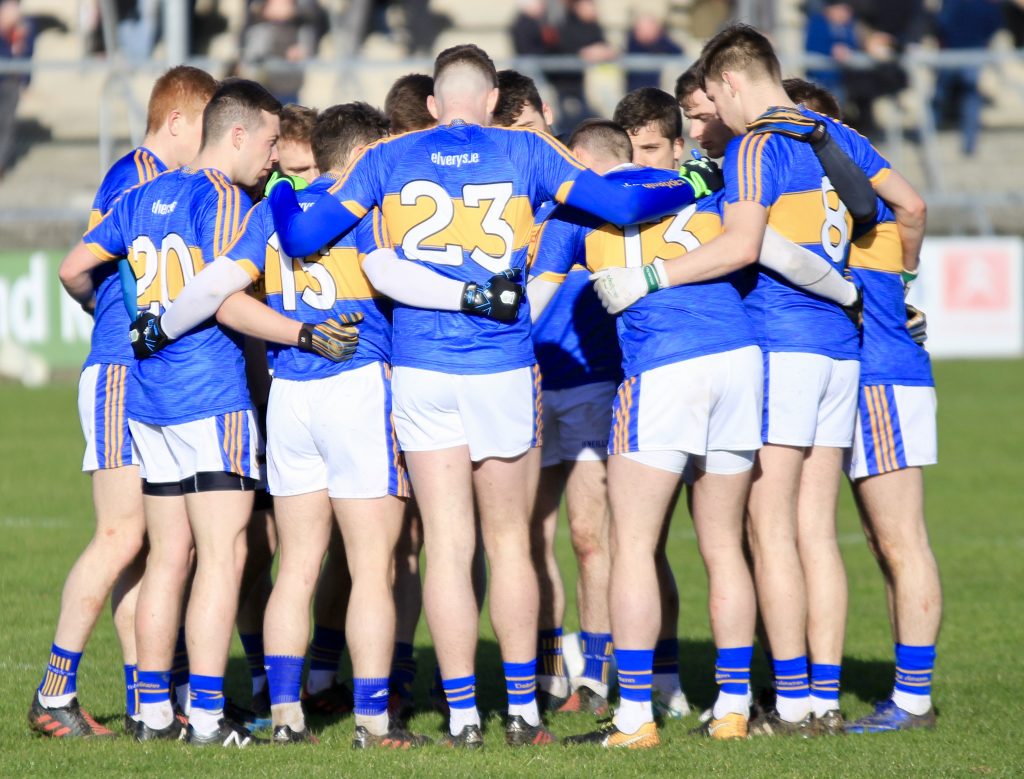 According to Dante’s Inferno, “Abandon All Hope Ye Who Enter Here” is the inscription on the gates of hell. The same inscription could  be put on the entrance to Cusack Park. 2.5 million euro was the estimated cost of the recent redevelopment there and the only visible difference seems to be a new scoreboard whose clock wasn’t working for the first half. At first glance, the cost of the redevelopment would rank up there with expensive coffins as a complete waste of money.

This was a game that was so bad, even Leroy Brown would have been embarrassed by it. Act One contained everything that is bad about Gaelic football although it must be said that a shower of hailstones in the opening sentence certainly didn’t help matters.

Tipperary played with the wind and the tide in the first half and after fifteen minutes led 0-4 to 0-1 (three from Conor Sweeney and one from Liam McGrath). But even at this stage we were turning over too much ball and looked vulnerable when Clare ran at us. If an Aer Lingus flight had diverted from the nearby Shannon Airport it could easily have landed in the space that we leave between our half back line and our full back line. 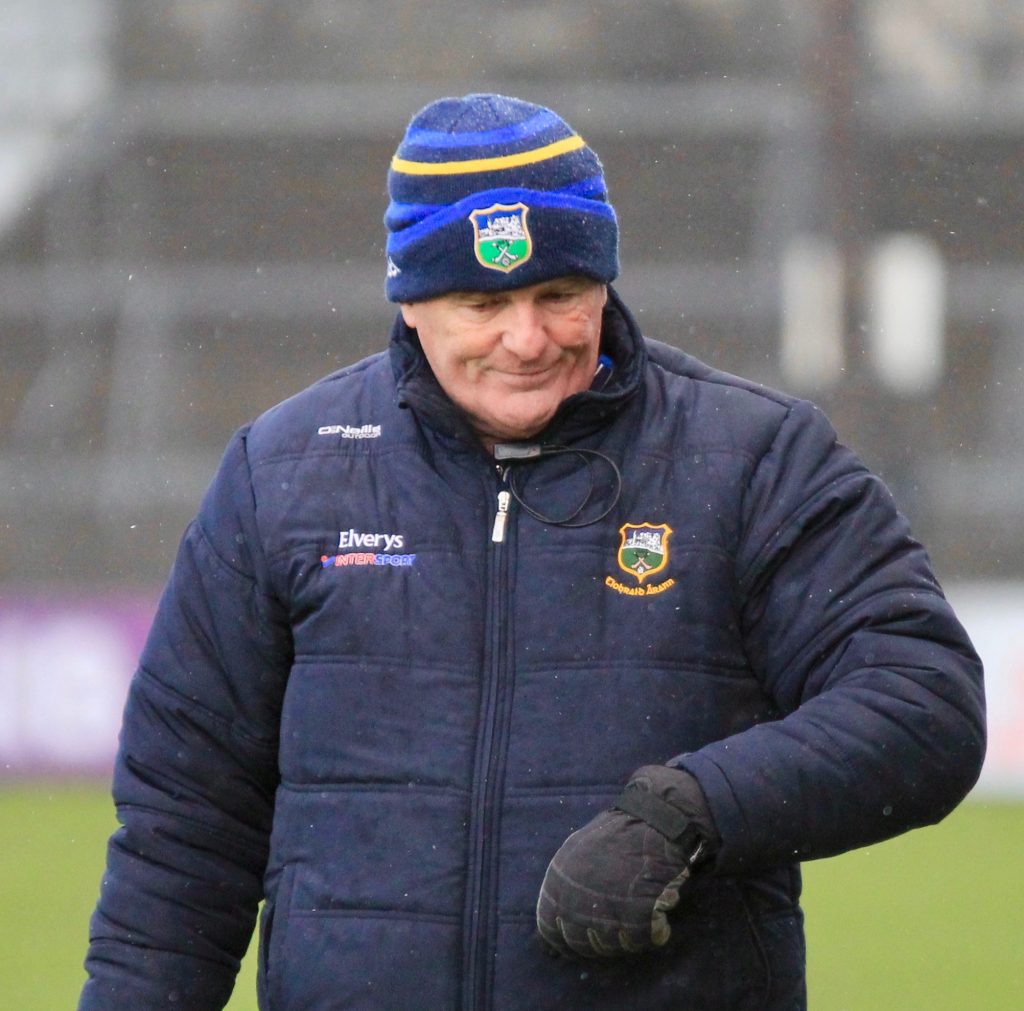 Gary Brennan was slowly getting on top in midfield and starting to drive into that space. He will have been disappointed to have only pointed after twenty minutes after waltzing through and finding himself one on one with Evan Comerford. 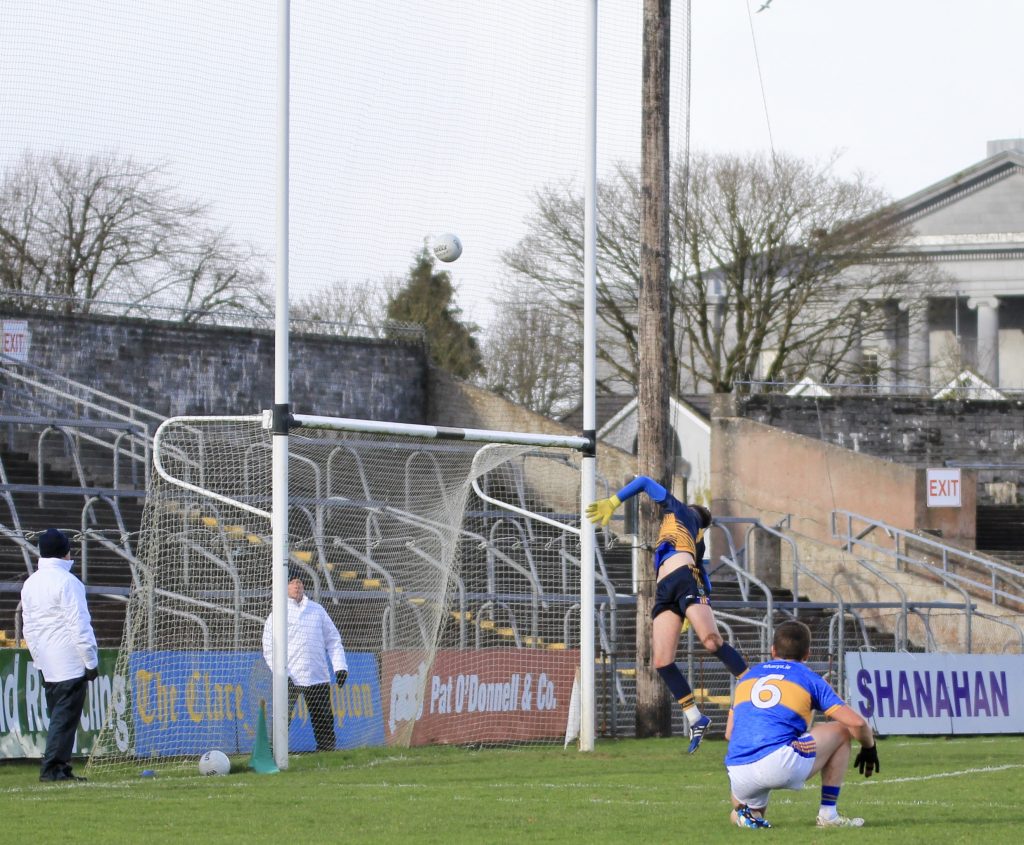 Tipperary were still enjoying the lions share of possession but time and time again carried ball into contact or over did the handpassing when a more direct approach would have served us better. On a day that called for prose, we insisted in trying to write poetry.

An accidental clash saw Michael Quinlivan come off injured after 29 minutes and with Clare now beginning to take advantage of our mistakes by kicking the final two points of Act One, the half time whistle brought blessed relief both for the Tipperary team and supporters. 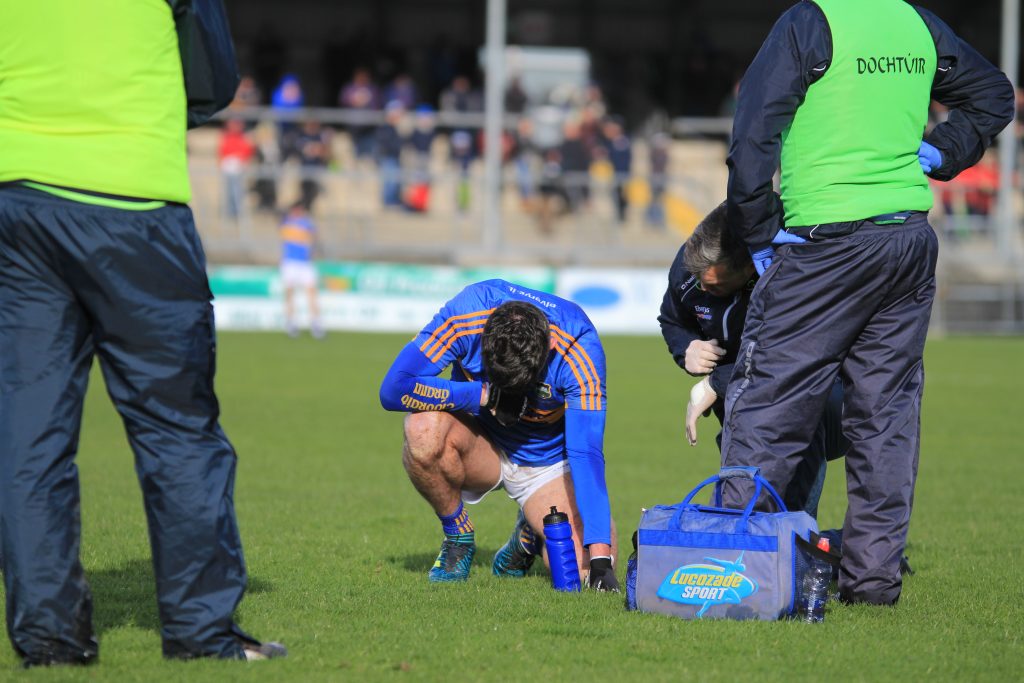 We led 0-7 to 0-5 (Sweeney 0-5, McGrath 0-1 and Casey 0-1) but you certainly feared that a two-point lead was not going to be enough see us over the line as Clare would have the elements in their favour for the second half.

Half time at the back of the stand is always a great place to meet disgruntled supporters and would be experts. Here, our problems are readily listed but no sensible solutions offered. The only common consensus amongst the supporters yesterday was that Brian Fox is a wonderful footballer and an even better warrior. 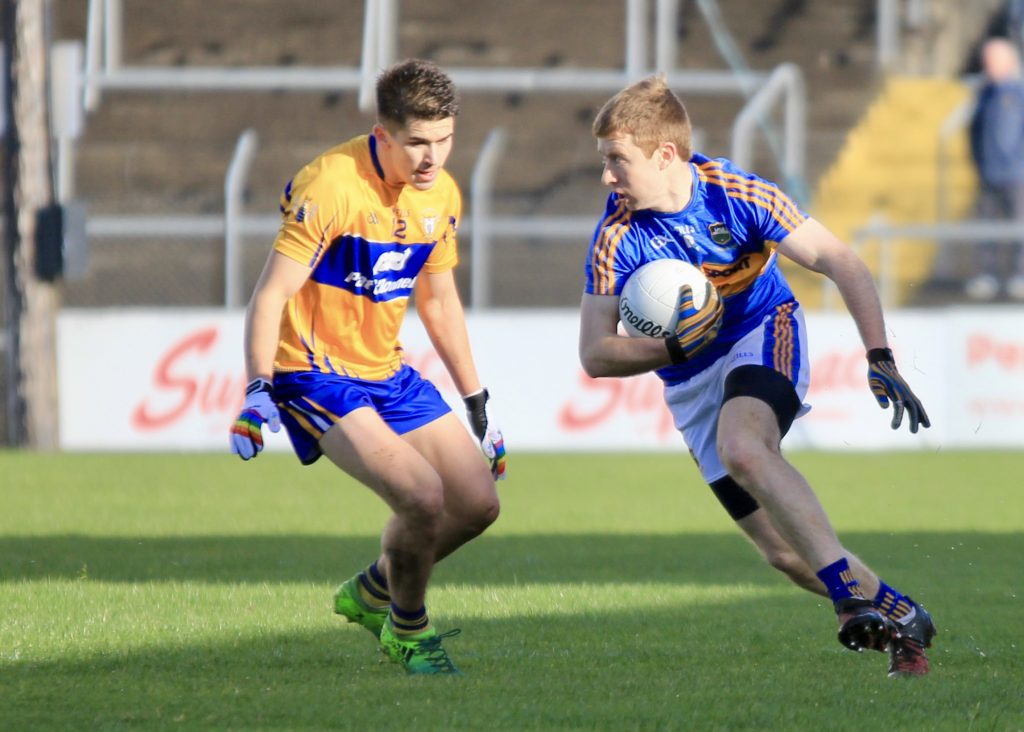 Act Two started as Act One ended, with Clare on top. Points from Pearse Lillis and Jamie Malone saw the game tied at 0-7 each after 40 minutes.

Shortly after, came the main talking point of the day. Jamie Malone chased down a ball in front of the Tipperary dug out. His momentum carried him over the sideline and into the path of Tipperary selector Shane Stapleton. Shane was knocked onto concrete in front of the tunnel but was up on his feet almost immediately. Despite Clare protests, the linesman deemed the “push” to be in cold blood and Malone received his marching orders. Unfortunately, a few minutes later, the effects of the fall took its toll on Shane and he collapsed. Thankfully there was positive news on Shane later in the day and after spending the night in hospital he was due to be released today. 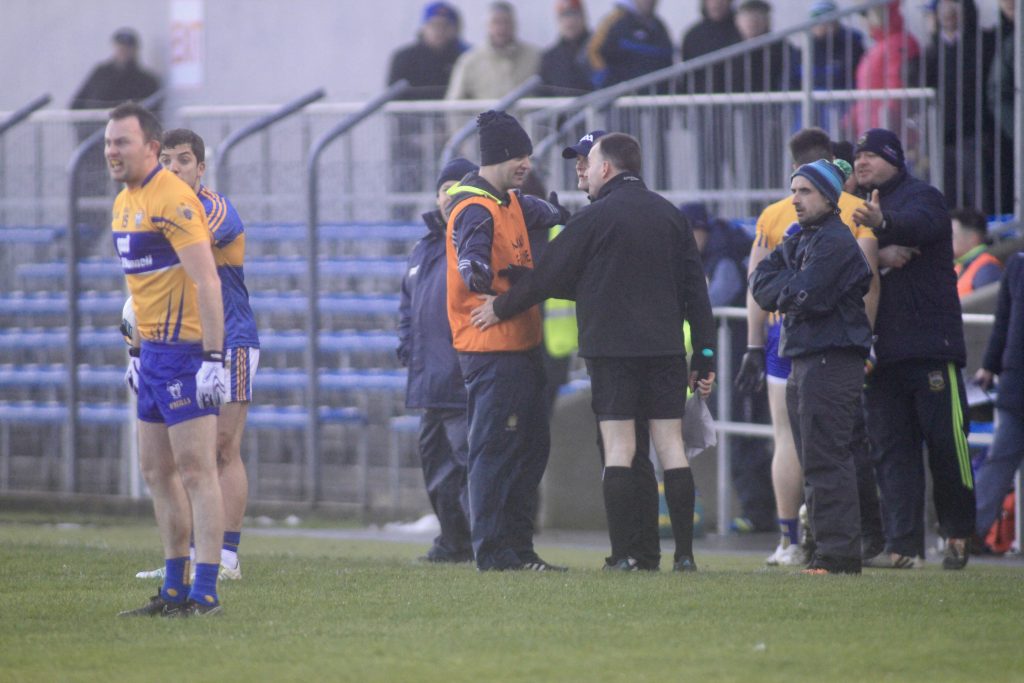 The numerical advantage helped Tipperary and points from Jimmy Feehan and Bill Maher saw Tipp 0-9 to 0-7  up with fifteen minutes to play. You hoped that the lessons of last week would have helped us to close out the game but we continued to be to commit too many men to attack leaving the cupboard bare at the back. Time and time again poor handling and decision making by Tipperary proved to be the launch pad for Clare attacks and with five minutes to go the sides were level at 0-11 points each. 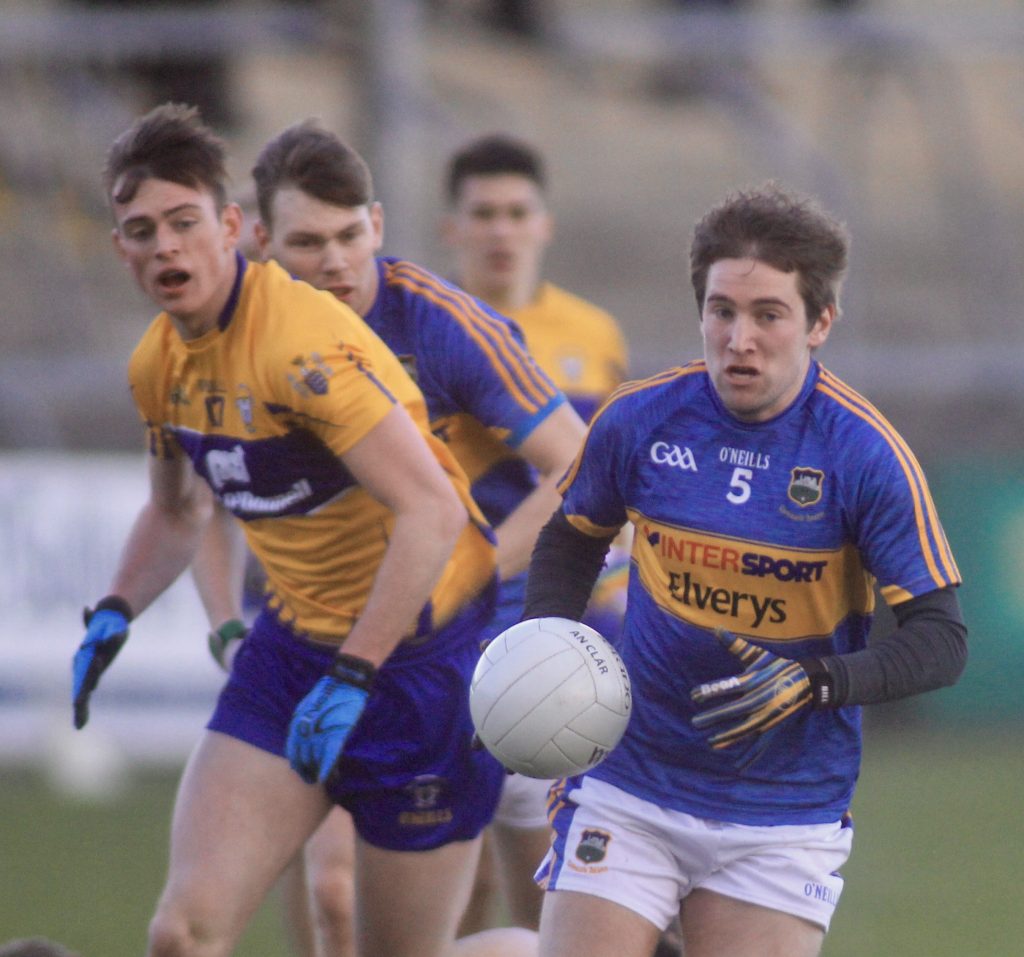 Missed chances from both sides over the last few minutes saw a game to neither team deserved to win finish in a draw.

This was our worst performance in a number of years and will leave management with a lot to ponder. If we continue to think that we can survive in Division Two without addressing our defensive frailties then we have reached the peak of self deception. 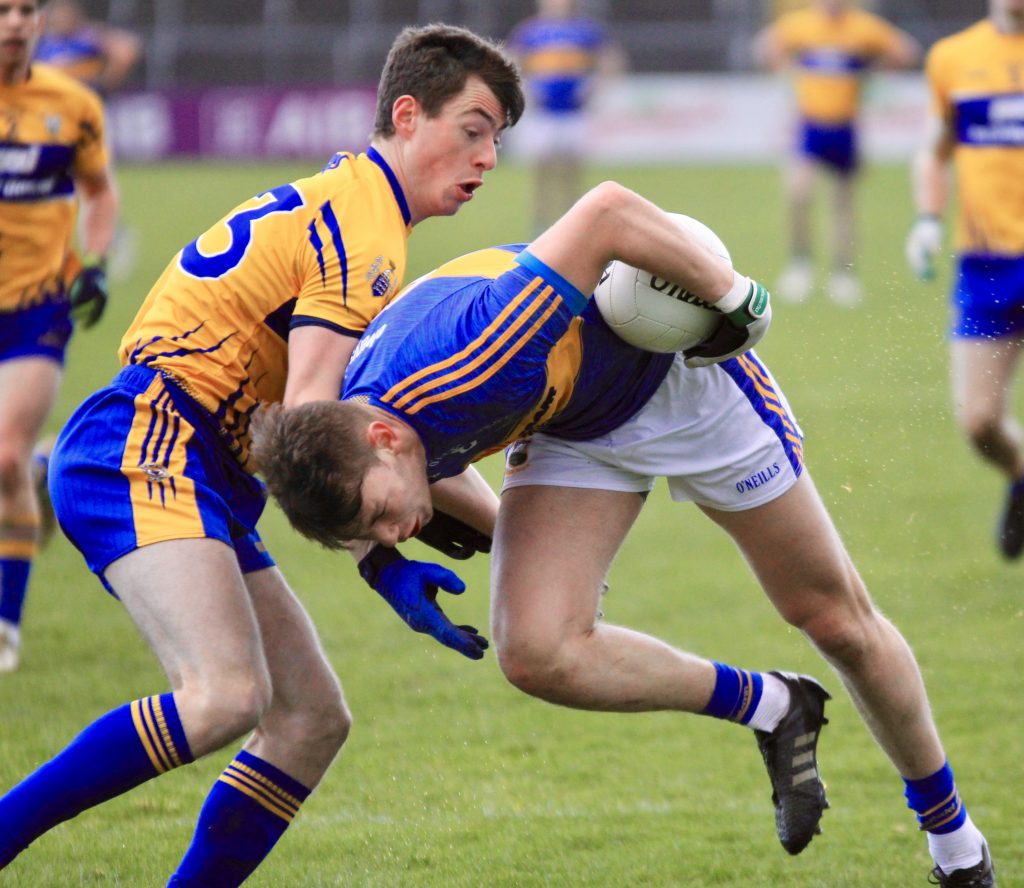