Best of Luck and Congratulations to Colin O’ Riordan 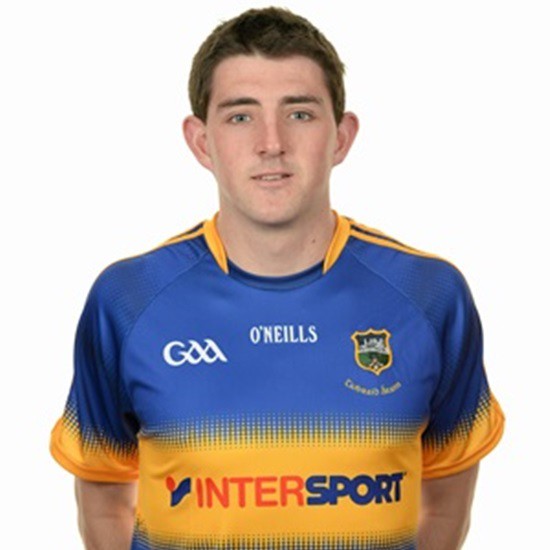 Colin had a glittering underage career with Tipperary winning two Munster minor football medals (2011, 2012), an All-Ireland minor medal in 2011 as well as captaining the county under-21 side to Munster glory in 2015. That same year he won a Allianz Division Four medal with the senior set up. The talented sports star was also well able to hurl and represented the Premier at underage.

The Killea man appeared to have a glittering Gaelic football career ahead of him before switching to the oval ball in Australia in October 2015.

Colin wont be alone this weekend as Sydney Swans have kindly flown out his parents Michael and Imelda to watch him make his debut against North Melbourne in the Etihad Stadium.

You can read an interview with Colin on the Sydney Swans website here.

Colin will also be interviewed by Ronan Quirke this Monday evening on Extra Time on Tipp FM and we look forward to hearing him discuss how his first senior match for the Swans went.

Congratulations to @colin_oriordan who becomes our 4th debutant for 2018!

A special moment for @colin_oriordan 🇮🇪
(Thanks to Rhyce Shaw for his creative input too!) #ProudlySydney pic.twitter.com/rtQ07XZ4U8

So proud of @colin_oriordan
He never takes a backward step in any aspect of life. You just can't beat hard work and attitude. Hope it goes well col.

No surprise to anyone who knows this lad. Congrats and best of luck Colin. https://t.co/HPyQmnn4VD

Few bits to hang up ahead of the weekend. Bouncing castle to arrive later. What a special weekend this will be. From his first trial in etihad where he signed with the swans. what a place to return for your debut. #bloods #swans #38 #debut #proudbro 🇮🇩🇮🇪 @sydneyswans pic.twitter.com/MNLzsLWHBZ

Congratulations to my friend @colin_oriordan who will be making his AFL debut on Sunday for @sydneyswans !! You are a top lad & you have inspired me big time also we are all very proud of you from @TippfootballGAA , your Jersey is still looking well👍🏻👍🏻 good luck pal! pic.twitter.com/KvxJYRzVpI

Great to see @colin_oriordan about to make his debut for @sydneyswans on Sunday. A class player for @Jkbgaa and @TippfootballGAA loved watching him play football and hurling. Always great to interview and what a top class footballer. Gowan d Swans! https://t.co/njPnIGlrQA