David Power’s brave Tipperary, after a thriller in Semple Stadium this evening, fell just short of the Rebels after a superb display

875 spectators in Semple Stadium this evening witnessed a brilliant game as David Power’s Tipperary played exciting, brilliant and attacking football which had the crowd enthralled until the final whistle. Scoring 21 points in a hurling match is a respectable return however in football it is simply superb however as the old saying goes, goals win matches and Cork managed three.

One of the most pleasing aspects of tonight’s game was that four players made their debuts and none looked out of place as Tipperary took the game to Cork from the get go and rattled off five points inside the opening eight minutes which had the crowd buzzing.

Ten Tipperary players managed to get on the scoreboard including two from Riain Quigley, making his first senior competitive start. Colman Kennedy, one of the most exciting minors the game has seen, had a lively first half before being substituted in the 29th minute due to injury while Jack Kennedy and Steven O’Brien dominated the middle of the field for long periods.

Cork did manage to draw level in the 26th minute through a Ruairi Deane goal but by the time the referee signalled the break Tipperary had opened the gap again to three, 0-12 to 1-6.

Two second-half Luke Connolly goals, including one from a penalty, ultimately ended up being the difference between the sides as Tipperary fought gamely and when Conor Sweeney reduced the margin to one deep injury time it appeared as if the Premier were going to get at least a point but unfortunately they just ran out of time. 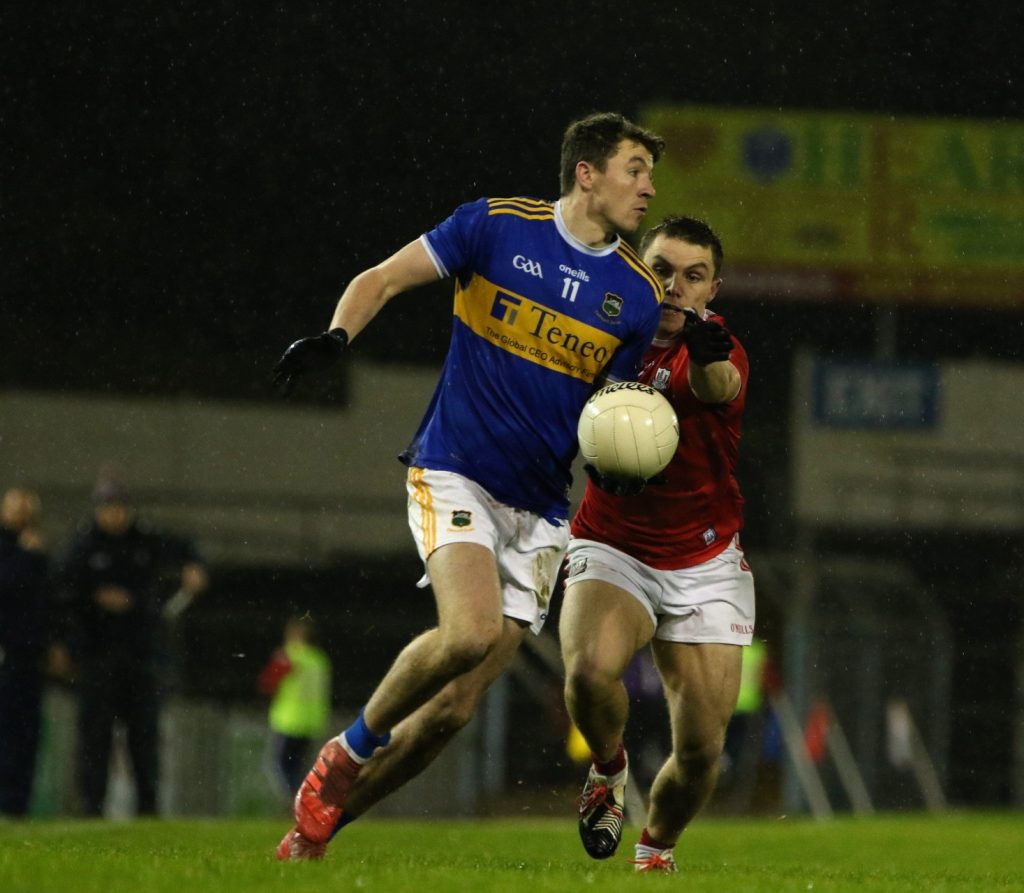 A disappointing result but a great performance from the Tipp footballers tonight. Hopefully things are on the way up again! @TippfootballGAA pic.twitter.com/fM9c9pPeyK

Delighted to be PRO of the Bloody Sunday Commemoration Committee.
Get along to some upcoming events if ya can (see below)..
Glad the white and green will be the new Tipp alternative jersey and keepers jersey and that Mick Hogans image will be on our beloved Blue and Gold #Tipp https://t.co/rtThmS5weo

Unfortunate not to get something out of the game but a good display of kicking and scoring by @TippfootballGAA in Semple tonight. 21 points in those conditions is some shooting. A few silly mistakes cost us but lots of positives to take into a must win game in Longford next week