This week the Tipperary Football Committee have released details of the two official launches of their strategic plan for the future of Tipperary football and these events will coincide with a reunion of some of our past football teams. 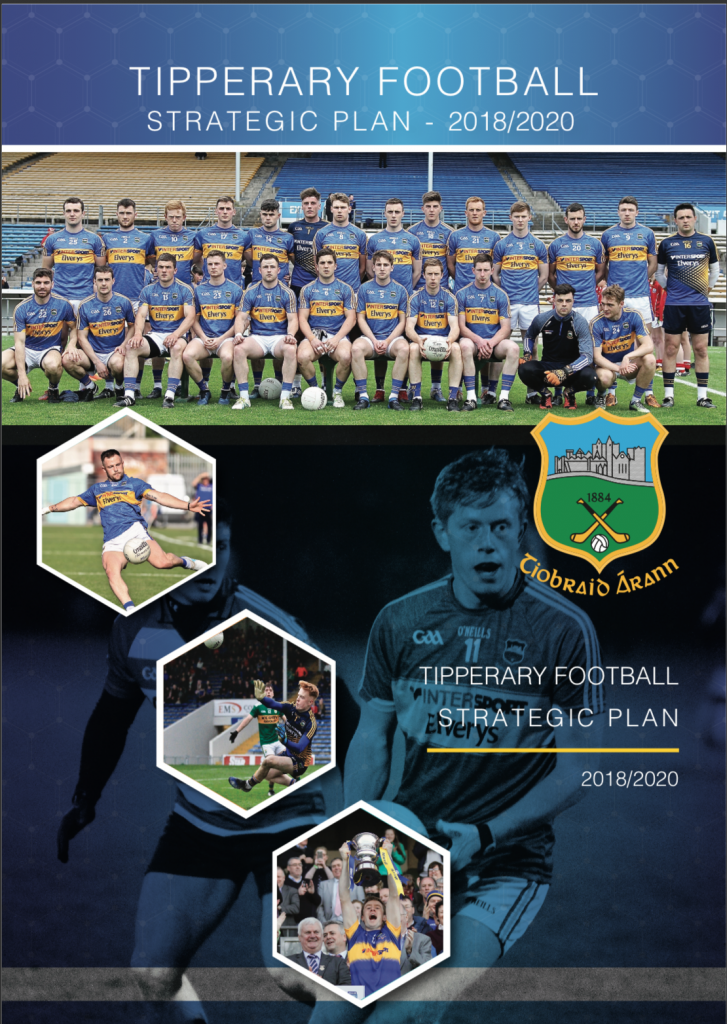 It’s been a few months since the initial meeting in the Anner Hotel to kick of the process of building a strategic plan for Tipperary football and after a good deal of input from a lot of people, the good news is that we’re almost there!

Following that meeting, 30 people worked in one of the six groups formed to take the suggestions from the night and formulate the first draft of that section of the plan. As a reminder the six sections were as follows:

These individual plans were presented to, and reviewed by the Tipperary Football Committee. After some minor additions and amendments the full plan was presented to the Tipperary County Board Executive and at a recent meeting of county board club delegates for approval.
The final draft is now with the printers and will be available in the coming days. We are holding two separate launch events as follows:
– Hibernian Inn, Nenagh on Saturday August 25th.
– Clonmel GAA Centre on Saturday Sept 8th.
Both events will take place at 9pm. At the Nenagh event we will also honour the All Ireland Junior Football winning team of 1998 and the Clonmel launch will also serve as a re-union of the Tipperary Senior football teams of 1993, ’94 & ’98 who all reached Munster Senior Football finals.
Both these events are open to all, and in particular we extend an invite to all who have been involved in any way with the development of this plan and anyone who has an interest in Tipperary football in general. Copies of the plan will be available on the night and published subsequently on relevant social media platforms.