Disappointment as Tipperary Exit the Munster under-20 championship

It has been a year to forget for Tipperary football with our seniors, minors and now under-20s exiting the championship much earlier than we would have liked with Limerick becoming our arch-nemesis in both codes. Last night our footballers entered the championship on a good run of form following wins over Waterford, Carlow and Wexford in the Andrew Cordon Cup as well as notable displays in challenge games and so were bitterly disappointed to find themselves on the wrong side of a 1-13 to 1-12 scoreline when referee James Birmingham blew the full-time whistle.

Played in front of 697 paying spectators it was Limerick midfielder Jack Downey who became the Treaty’s hero after he pointed a ’45, three minutes into injury time, to send his side through to the semi-finals where they will face Kerry. Tipperary did have a chance to level it moments later when Seán O’Connor tried his best from a difficult free, forty yards out by the New Stand, however his effort fell short much to the delight of the travelling support. To be fair to O’Connor there was huge pressure on his shoulders and it was a difficult free at the best of times.

Tipperary started the game brightly and by the fifteenth minute led 0-6 to 0-2. Tom McGlinchey’s side were defending well and quickly converting defence into attack refusing to allow the Limerick backs time to organise.

By the break Tipperary were 0-8 to 0-5 to the good and got the dream start to the second half when Rian Quigley found himself inside the large parallelogram at the Town End goal and he drilled his shot low and hard past Jamie Hickey in the Limerick goal. Two quick points followed and Tipperary appeared to be in a commanding position with their eight-point lead.

However Limerick showed great composure and determination for the remainder of the half to reel in the Premier’s lead. Tipperary failed to score for the next fifteen minutes as Limerick rattled off 1-4, including a stunning Noel Callnan goal which was worth the admission fee alone.

Two minutes from time substitute Niall McAuliffe, with his very first touch of the ball, levelled the counties before Jack Downey’s late winner secured the win for Limerick. 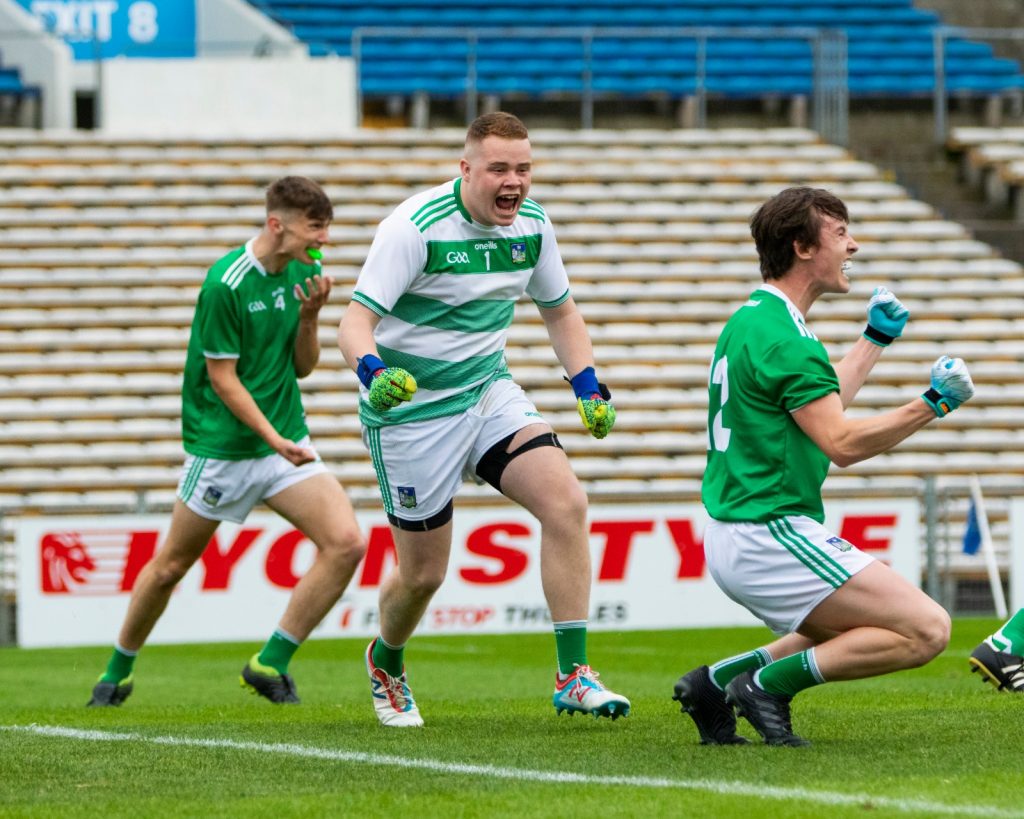