Courageous Tipperary Lose Out in Extra-Time Thriller in Páirc na Gael in the EirGrid Munster Under-21 Football Quarter Final. 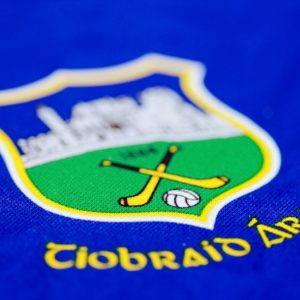 Playing for 40 minutes with a numerical disadvantage, manager Declan Browne, can take a lot of pride in his charges determination and effort throughout a pulsating 80 odd minutes of exciting football but unfortunately, they ultimately fell to a Limerick side that simply refused to give up.

There was little to separate the sides in the first half with Limerick entering the break with a single point advantage, 0-5 to 0-4. Jack Kennedy was in fine form from placed balls scoring two frees and adding a ’45 along with Joe Ryan’s free to make up Tipperary’s half time tally.

Indeed, Tipperary’s luck was not in approaching the half-time whistle when Joe Ryan’s shot found the woodwork and Limerick goalkeeper, Richard Hayes, made a fine save on the rebound blocking Stephen Quirke’s goal bound effort.

Disaster struck the Premier men moments into the second period when Emmet Moloney received his marching orders following a second yellow card but his team mates earned themselves huge credit for the way they took the game to Limerick and with four minutes gone in injury time, Jack Kennedy converted a free from 45 yards out, it looked like victory was Tipperary’s but credit to their counterparts, they did not panic or throw in the towel and Robert Childs, who had been introduced as a substitute earlier on, kicked an amazing point to send the game to extra-time.

Tipperary had been reduced to thirteen when Willie Connors saw red and Limerick themselves were also reduced to fourteen when Josh Ryan was sent off with moments remaining.

Both sides were restored to fifteen for extra-time but Tipperary suffered another set-back when Jack Kennedy, who was having a fine game was black-carded. He was replaced by Jordan Murphy, who himself also saw black. At that stage Tipp had used all eight out-field substitutes and he could not be replaced.

Tipperary had extended their lead to 0-13 to 0-10 during extra-time but legs became weary from all the efforts and Limerick showed great composure to outscore their opponents 0-6 to 0-1 to give themselves a two-point victory and set themselves up for a semi-final appearance against Cork.