Fantastic Limerick Knock Tipperary out of the 2019 Munster Championship 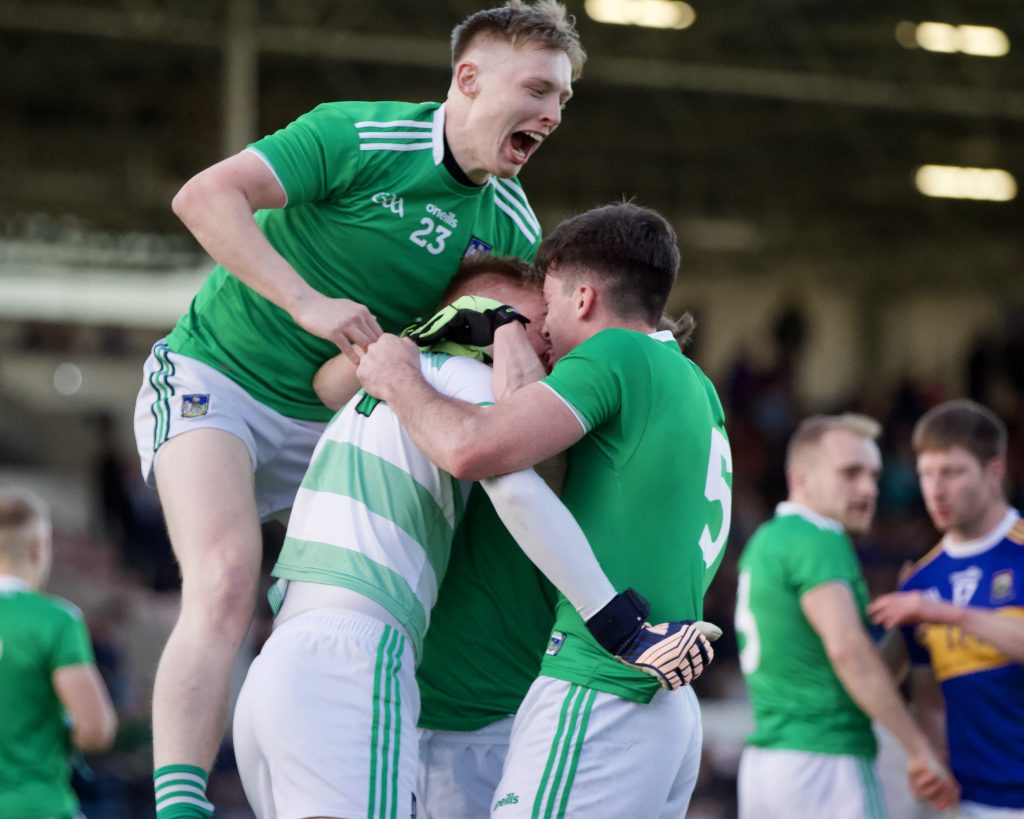 When referee James Molloy stood with his arms outstretched as he blew the full-time whistle it was clear for all to see in Semple Stadium just what this win meant for Limerick as players and supporters celebrated in the dying light of the May sunshine in Semple Stadium. Ranked at 1/20 outsiders Limerick flung the form book out the window as they recorded their first win in the Munster championship since 2012 in front of 2,165 spectators.

Having won just two games in division four of the Allianz league this year few gave Limerick any chance in this encounter but they themselves played with a focused passionate desire as they tore into Tipperary from the off. By half time the sides were level 0-8 apiece but the visitors to Semple Stadium were clearly the better side and would have been disappointed not to be in front.

At midfield Tommy Childs and Darragh Treacy dominated, winning numerous kick outs and subsequently set up many attacks with Jamie Lee and Adrian Enright in particular benefitting scoring 0-2 each.

Tipperary needed to hit the ground running in the second period but it was Limerick, through a majestic point from captain Iain Corbett, who opened the scoring. Eleven minutes later Corbett blasted home the game’s opening goal and not long later Cillian Fahy added their second. Tipperary were shellshocked and it took until the 59th minute for them to get their first score of the second half, a Conor Sweeney pointed free.

Five minutes later Michael Quinlivan kicked a superb goal to give the Premier hope of an undeserved win as the gap was reduced to 2-11 to 1-9 but Limerick showed their mettle, they refused to panic and remained composed in possession and were duly rewarded when Peter Nash finished a fine move to the net.

For Liam Kearns and Tipperary they now await their fate in the qualifier draw while Limerick look forward to a Munster semi-final clash with Cork. 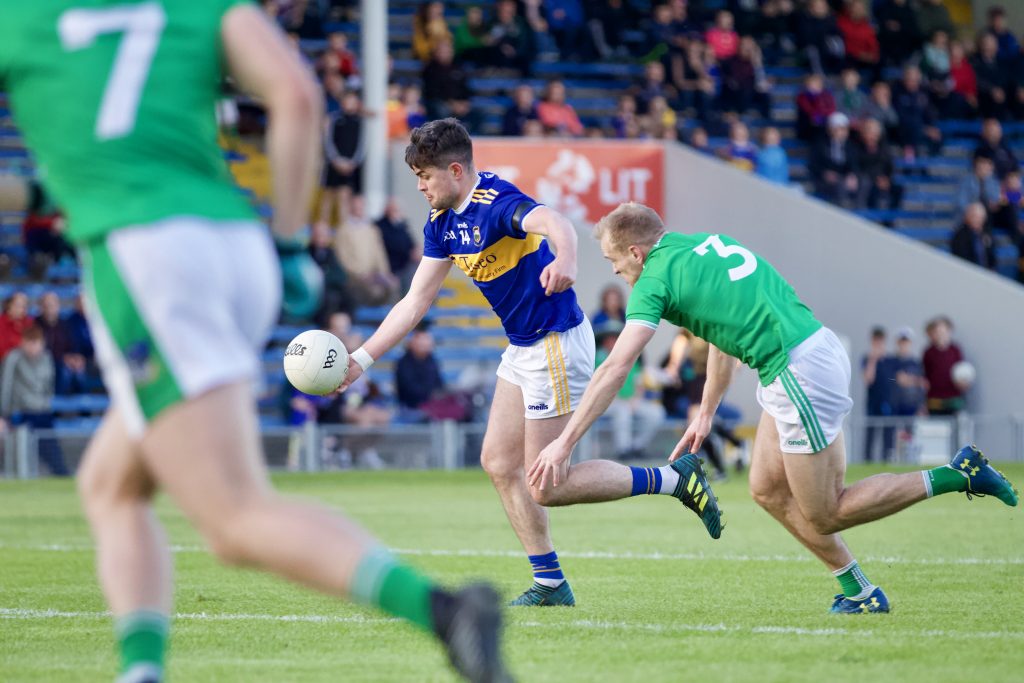 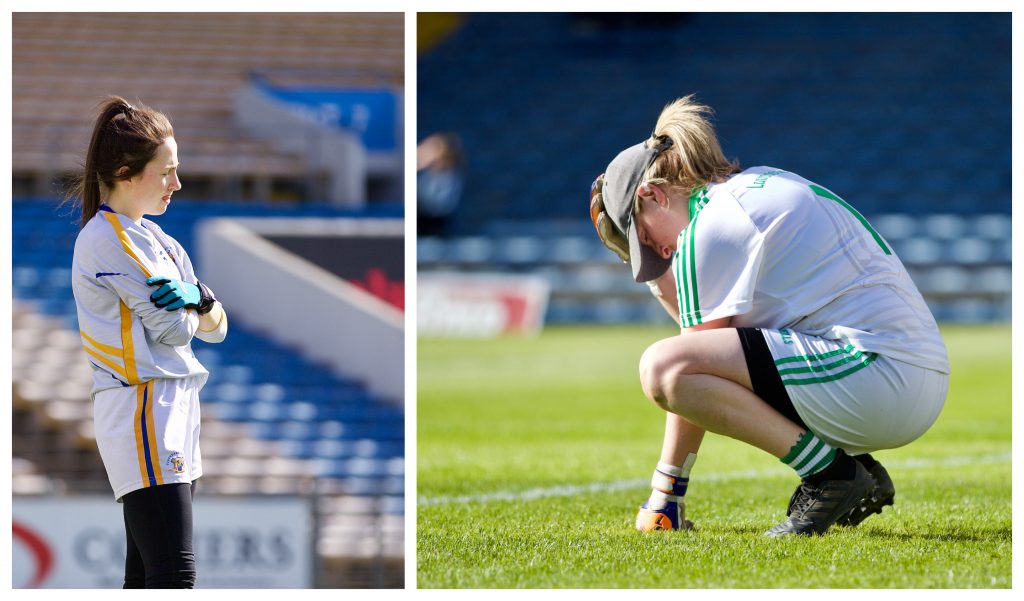 Tipperary goalkeeper Lauren Fitzpatrick wonders if she will have anything to do while Limerick’s Maire Lyons wonders if there’s anything more she can do © www.sportsfocus.ie

In better news the Tipperary LGFA side recorded a comprehensive 10-22 to 0-4 win over Limerick in the Munster intermediate championship. From the off it was clear that there was only going to be one winner as the Premier completely outclassed their opponents, scoring at will. Shane Ronayne will know his side will face sterner tests in the weeks and months ahead but for now he will be thrilled with the application shown by his charges. 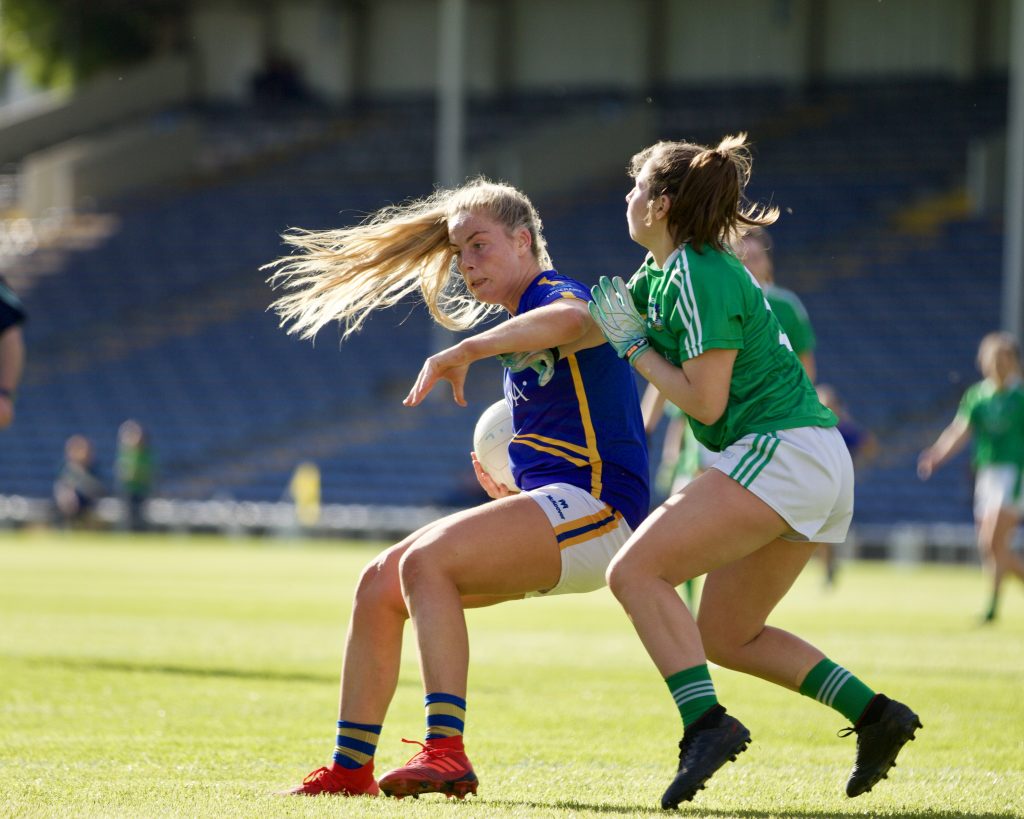 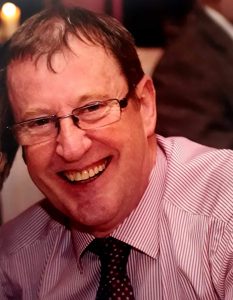 It was with great sadness that we learned of the passing of Inane Rovers and Roscrea stalwart Jimmy Cunningham during the week. Jimmy was a lifelong GAA supporter and passed on his vast knowledge of Gaelic games to numerous youths in Roscrea and beyond over the years.

To help with the medical costs and to relieve pressure on the family a Benefit Game has been organised in St. Cronan’s Park Roscrea on Saturday 25th May at 6pm which will be followed by refreshments, music and a monster auction in Phelan’s Market House Roscrea.

Items on the night to be auctioned include signed jerseys from the Tipperary hurling and Gaelic football teams, signed Munster and Leinster rugby jerseys along with trailers of timber and turf among other items.

This promises to be a fun filled evening with Jimmy having served with numerous teams both inside and outside the county and highly respected by all those who have had the pleasure of working alongside him down through the years. Players and management from all these teams will be in attendance on the night.

Tickets are priced at €10 and are currently on sale from committee members, all pubs in Roscrea and various GAA clubs across the county. Your support for this event would be greatly appreciated. 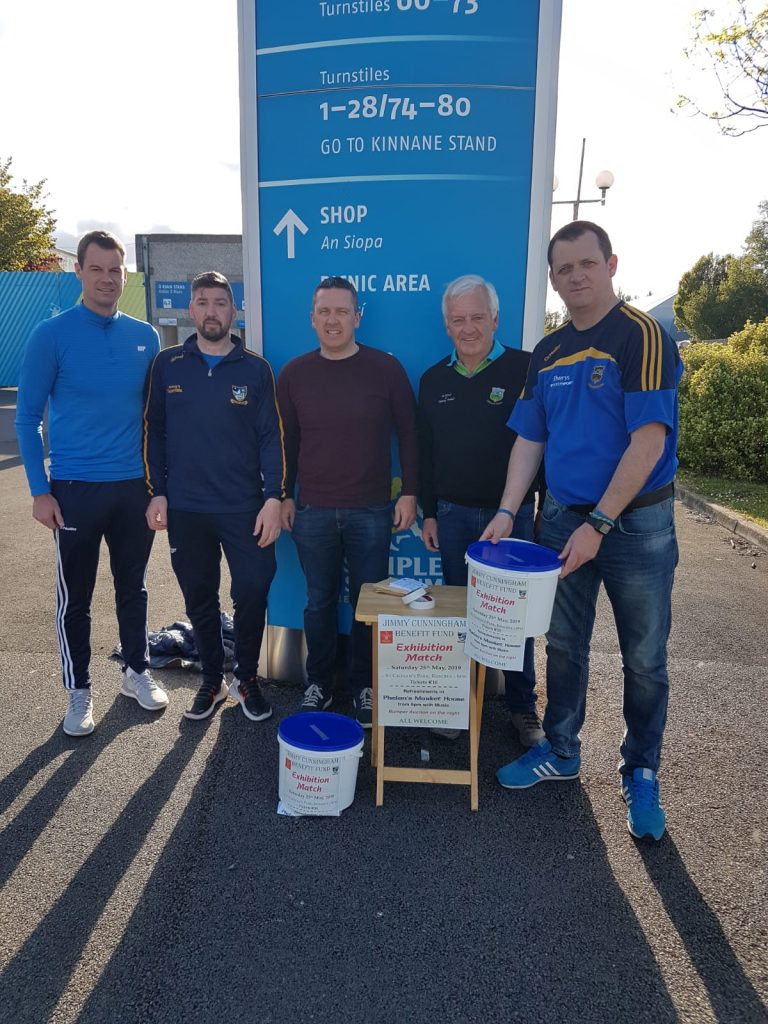