Football in Templemore is like a dormant volcano. At times you think it’s extinct then without warning it pours out lava not to mention fire and brimstone.

It took us 134 years to accumulate nine county titles and then in 2018 we manage to win three more. Last Saturday our junior-A footballers added to the county titles in minor-A football and under-21A football when they defeated Ballylooby/Castlegrace and it’s a year the three musketeers of Nick Keane, Jack Prout and Andrew Ormond will never forget as they were on all three teams.

You would want a shockingly cold heart not to feel sorry for Ballylooby. They controlled this game for longs periods but never got to grips with a wind that was breathing diagonally towards the Cashel dressing rooms and its vagaries caused them to kick a string of wides, twelve in total compared to JKB’s four and that proved to be the difference between the teams. 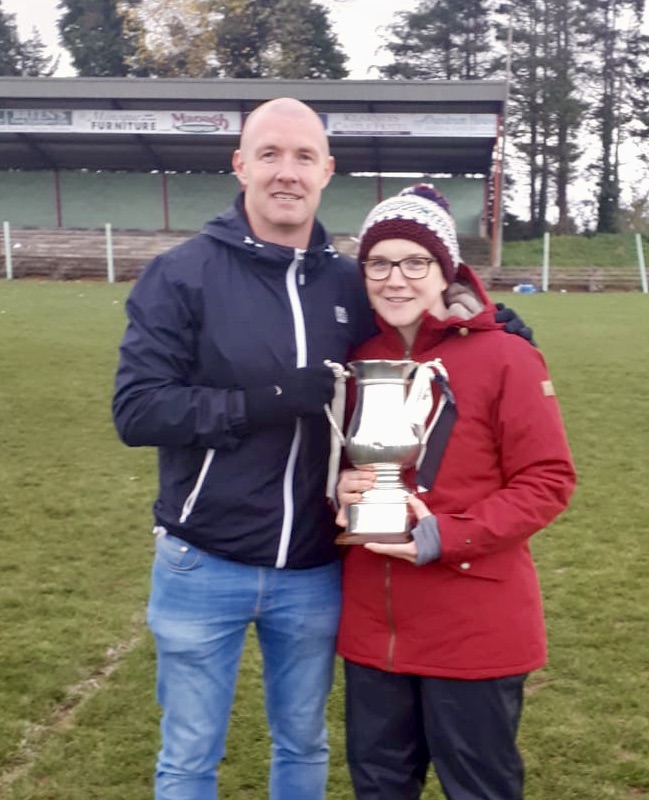 This was a game that had everything except scores. Two alarmingly honest teams went at it from the time referee Padraig Skeffington threw in the ball. Ballylooby, chasing their first ever county title, hit everything that moved and a few things that didn’t in the opening minutes. I have seldom seen a team execute the tackle as efficiently as the South boys did throughout the game. Time and time again they turned over the JKB ball but time and time again they failed to capitalise on their hard work and the man on the electronic scoreboard in Cashel will never have an easier day at the office.

Fourteen minutes had passed before the first score of the game arrived courtesy of Dylan Maloney. It has been known for years that Dylan could write an essay with that left leg and once he was put in space by the outstanding Dean McEnroe, you knew the posts would be split. It was an unlikely lead for Brackens as Ballylooby had registered a number of wides before that and missed a glorious chance when James Farrelly, playing in his first county final at 37 years of age, went full length to deny Barry Cooney a certain goal. It was a wonderful save from a man who had trained all his life for this moment and when it arrived he wasn’t found wanting. 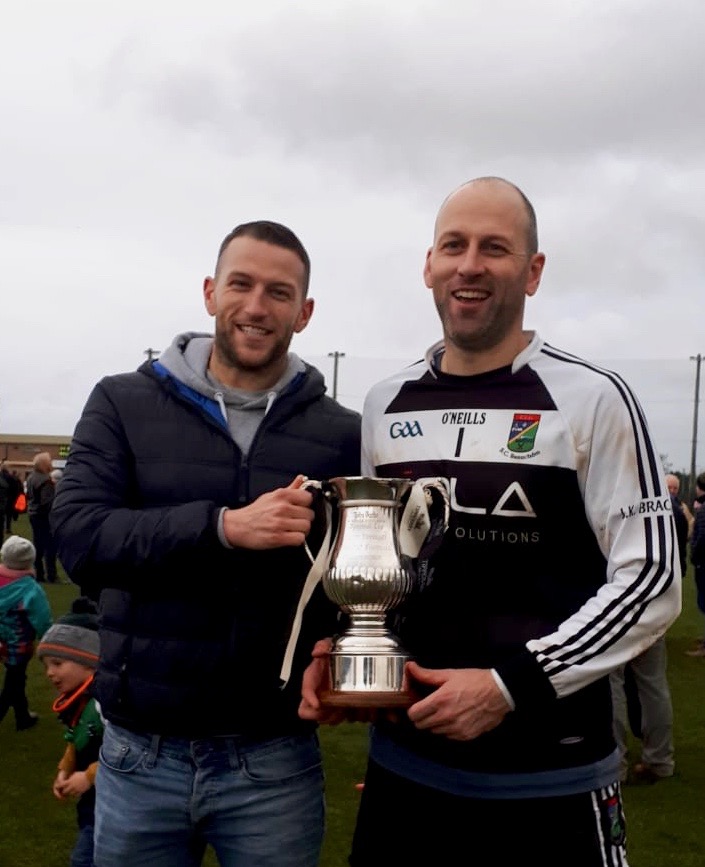 David O’Halloran and Luke Murphy finally found the range for Ballylooby before, just like in the under-21 and minor finals this year, Nick Keane found Andrew Ormond with a pass and he ripped through the opposition defence to level the game. Brian Kennedy, who based on his semi-final and final performances, seems to have spent the summer being coached by William Tell, added a third JKB point on 28 minutes before Willie Dunne closed out a fascinating first half with a point to ensure the teams would head for the tea break level at 0-3 apiece.

At half-time the purists were disgruntled about the quality of football on offer. They were of course wrong. The rain that fell that morning meant that this was never going to be a game for the poets and what the football snobs fail to understand is that prose has its own virtues. The scoreboard may have read 0-3 points apiece but the exchanges had been of such a manly nature you suspect that even Casper the Ghost wouldn’t have got away with hiding in the corner. This was real football played by real men.

A feature of this JK Brackens campaign had been the intelligent runs of Paudie Bourke at full-forward and two such runs at the start of the second half led two fouls which Dean McEnroe converted.

Brackens began to take control and with the elements in their favour, the fat lady could be heard in the background limbering her vocal cords as she prepared an ode to a glittering JK Brackens performance. However, Ballylooby were not about to lie down and the fat lady was quickly bundled off stage.

The last twenty minutes of this game saw them camped in the JK Brackens half. In fact, JK Brackens only managed to get the ball inside the Ballylooby 45m line, five times in those last twenty minutes but crucially came away with two scores from those infrequent raids. The first when Dylan Maloney pulled a kick-out from a low flying cloud, exchanged a one-two with the Mikey O’Meara before soling 40 yards and swinging over a point with that left leg for the score of the afternoon. On the 45 minute mark Dean McEnroe added JK Brackens last score of the day, a free from outer space, and then the Ballylooby version of the Charge of The Light Brigade began. 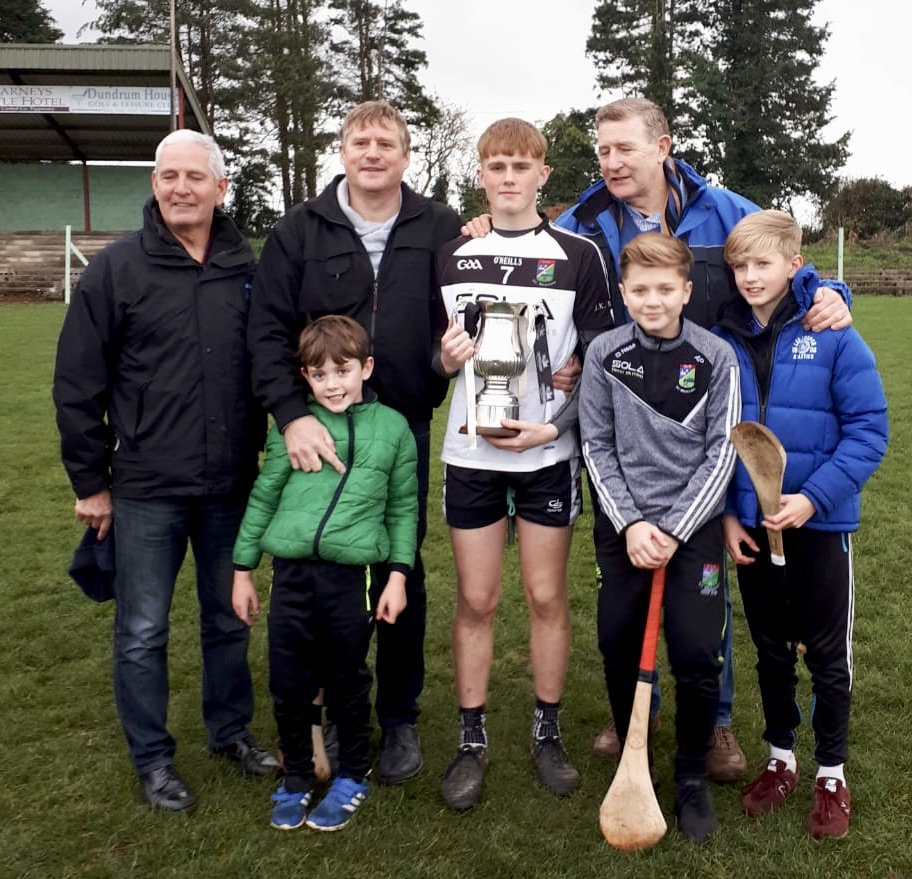 In complete control, they charged at the Brackens defence like a drunk man coming home from the pub only discover he had lost his key and instead of trying to pick the lock, they tried to batter down the door. But the Brackens door would not budge.

In a straw poll in Eamon Butler’s pub on Saturday night, Spooner Ryan was awarded Man of the Match. It was a deserving honour as he did more than most to halt the Ballylooby charge. Time and time again he read the danger and intercepted the Ballylooby passes. People in the stand deemed him lucky to escape a second yellow when he slid to intercept a pass but from my view point at the other side of the field, I felt referee Padraig Skeffington called it right as it was just a committed challenge rather than dangerous play. He may have been a little late but at Spooners age, he got there as soon as he could.

If there was an award for vice-man of the match it would surely have went to Mickey O’Meara. He was outstanding over the hour and time and time again did unpaid and unpensionable work for his team.

The old adage goes that backs win games and forwards just decide by how much. This was never as true as last Saturday. Michael Lynagh patrolled his area well and dealt with everything that was thrown at him. He was ably assisted by captain James Bergin, a man as committed to JK Brackens as Tonto was to the Lone Ranger and young Jack Prout who never put a foot wrong all day. In the half-back line, Brendan Guider was rolling back the years and Keith Kennedy produced tackle after tackle, turning over ball without ever giving away a free. It was a display of tremendous discipline from all six backs and when the numbers needed bolstering the every willing Jack Kennedy was back to help out.

Despite the heroics, Brackens still couldn’t get out past the half way line so re-enforcements were sent for. First in was, Stephen Quinlan, who last year, was in Whitfield Clinic getting his cruciate repaired but good old fashioned hard-headed determination got him to the field on Saturday and in the circumstances, he performed heroically.

Stephen Owens brought a sense of calm to proceedings with his trademark intelligent use of the ball and the piece de resistance finally came when Kevin Mulryan, a man whose last known postal address was Tír na nÓg, was introduced. As you would expect he produced a champagne performance. 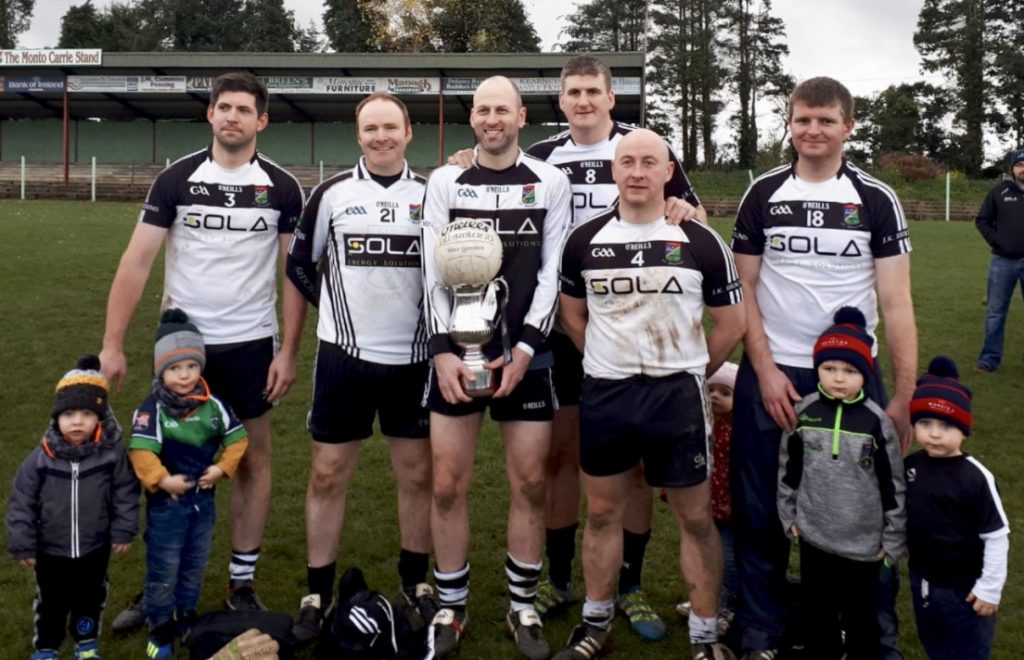 But for all the Brackens heroic defending, this is a game that Ballylooby should have won given the amount of possession they enjoyed. Poor-shot selection as much as poor shooting cost them dearly. I remain unsure if luck deserted them or they deserted luck but as shot after shot went wide or dropped short, the shooting became more desperate and you sensed from a long way out that this was not going to be their day.

As so it proved.

All paradise broke loose at the final whistle as for the third time this year, Brackens supporters celebrated a county final victory. 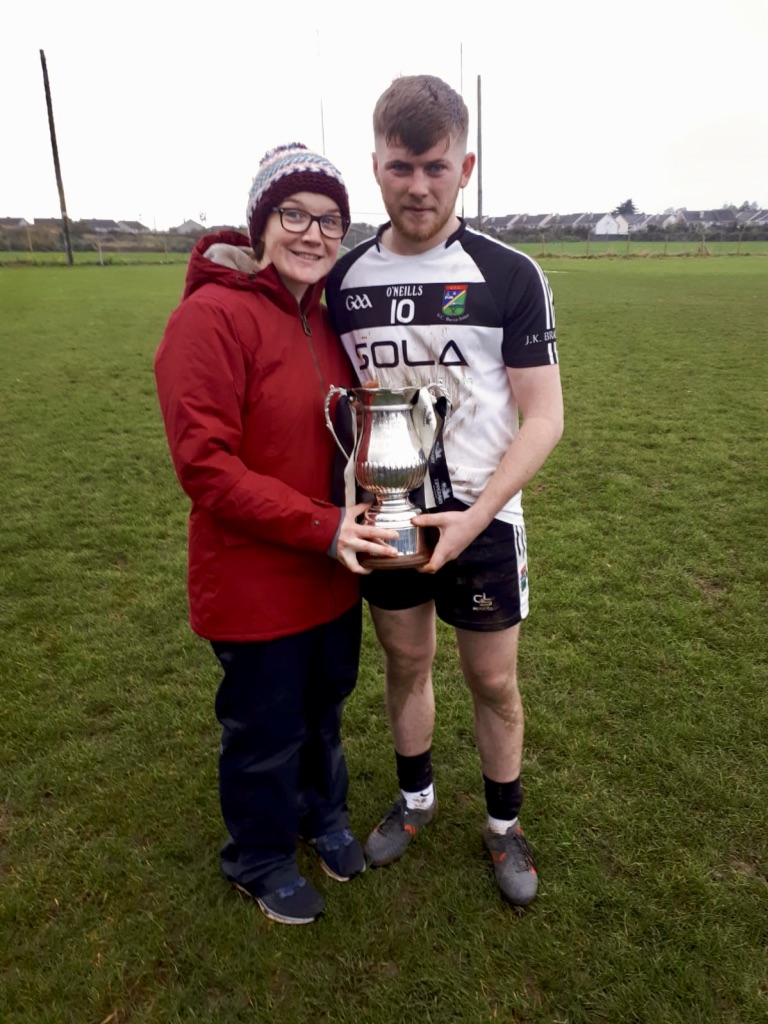 A special word must be reserved for the management team of Jim Mullen and Mel McBride who masterminded their second county final of the year. They now sail away into the sunset with their quiver full to the brim with trophies and leave a record that will be very hard to beat not to mention equal. They were aided and abetted in this success by the mother of the club, Aoife Percy, whose organisational skills pulled this team together.

Outside Butlers Pub on Saturday night the weather may not have been tropical but inside it was like the Bounty Bar ad come to life.

A man could get used to this!