Tipperary minor and under-17 manager Matt Doherty, has announced his minor panels for the upcoming season. 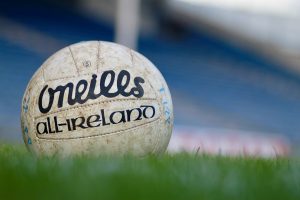 Following a vote at the 2016 congress the GAA have decided that from 2018 onwards the minor football and hurling inter-county championships will be played by under-17s only. This decision came about in an effort to reduce the stress of combining inter-county minor commitments with the Leaving Certificate as well as tackling player burnout. These under-17s will not be allowed play at adult level and also it should prevent club matches being held up due to a player’s involvement with his county team. This decision does not extend to club level and therefore there will be no change there. The inter-county under-21 football championship will also be changed to an under-20 age bracket but this will not be the case in hurling nor at club level.

This all means that in 2017 there will be two minor championships: an under-18 grade as well as an under-17 competition.

The under-17 team open their campaign with a quarter final clash in Semple Stadium on Tuesday April 4th against Clare while the following Wednesday, April 12th Cork will provide the opposition for the under-18 side, again in the Munster quarter final in Thurles.

In other news Kevin Hanly has published his story on autismireland.ie Kevin is a very well known supporter of the Tipperary GAA teams and win or lose, he is always one of the first on the field to commiserate or celebrate with the players. He has been at all the Tipperary football league games this year and will travel to Armagh again this Sunday to cheer on the team. He has been interviewed in various media outlets including Today FM and has featured on Tipp FM with Jackie Cahill. He is held in high esteem by the football panel and famously Peter Acheson presented him with his jersey following the win over Galway last year while Colin O’ Riordan sent him a Sydney Swans jersey last Christmas. You can read Kevin’s story here: https://autismireland.ie/news/kevin-hanly-story/ 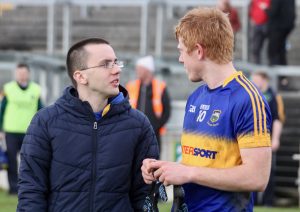