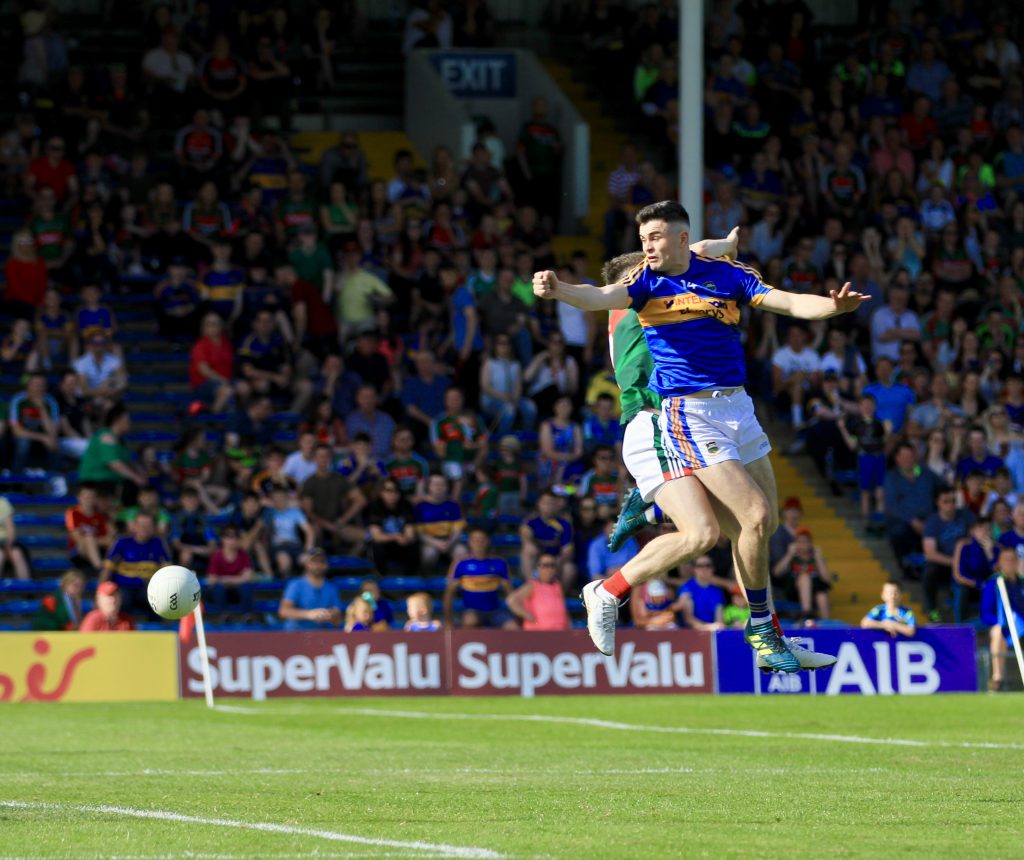 After a fantastic battle, brave Tipperary bowed out of the championship this evening in glorious sunshine in Semple Stadium and while this team has gone well past the stage of celebrating moral victories, they can be proud of the fact that they left absolutely everything and more out on the pitch. 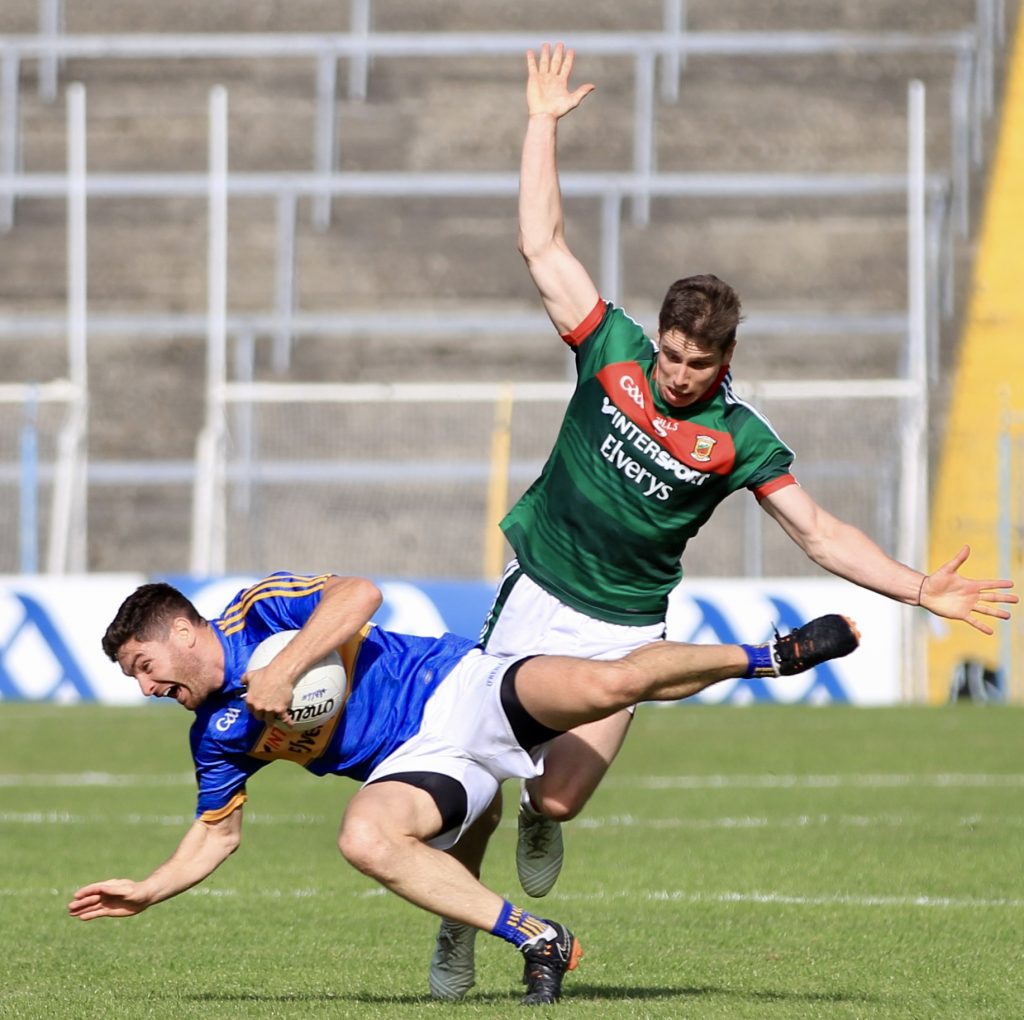 There’s no doubt that Mayo have been the second best team in Ireland in recent years and the Premier had them in all sorts of bother and looked at many stages as if they would march onto the next round of qualifiers but unfortunately, the craft and guile gained over recent campaigns stood to the Westerners as they ran out eight point victors in front of 11,257 spectators. 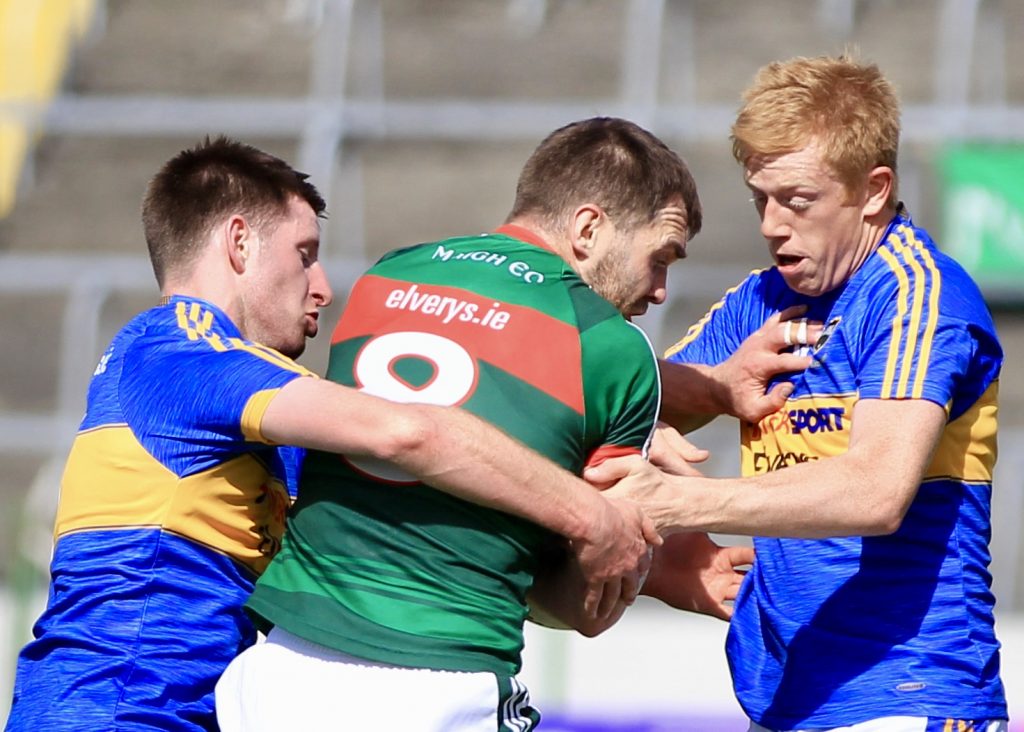 By the 52nd minute Tipperary were deservedly three points in front and it could have been more but for wayward shooting and then Mayo landed a sucker punch, a fortuitous James Durcan goal, a bodyblow from which the Premier just could not recover.  Last year’s beaten All-Ireland finalists reeled off seven more points as they glided home for victory, secure in the knowledge that their name would be added to the drum in Monday’s qualifier draw.

At the break Tipperary led 1-7 to 0-8 with Tipperary’s goal coming courtesy of Michael Quinlivan, a badly needed tonic at the time as Mayo had taken a 0-4 to 0-0 lead and things looked bleak from the Premier’s point of view. 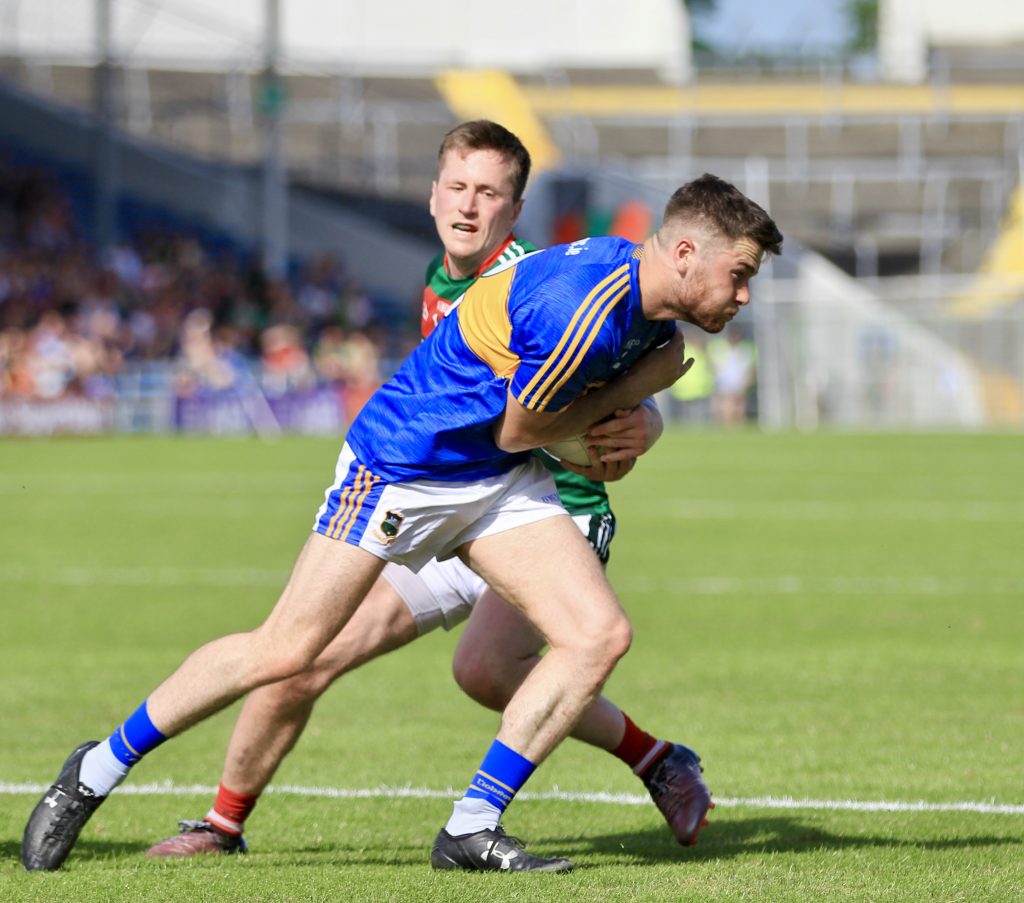 Upon the resumption Tipperary scored three points through Quinlivan, Sweeney and McGrath to give the home supporters something to roar about before Mayo gained control.

The result ends Tipperary’s year, a year which saw them secure another season in Division 2 and the manner of today’s game certainly gives the players and management plenty of reasons to go at it again in 2019 with confidence and belief. 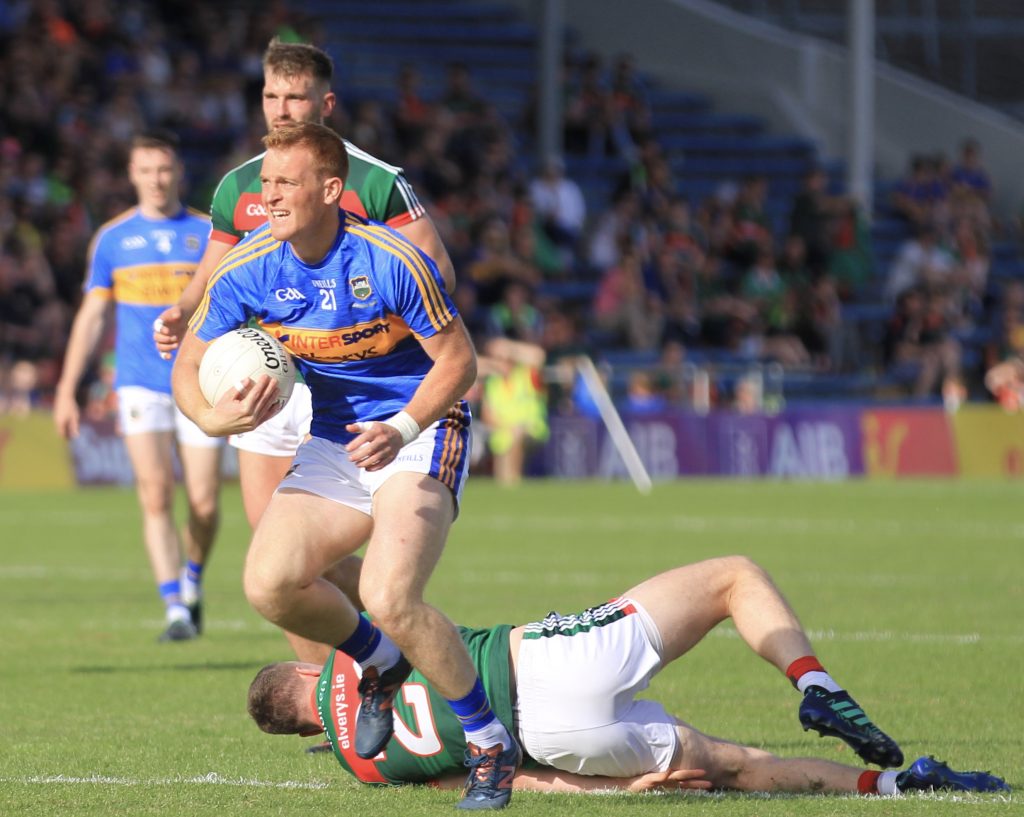 Super proud of @TippfootballGAA today, ye were brilliant again and are a credit to the county, lucky goal completely deflated us and never recovered, Mayo in trouble up to that point, great to meet @TomParsons_8, absolute gent, best of luck with your recovery 👍

Ah what do ya say….. Bad start again, brave and brilliant 50 minutes and then a cruel last 10! Tried so so hard to get the crowd behind us and make up for the cork game. Lads worked so hard this year. Hope they kick on next year.
Will never forget @robbiek6 words after the game