Rebels With a Cause Gun Down Tipperary

Rebels With A Cause Gun Down Tipperary 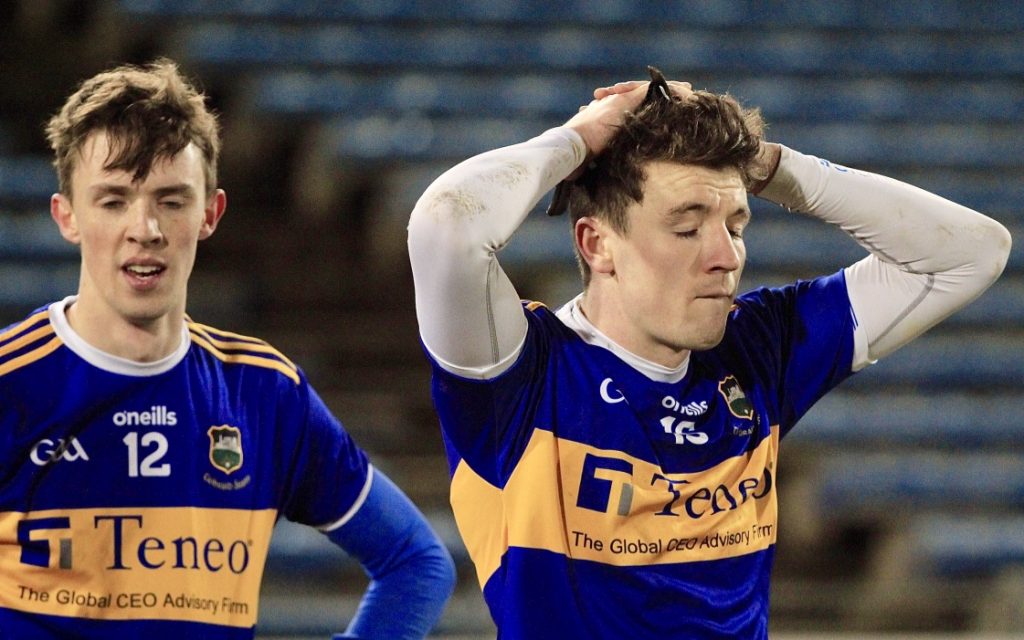 It was a disappointing night for the Tipperary footballers as Cork earned a deserved win in Semple Stadium this evening and earned themselves their first win in this year’s league and while Tipperary are still in with a shout of maintaining their division two status, tonight’s result has made it all the more difficult. 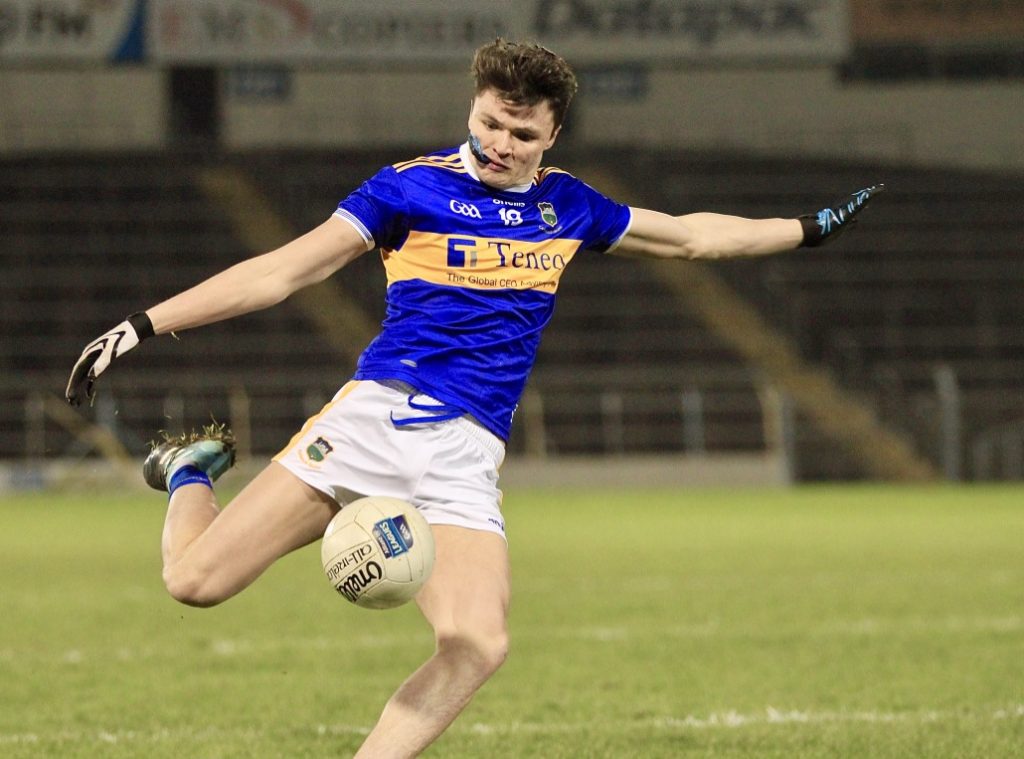 Conal Kennedy was unlucky not to score a late goal chance

Tipperary started the game brightly and in front of 1197 paying spectators, had two early points on the board from captain Conor Sweeney. But once Michael Hurley and Mark Collins equalised, Cork found their stride and Luke Connolly put them one in front moments later followed by another Hurley point.

Jack Kennedy and Brian Fox levelled proceedings as Steven O’Brien and the aforementioned Jack Kennedy began to dominate the middle of the park. However despite this, Luke Connolly, Eoghan McSweeney and Paul Kerrigan all pointed to ensure Cork went in the half-time break with a 0-7 to 0-4 advantage. 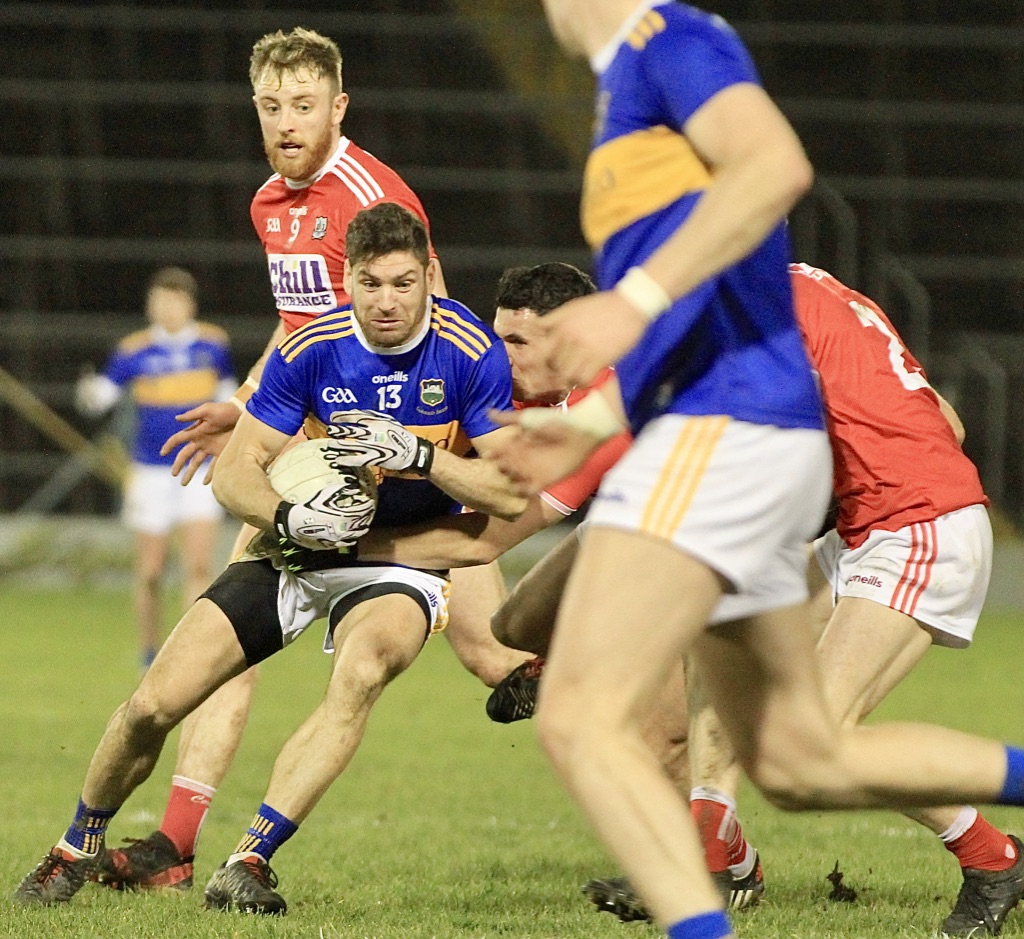 Philip Austin in a crowd of players

The ten minutes after the interval was probably the winning and losing of the match as Cork owned the ball while Tipperary retreated into their own half and allowed Cork score three points to open a 0-10 to 0-4 advantage.

To be fair to Liam Kearns’ side they did show tremendous fight and took the game to the Rebels and with four minutes to play, only three points separated the sides when Ruairi Dean scored a late Cork goal. Many teams would have dropped the heads but Tipperary didn’t and brought the game back to three points with scores from Dan O’Meara, Conor Sweeney and Jack Kennedy and had strong claims for a penalty when a Cork players appeared to touch the ball on the ground in the small square but referee Fergal Smyth turned down all appeals and awarded a ’45 instead. Tipperary crowded the square and were unlucky not to see the ball cross the line as it pinged around the place before the referee signalled full-time.