The Curious Incident of the Missing Minor Trophy 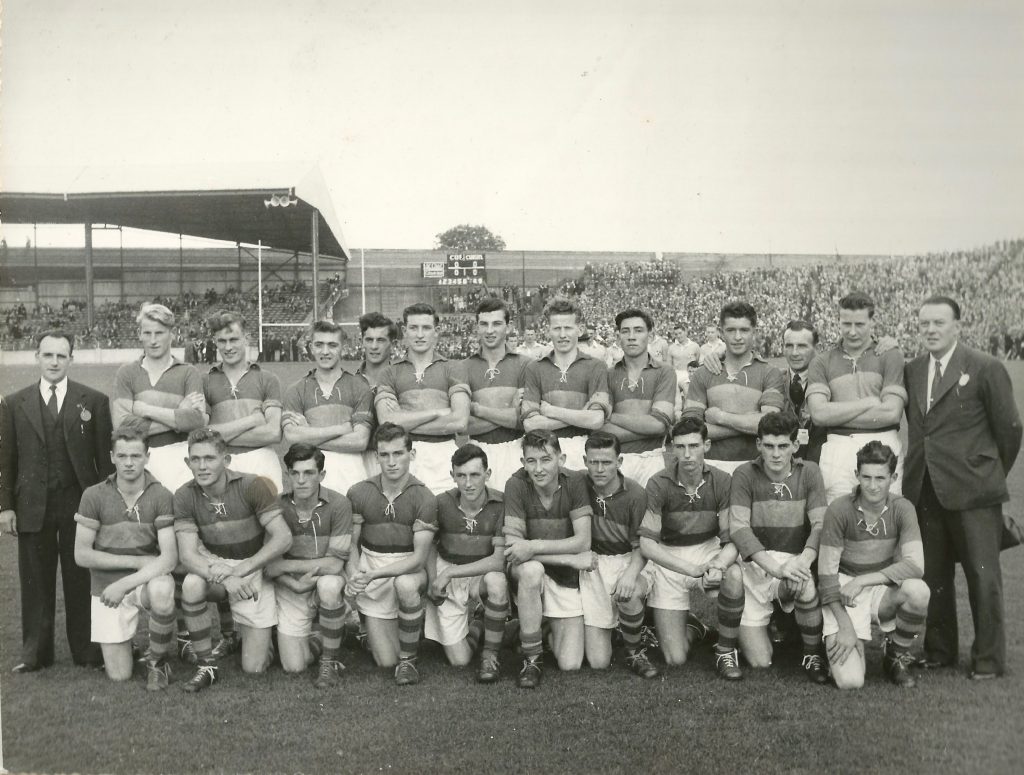 In 1955 the Tipperary minor footballers caused a major stir in GAA circles when they captured Munster glory after defeating the Kingdom by a solitary point in Thurles before accounting for Mayo in the All-Ireland semi-final after which they came unstuck against Dublin despite putting in a tremendous performance. 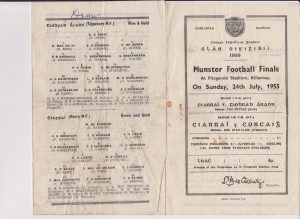 However, this was no flash in the pan as the Premier men proved themselves worthy of the crown having already accounted for Cork in the Munster semi-final, 2-6 to 1-2, and later drew with Kerry in the Munster final in Killarney in front of a vocal home support prior to the senior final between Munster’s big two. 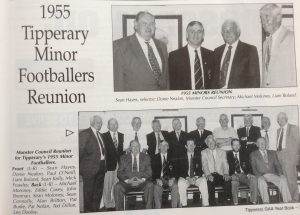 Described by J.D. Hickey in the Irish Independent as “the best Tipperary minor football team for a generation or more” there’s no doubt that these young men could play with a swagger and no end of confidence. Their forwards were “a revelation” and the team were “the more polished exponents of the game” in the drawn Munster final. According to the Cork Examiner the only reason Kerry managed to earn a replay was due to the kindness of “Damn Fortune smiling on the holders” as a point from G. Weir “in a desperate rally” drew the sides level in front of an attendance of 23,403.

Today we associate forward movement as a modern phenomenon but this Tipperary team’s attackers refused to stay in their traditional positions which caused all sorts of confusion for the back men they encountered throughout the year and made them exciting to watch. This is a testament to the coaching they received from their management team of Tim Looney and Sean Hayes.

It’s hard to win a Munster championship but to do so after a seven-point win over Cork and to beat Kerry, the reigning champions with over a third of the previous year’s team starting, in a replay takes something special.

The teams had to wait three weeks for the replay when Kerry made the trip to Thurles and in-front of 5000 spectators Tipperary held out for a deserved one point win after remarkably holding their opponents scoreless during the opening half as the Premier scored seven unanswered points. Pat Tobin was Tipperary’s man of the match as he “inspired his teammates with a brilliant display. Not far behind him came J. O Connor, a sprightly forward”. The remarkable thing about Tobin’s display was that he was still suffering from a broken collarbone sustained in the drawn game. The Cork Examiner noted that “crowds rushed on to the pitch” at the full-time whistle “to chair the successful home team off”.

However, the elated celebrations soon turned to confusion as the Tipperary team waited, and waited, and waited some more to be presented with the Munster minor trophy only to discover that there was none. Kerry, the reigning Munster champions, had forgotten to bring the cup with them. An embarrassed Kerry claimed this was an unfortunate oversight on their part while Tipperary claimed, in jest, that the Kingdom were so sure of themselves that they didn’t bother to bring it with them. In revenge, on the night of the All-Ireland final the Tipperary players decided to play a prank on Kerry and hid the Sam Maguire Cup that the Kerry seniors had captured that very day. All in good sport everyone saw the funny side of the capers of the young Tipperary men.

Tipperary had to wait until the All-Ireland semi-final clash with Mayo for the presentation but after waiting 21 years an extra week was not going to make any difference. To further cement the true greatness of this team they crushed the Connacht champions 1-11 to 1-2 in Limerick on August 28th to set up an All-Ireland final date with Dublin in Croke Park. 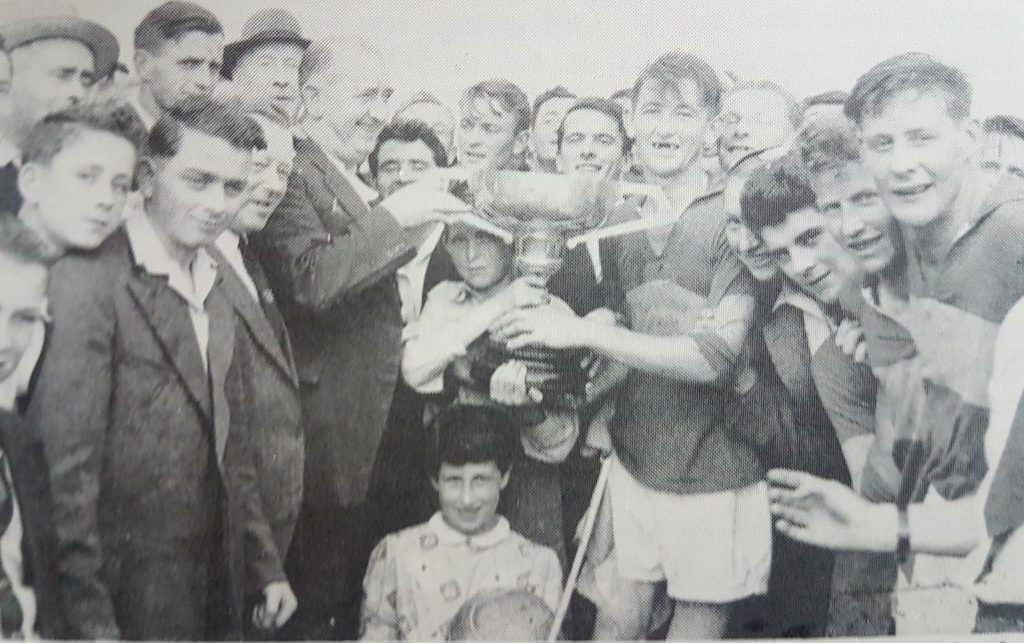 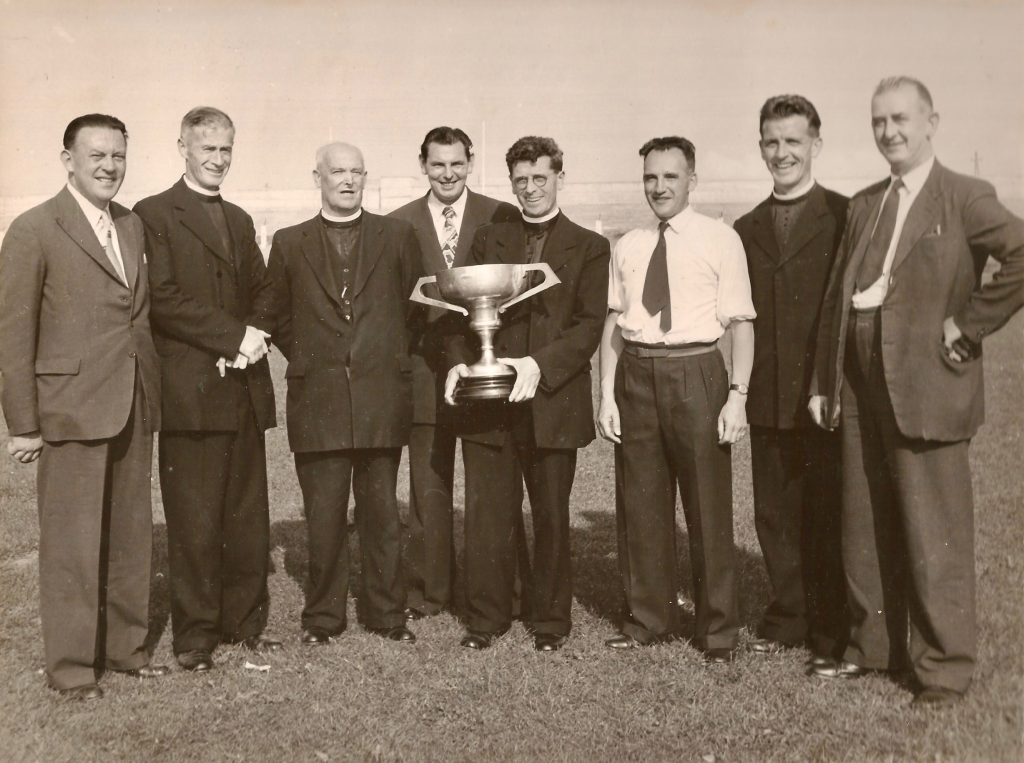 The last time that Tipperary had beaten Kerry in a replayed Munster final was 1934 when they later went on to claim their first All-Ireland title at this grade. Unfortunately, however, the men from the capital reversed the result and won the county’s fourth minor title.

While the result of the All-Ireland decider was disappointing from a Tipperary point of view the players did themselves, their clubs and county proud. The Cork Examiner extolled virtues on “gallant Tipperary” “who fought with everything they had to save the day” and it took a late rally from Dublin to finally achieve victory. “The Tipperary lads went headlong into the fray, caught, kicked and got done with it. They gave an unusual display of positioning and their forward movements were executed thoroughly and methodically”.

“Tipperary had an outstanding man in Liam Boland in the centre, who partnered by Phil Tobin, brought out some fine clashes with Dublin’s Heron and Foley”. “Moroney, in the left wing for the Premier County, had a very good hour and had good assistance from Ferris and Casey”.

At half-time Dublin held the advantage 2-2 to 1-2 and within five minutes of the resumption they had extended this lead to nine points. However, the Premier men were not about to lie down and with five minutes remaining, Tipperary had the momentum and bravely pulled back the deficit of nine points down to three but were caught with sucker punch as Eamon Burgess goaled for Dublin from thirty yards to settle the nerves to leave the final score Dublin 5-4 Tipperary 2-7.

Today people often talk about the commitment and dedication of GAA players, management and officials however it appears the same applied in 1955. One of the management team, Tim Looney, had worked in a book-makers in Cahir for several years without taking any holidays whatsoever. His request for a few days off to travel to Croke Park for the All-Ireland final was refused but he choose to ignore his boss, who also happened to be a God-father to one of Tim’s daughters, and travelled regardless. As a result, he was dismissed from his post and spent a long time out of work as jobs were very hard to come by in the town at the time. The book-makers went into decline following Tim’s dismissal and soon closed. Tim had a wife and young family at the time but such commitment to the cause must be admired.

Over the course of 1955 this team scored an impressive 5-42 and conceded 9-19 leaving a scoring surplus of eleven points. 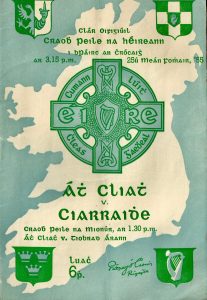 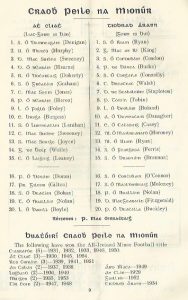 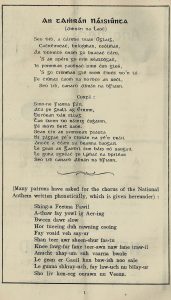 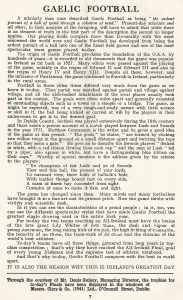 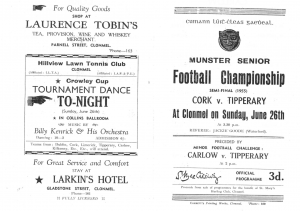 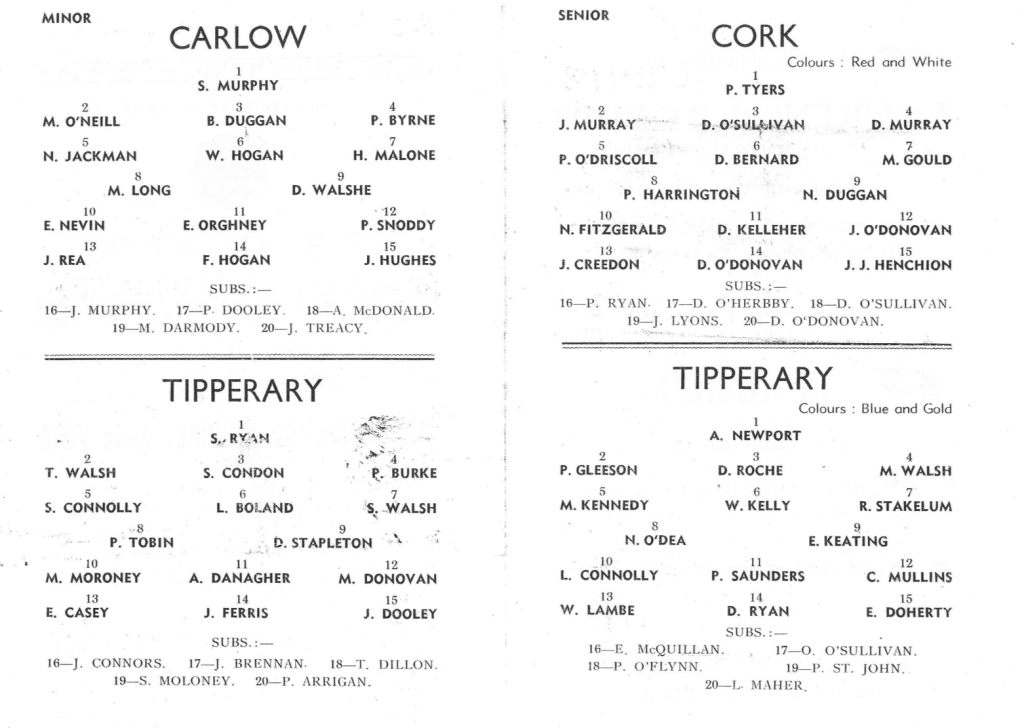