The Draws for the 2018 Championship Have Taken Place

Draws for the 2018 Championship Have Been Made 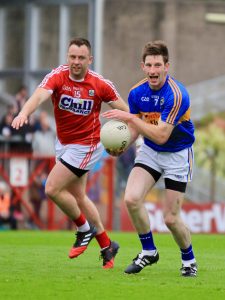 Tonight the draws for the 2018 GAA football and hurling championships were made and Tipperary were drawn to face Waterford with the winners of that clash rewarded with a Munster semi-final match against Cork.

First Round A: Laois v Wexford

First Round B: Louth v Carlow

In the Munster hurling championship Michael Ryan’s men will face a trip to the Gaelic Grounds to face Limerick. The full draw is as follows:

And here's the Munster Hurling Championsip, with some very tasty opening matches, Cork v Clare and Limerick v Tipp' in the first round. pic.twitter.com/P8d915UOhr

The full Leinster championship draw is as follows:

We may have missed out on the excitement of a draw but here's how the Leinster Hurling Championship will look. pic.twitter.com/uluvd7PHrD