The Tipperary Team to Face Cork has Been Announced 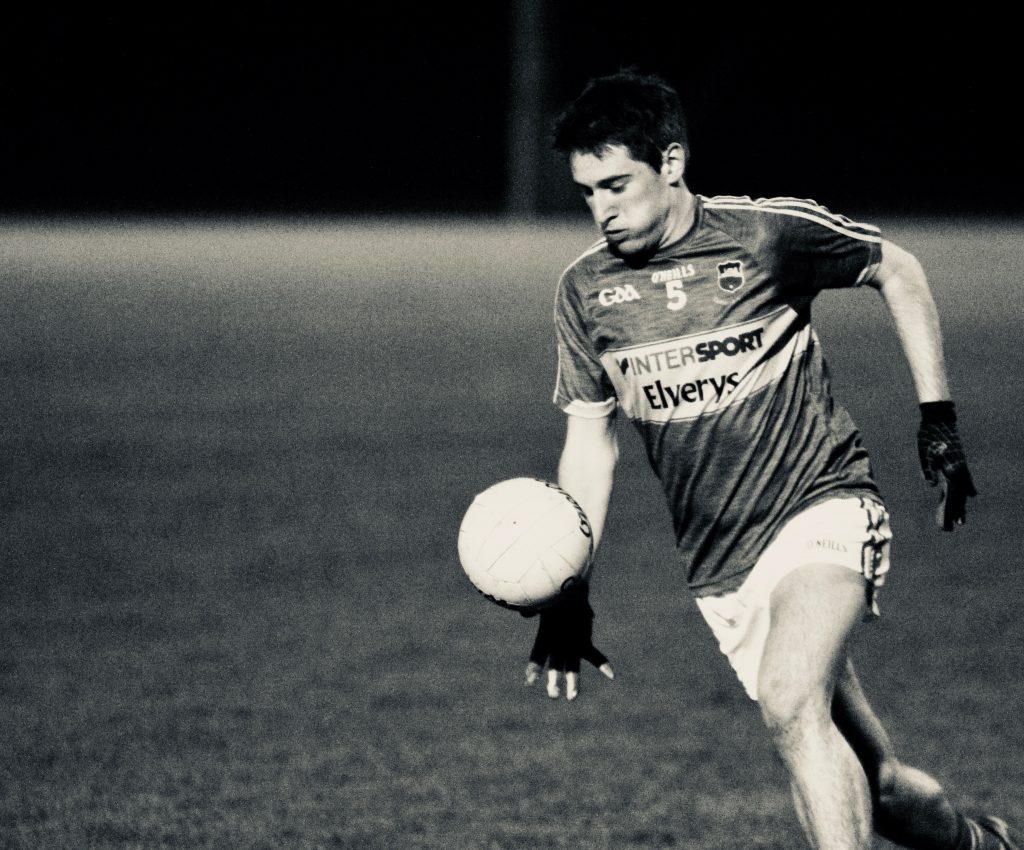 This will be the third meeting between the sides in as many years at the semi-final stage and with little separating the sides in the previous two encounters tomorrow’s game promises to be another rip roaring affair. Tipperary prevailed in the 2016 affair, 3-15 to 2-16, while Cork emerged victorious last year 1-9 to 1-10.

Both Liam Kearns and Tipperary Football Committee chairperson Barry O’ Brien have appealed for the Tipperary GAA public to come out in force on Saturday and make Semple Stadium a Premier fortress.

“The odds are stacked against us and we could do with all the support we can get. I ask as many Tipperary supporters as possible to turn up for the match and make as much noise as you can. The players have put in a huge effort and your support could be vital in determining the result of the match, you could be the difference and give us that little extra edge that we need.” – Liam Kearns

“This game is one of the most important that Tipperary football has played in a long time with the winners being not only assured of a Munster final place but are also one step away from the Super Eights. We appeal to as many Tipperary GAA supporters as possible to come to Semple Stadium on Saturday evening, bring all the colour you can and make as much noise as possible. The players have put in a monumental effort, not just in 2018 but over the last decade or so, to improve our standing in Gaelic football and they truly deserve massive support.” – Barry O’ Brien

The starting fifteen is as follows:

The Tipperary senior hurling side to face Cork on Sunday in the Munster championship has also been released and we wish Michael Ryan and the team the very best of luck. 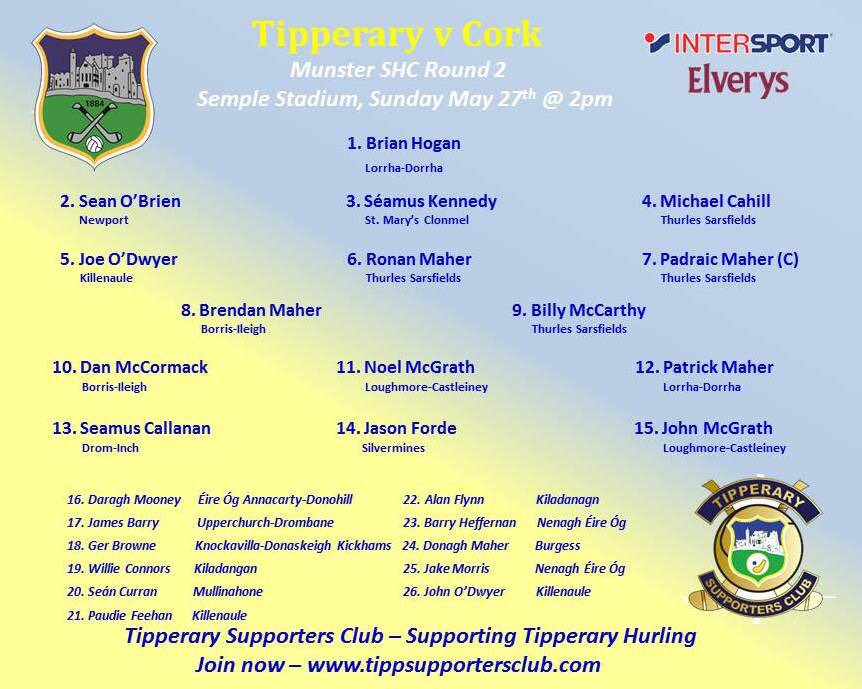 Tipperary minor hurling manager Tommy Dunne has also named his team that will play Cork in Round 2 of the Electric Ireland Munster Minor Hurling Championship on Sunday next, May 27th at 12 noon in Semple Stadium. Tommy has made 3 changes in personnel ahead of the match from last week’s starting XV.

The Tipperary minor team lines out as follows; 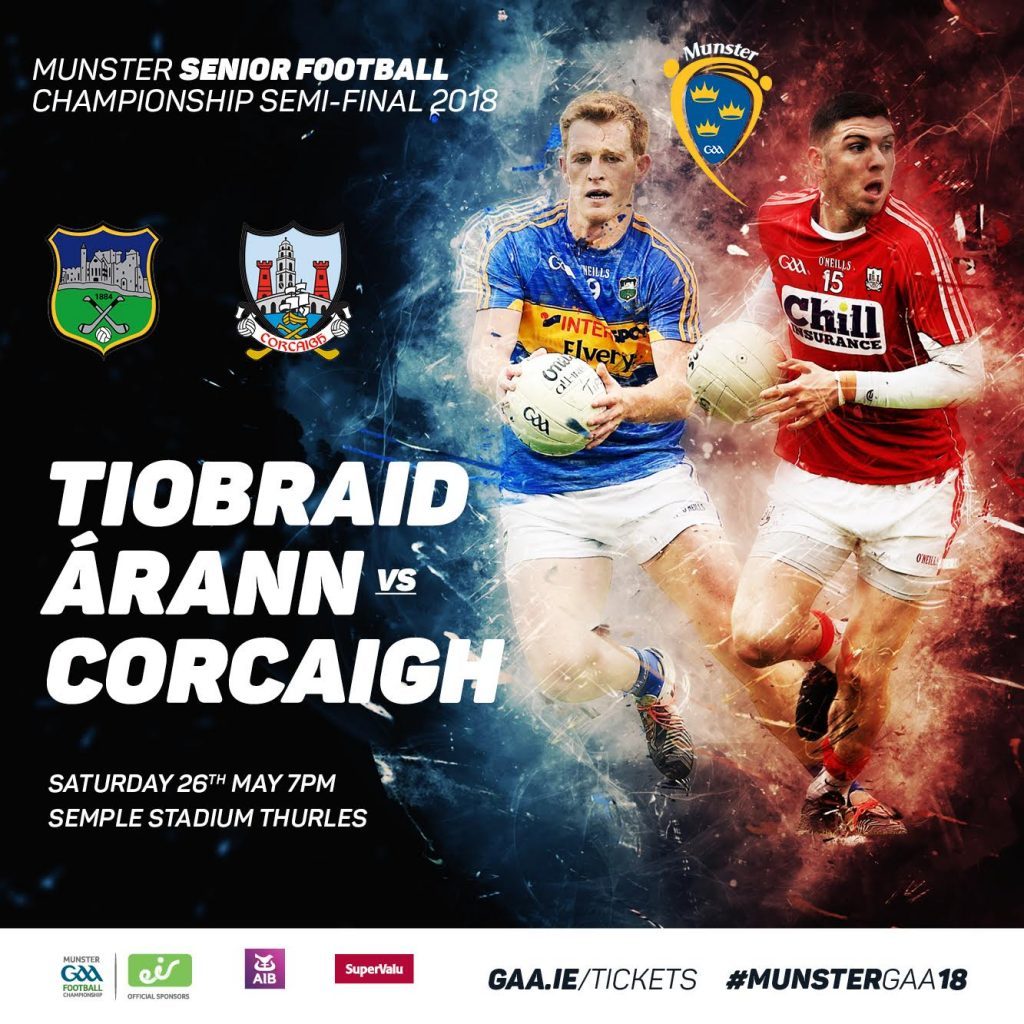