Tipperary go Down in Newry while Liam Kearns resigns

Following the Limerick game in the Munster quarter-final Tipperary were on a mission today in Newry to restore pride and while the result did not go their way, the players left the pitch with empty tanks having given their all against the Mourne Men. 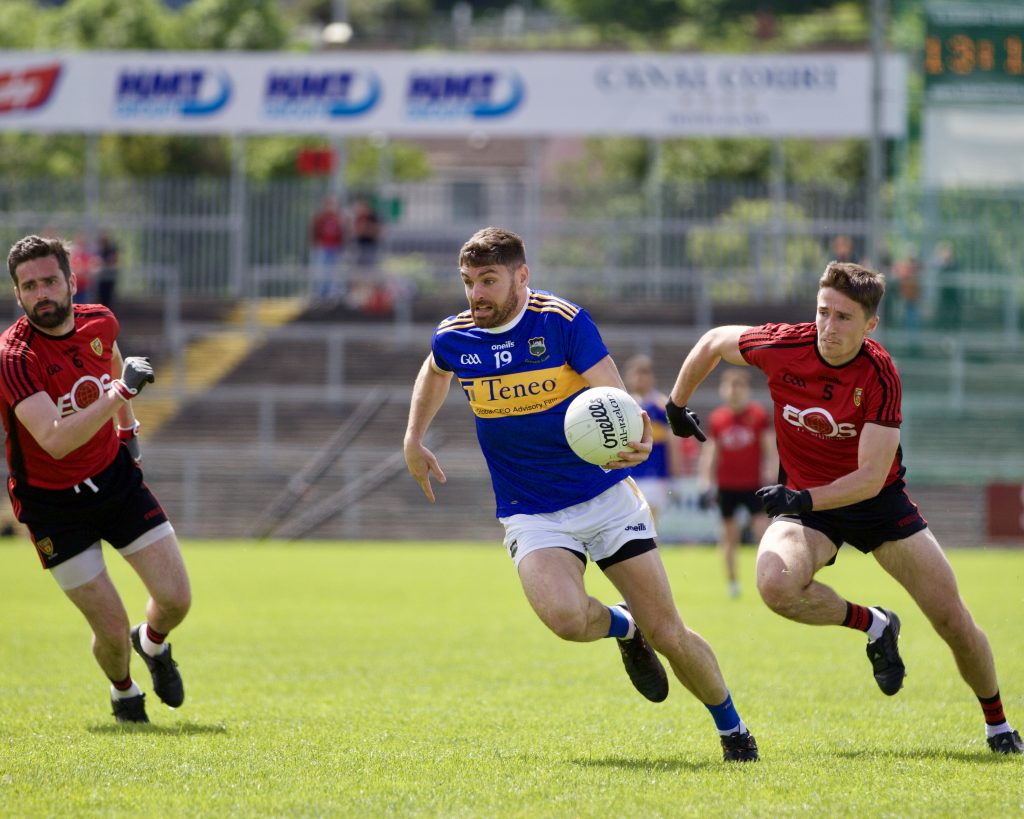 All-Ireland Senior Football Qualifier Round One

A brilliant first-half goal from Borrisokane’s Philip Austin, after slicing through the Down blanket defence, set Tipperary up for a deserved 1-5 to 0-5 half-time lead, a lead they held until the 59th minute when Down’s Donal O’Hare managed to blast home a shot through a forest of players for the decisive score of the game.

Tipperary played some great football at times and were well worth their advantage at the break with Philip Austin’s point, just before the interval, the highlight score of the game.

As the second half wore on Down’s substitutions had the desired effect as their freshness wore down Kearns’ side and they kicked over some fine scores to earn themselves a place in the next round of the qualifiers.

While the result is not what we would have wanted the performance from the players were superb and they fought tooth and nail for every ball with faith restored in these great players. Liam Kearns was at pains to point out to the waiting media that we will have great days again in the future and from what we saw today few could argue. 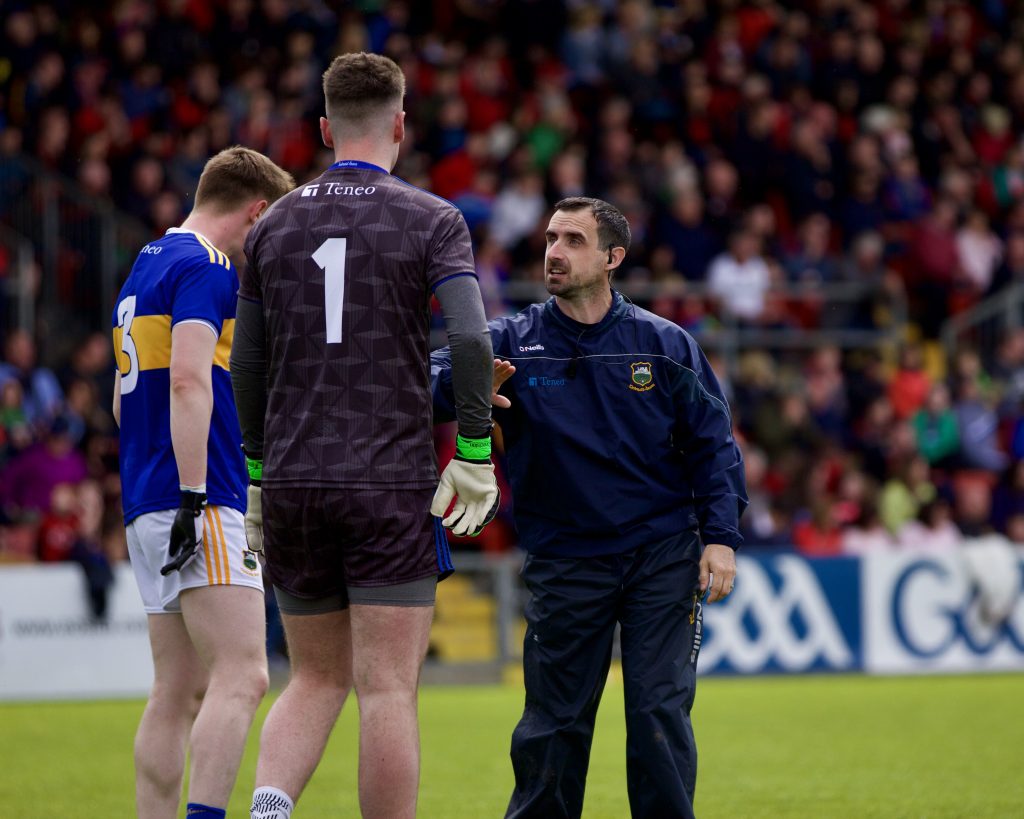 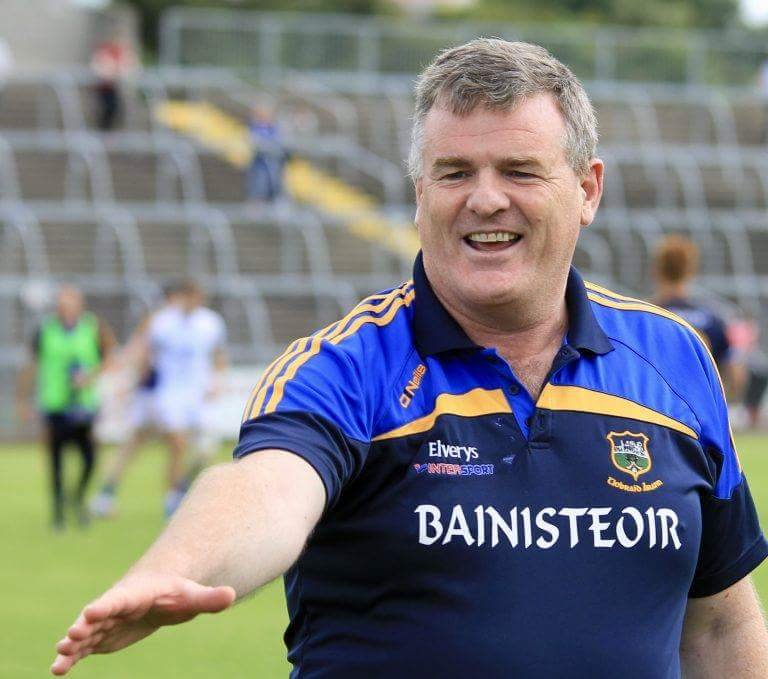 We all wish to extend our thanks to Liam Kearns who sadly, following today’s defeat to Down, decided to call it a day and resign from his role as Tipperary manager.

Under his guidance Tipperary supporters enjoyed some great days following the Premier as they famously reached the All-Ireland semi-final in 2016 after some great displays which included a rare win over Cork and a day in Croke Park against Galway that few will ever forget.

There were other fantastic days out as well. Michael Quinlivan’s dramatic winner against Armagh which secured promotion to Division Two was a standout moment as was the win over Cavan in the qualifiers in 2017. Last year the team came within a whisker of promotion to Division One while a credible performance against Mayo followed in the qualifiers.

Liam’s infectious positivity and charisma inspired the players to reach new heights and this led to a famous day in Croke Park in 2017 when captain Brian Fox climbed the steps of Michael Hogan’s stand to lift the Division Three trophy.

We can’t thank Liam enough for all he has done for Tipperary football and we wish him well in the future.

A statement from the Tipperary County Board reads as follows:

Following the announcement by Liam Kearns that he is stepping down as manager of the Tipperary senior football panel, Tipperary Co. Board wish to thank Liam and his management personnel, since 2016, for the wonderful contribution given to football in Tipperary during his tenure.

Liam brought the Tipperary team and their loyal band of supporters on an incredible journey, the highlight of which was an All-Ireland semi-final appearance in 2016. This was followed up with Division 3 success in 2017 and a determined push to achieve promotion to Division 1 in 2018. Unfortunately, beset by injury the panel and management were hindered in their quest to push on in 2019.

Tipperary Co. Board are very grateful to Liam and wish him continued success for the future.