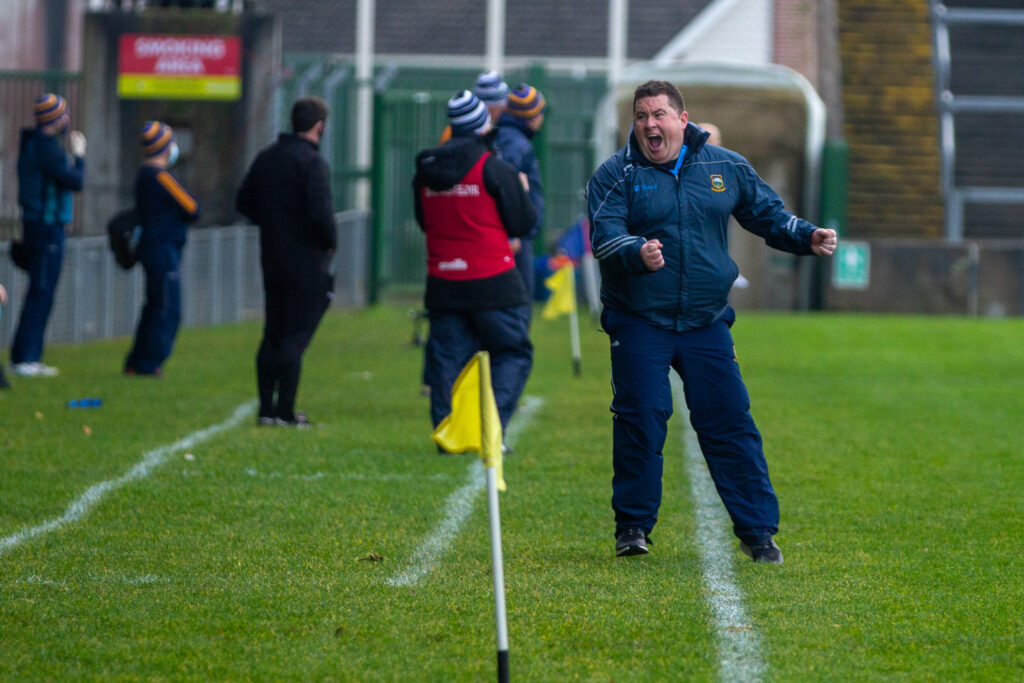 Followers of this Tipperary team have learned over the years that they should never be written off. Numerous times they have come from behind, from what appeared to be an impossible position, to snatch victory and yet today, that belief must have been severely tested at the break as The Treaty led 2-6 to 0-5 having dominated the first half. Whatever was said by David Power and his management team at half-time worked as Tipperary exploded into the second half and reeled in the Limerick lead which culminated with a stunning Conor Sweeney equalizer deep in stoppage time.

Tipperary have forced extra time against Limerick after this superb free from Conor Sweeney deep into added time.

Watch all the weekend's action on The Sunday Game @rte2 from 9.30pm #rtegaa pic.twitter.com/5Bk3CYJ8WT

But the drama did not end there as the Power’s Tipperary had once again to come from behind to not only level but go in front when Brian Fox kicked over what proved to be the winning score, when a dreaded penalty shootout loomed, to send the Premier to the Munster final on the same weekend as the 100th anniversary of Bloody Sunday. However, despite the heroics, Tipperary have a lot to do if they are to land a first Munster senior crown since 1935.

Conor Sweeney settled any early nerves with a pointed free in the fourth minute and at the water break the sides were level 0-4 apiece with Tipperary coming closest to a goal when a punched Michael Quinlivan effort was brilliantly tipped over by Limerick netminder Donal O’Sullivan. From here to the break however, Limerick dominated and kicked two goals through Seán McSweeny and Cillian Fahy to give them a deserved 2-6 to 0-5 lead. 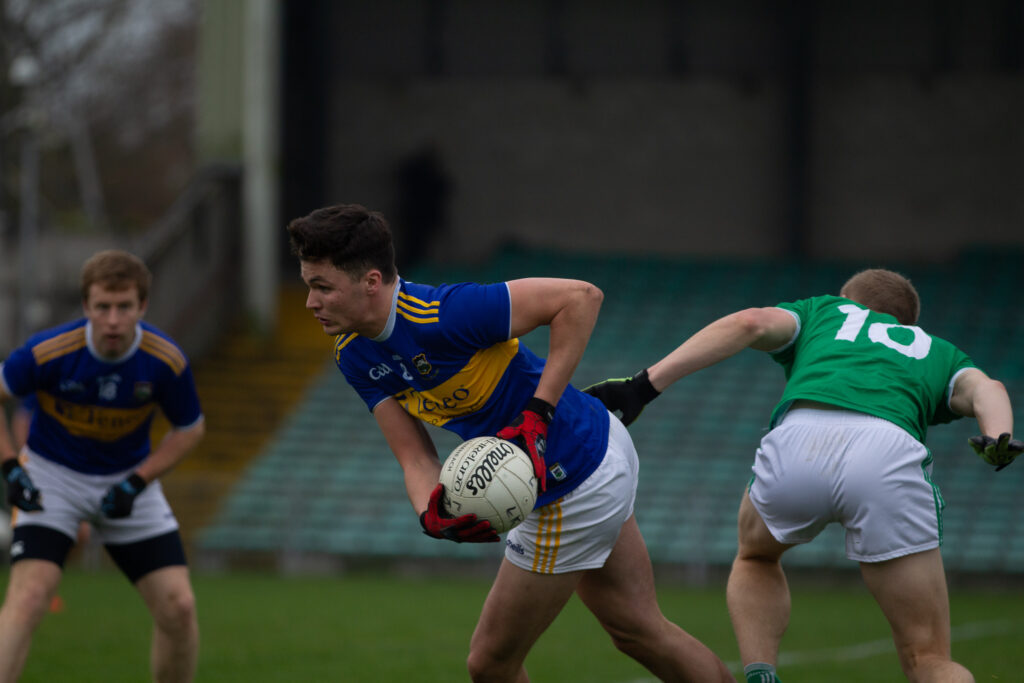 The introduction of Liam Boland and Brian Fox added bite to the Tipperary attack while the defense held Limerick scoreless up to the second water break. Points from Jack Kennedy, Conor Sweeney (3), Kevin Fahey, Liam Boland reduced the deficit to the minimum before Liam Casey pounced to fist home a crucial goal to give Tipperary a two-point lead.

It looked as if Tipperary would push on to secure the win but Limerick weren’t about to lie down. Having won the McGrath Cup and the Division 4 league title earlier this year the home side were not lacking in confidence and by the 41st minute were leading by one before Conor Sweeney landed one of the finest points you’ll ever see to send proceedings to extra time. 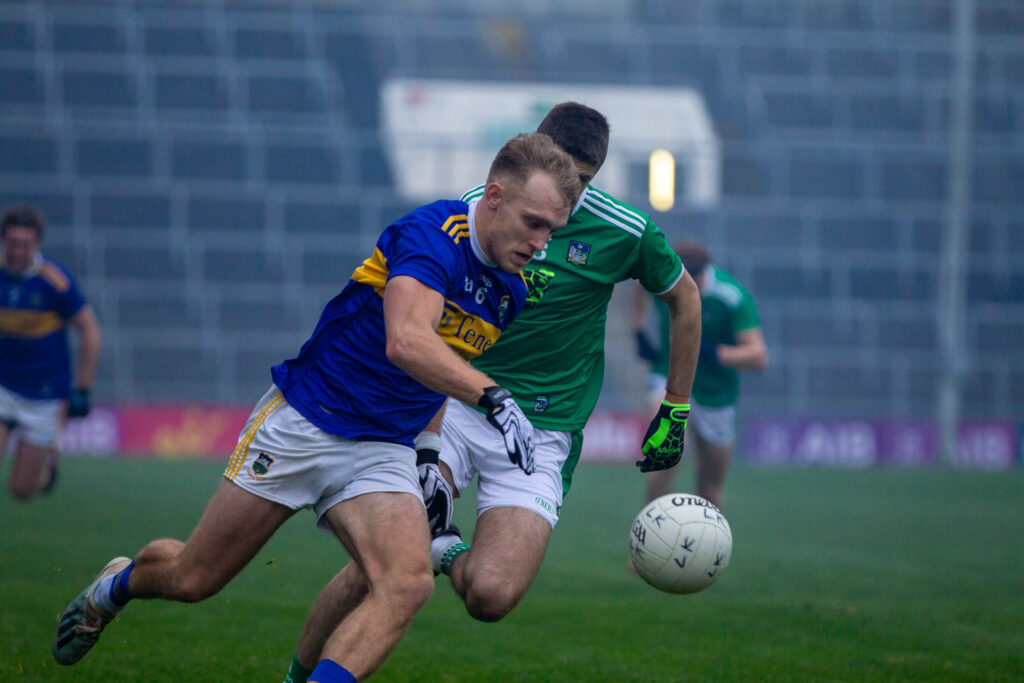 Kevin Fahey had a fantastic game at centre halfback today.

Liam Boland pointed to give Tipperary an early lead in injury time however this was wiped out by two McSweeney and O’Sullivan scores for Limerick. Robbie Kiely ventured forward to level the sides before Brian Fox secured the win with a fine point.

Tipperary now play the winners of Cork and Kerry in tomorrow’s other semi-final.

Limerick lead Tipperary 2-06 to 0-05 at half-time and it's this Sean McSweeney goal that gave them a crucial lead after an even opening few minutes #rtegaa pic.twitter.com/eFgnAfGbP1

Watching Tipperary football is not good for one's health. @TippfootballGAA

Tipperary's Brian Fox: some gem of a player 💎 pic.twitter.com/czjB5R2uPi

Wasn’t pretty from @TippfootballGAA but dug it out, unreal score from @sweeney_con to level in normal time. Great To Stay in division 3 and have a Munster final to look forward to, well done boys 👏👏

"We got a good talking to at half time.." Tipp footballer Jack Kennedy spoke with @StephenGleeson_ at full time as Tipp beat Limerick to make the Munster final #GAA #Football @TipperaryGAA @TippfootballGAA pic.twitter.com/hdaZCvhIQ1