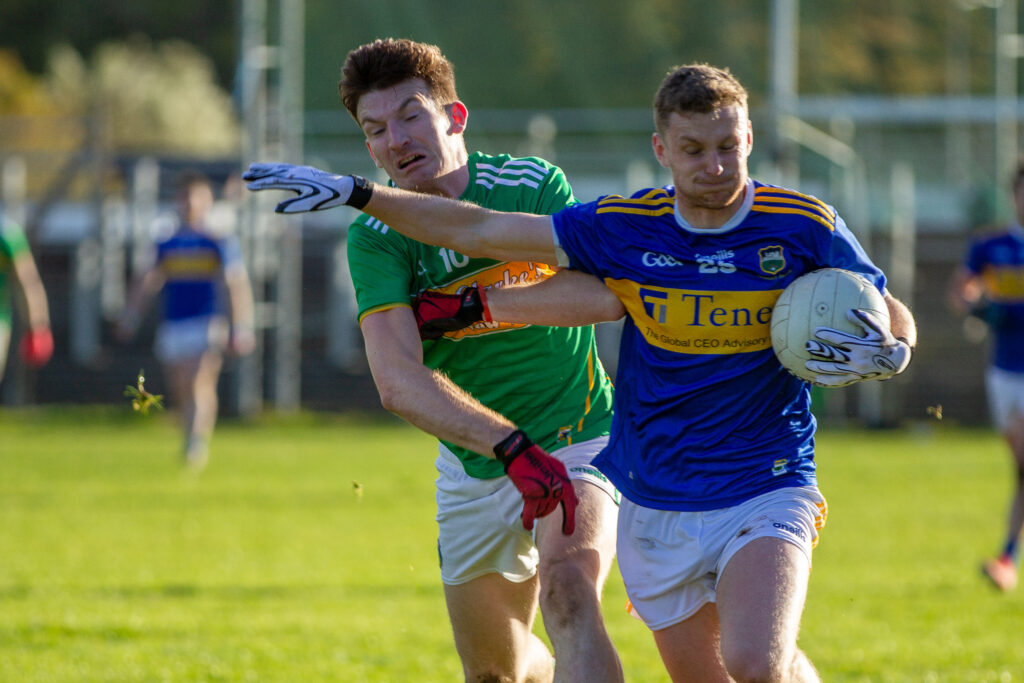 Jason Lonergan on the attack

Two goals, one each either side of the half time break, were the difference between today’s opponents in Páirc Seán Mac Diarmada in what was a winner takes all encounter as David Power’s Tipperary side retained their Division 3 status for 2021.

Portroe’s Kevin O’Halloran had the easy task of kicking into an empty net after great work from Robbie Kiely and Michael Quinlivan to give the Premier a deserved 1-5 to 0-3 lead after twenty minutes while playing into a stiff breeze. However, despite this great opening, Leitrim kicked the last four points of the half to reduce the margin to the minimum entering the break.

Leitrim were determined to give themselves every chance of survival and in the ninth minute of the second period they edged two-points ahead, 0-12 to 1-7, and Tipperary were struggling to impose themselves on the game and take advantage of the favourable wind. Liam Boland, who exploded into the Offaly match last weekend after being introduced as a second-half substitute, had a similar effect today and kicked two points to level proceedings. Further points came from Brian Fox and Conor Sweeney before Cahir’s Liam Casey scored a bullet of a goal after an incisive run through the heart of the Leitrim backs to give Tipperary a much-needed cushion for the remainder of the game. To be fair the home side did not throw in the towel with Conor Dolan and Keith Beirne kicking points to leave just two between the sides when referee Padraig Hughes signalled full time. 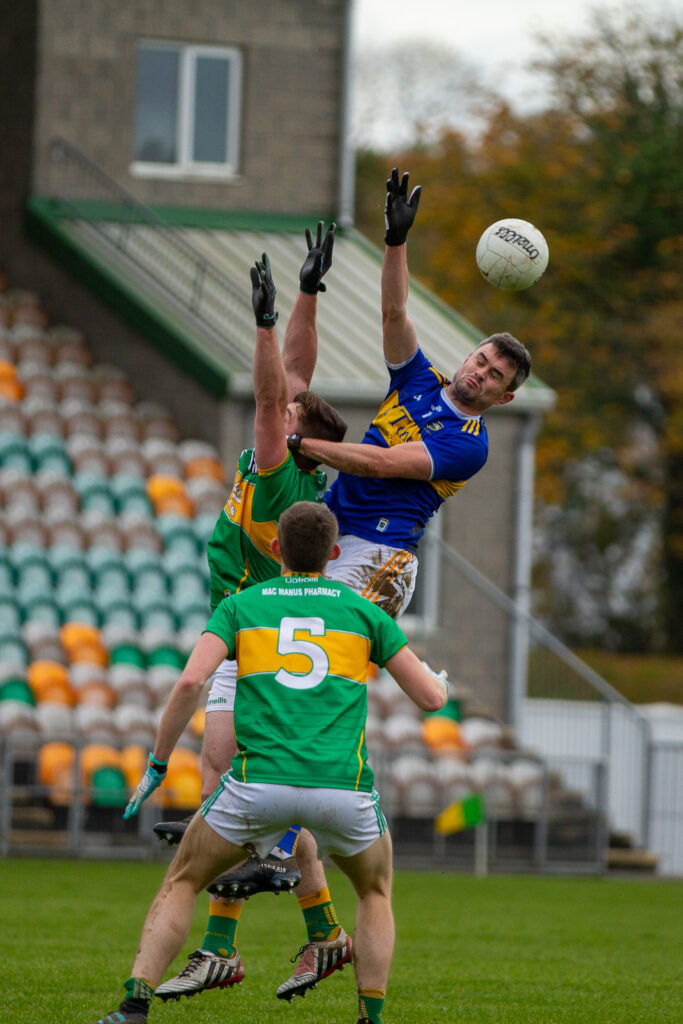 Well done @TippfootballGAA, tough battle in Leitrim, so important to retain division 3 status, would be great to get a championship win next weekend 👏👏

Well done to all involved with @TippfootballGAA! Good bit of momentum building! 👏 https://t.co/rcjxfucIRw 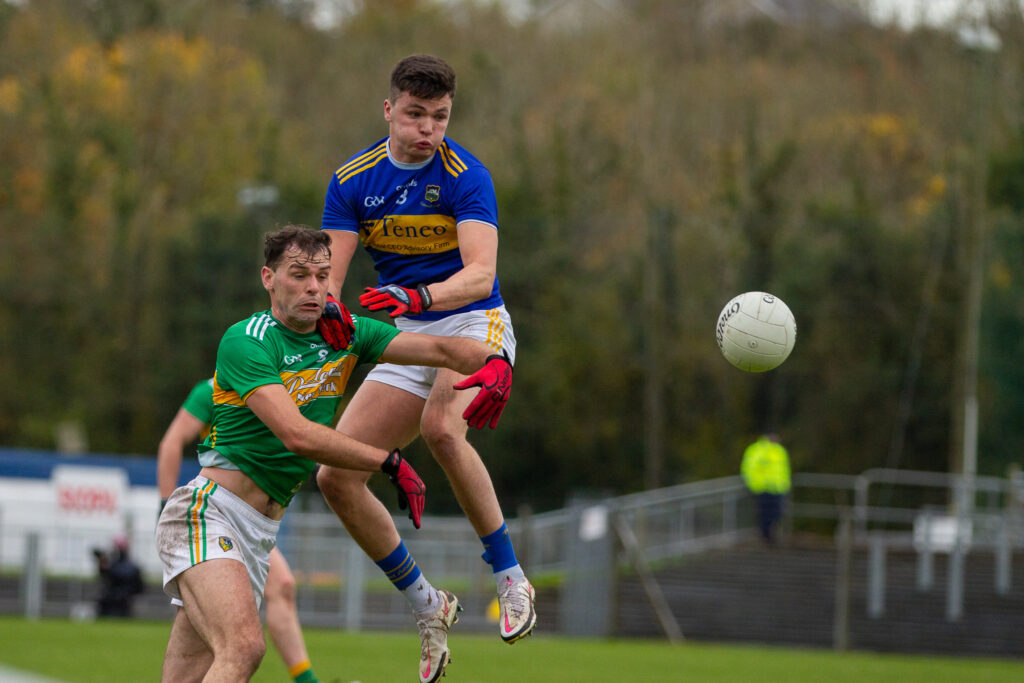 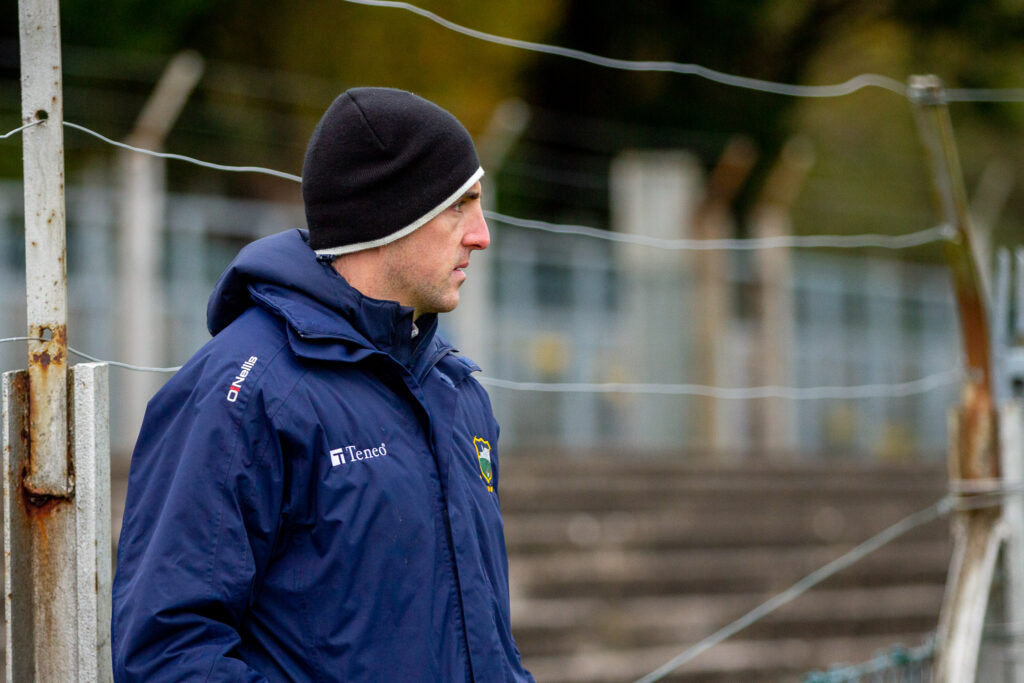