The Tipperary footballers will be disappointed following today’s six-point loss in Armagh and frustration grows for Liam Kearns as two more players pick up injuries while another is suspended.

Coming to Armagh was always going to be a difficult task for Tipperary but with an injury list that seems determined to grow by the game it was always going to be that much harder. Just before throw-in it was revealed that Jack Kennedy picked up a knock in the Sigerson Cup final playing for UCC midweek while understandably, Kevin Fahey was to play no part following the recent passing of his father. These added to the large absentee list which includes Michael Quinlivan, Josh Keane and Bill Maher among others, names few inter-county teams could do without. 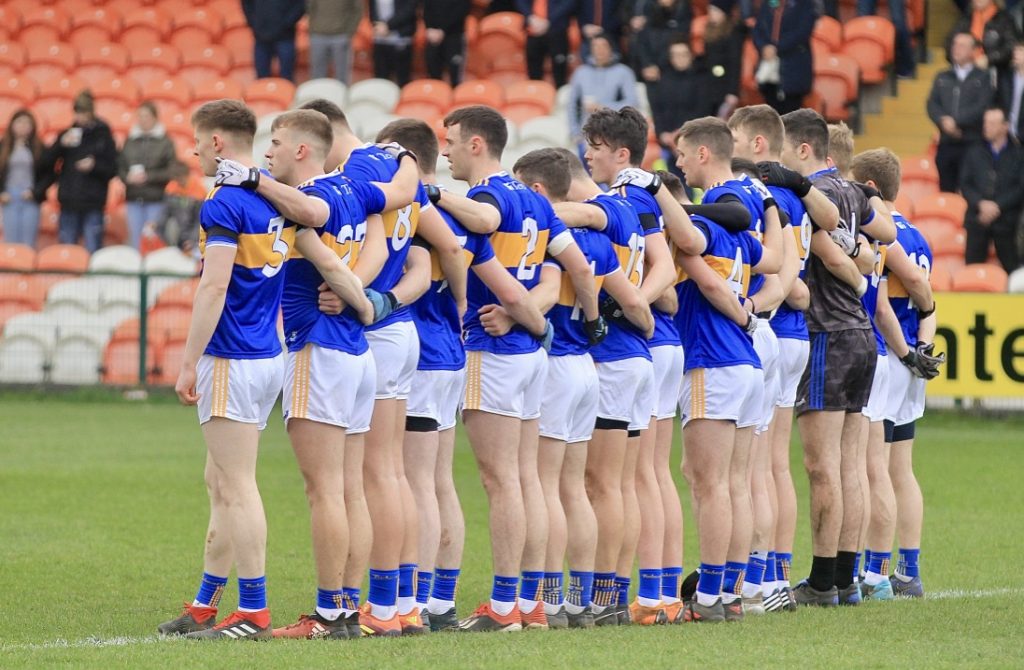 The Tipperary players stand for a moments silence in memory of the late Philip Fahey, Clonmel, and John Morrison, Armagh.

And it was Armagh who started brightest and by the 19th minute they led 0-6 to 0-2 with points coming from Stefan Campbell, Jason Duffy, Rian O’Neill, Niall Grimley, Rory Grugan and Jermar Hall with Tipperary’s replies coming from Conor Sweeney following a foul on Conal Kennedy and Liam McGrath after Kevin O’Halloran was tripped.

At this stage Armagh were well on top playing with pace and vigour which Tipperary struggled to match and it was no surprise when in the nineteenth minute Charlie Vernon gathered possession after Armagh turned over the ball to blast home the game’s only goal. Liam McGrath did reduce arrears moments later from a free but further disaster struct for Liam Kearns’ men when Brian Fox received his marching orders following an incident during an Armagh attack that forced Michael O’Reilly into making a superb save.

Two Sweeney points, including a stunning sideline kick, were all that Tipp could muster in the remainder of the half and Kieran McGeeney’s men went in leading 1-9 to 0-7 at the break. 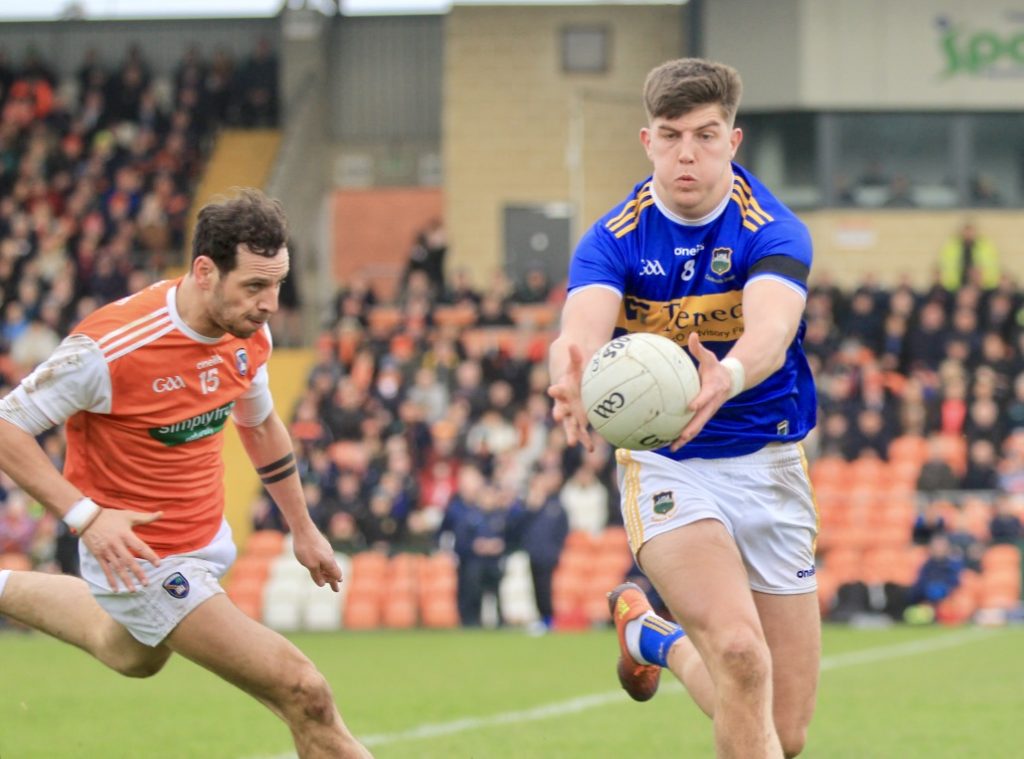 To be fair to the Tipperary side, they did try extremely hard but it was always going to be a tall order against a blanket defence minus a man. Time and again the Premier attack was snuffed out by the extra Armagh backs but they did create a goal chance when Jimmy Feehan floated a lovely long ball on top of Conor Sweeney who out jumped his opponent and fisted a goal-bound effort but Blaine Hughes was equal to it in the Armagh goal. Shortly after Colm O’Shaughnessy won a free which Sweeney pointed.

Tipperary did manage four more points in the game from Sweeney (2), and the two Liams, McGrath and Boland but it wasn’t to be enough as Armagh comfortably held possession and won out in the end 1-15 to 0-12. 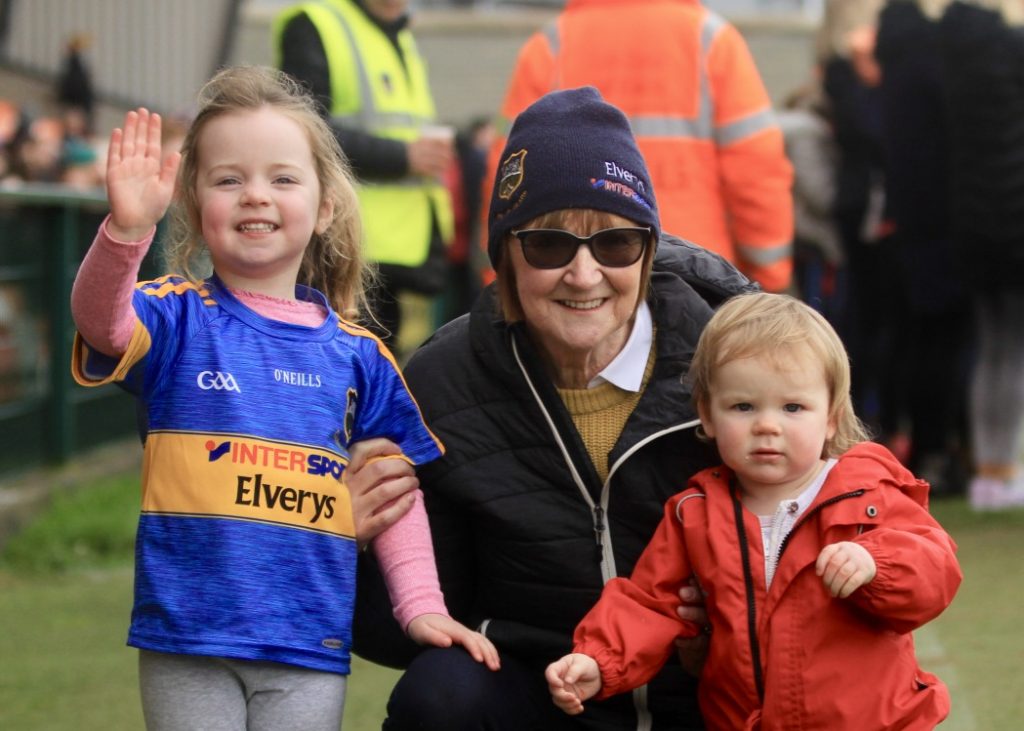 Liam Casey’s mother Betty, with his nieces Moya and Nessa at today’s game