Tipperary Finish League Campaign with Loss to Down 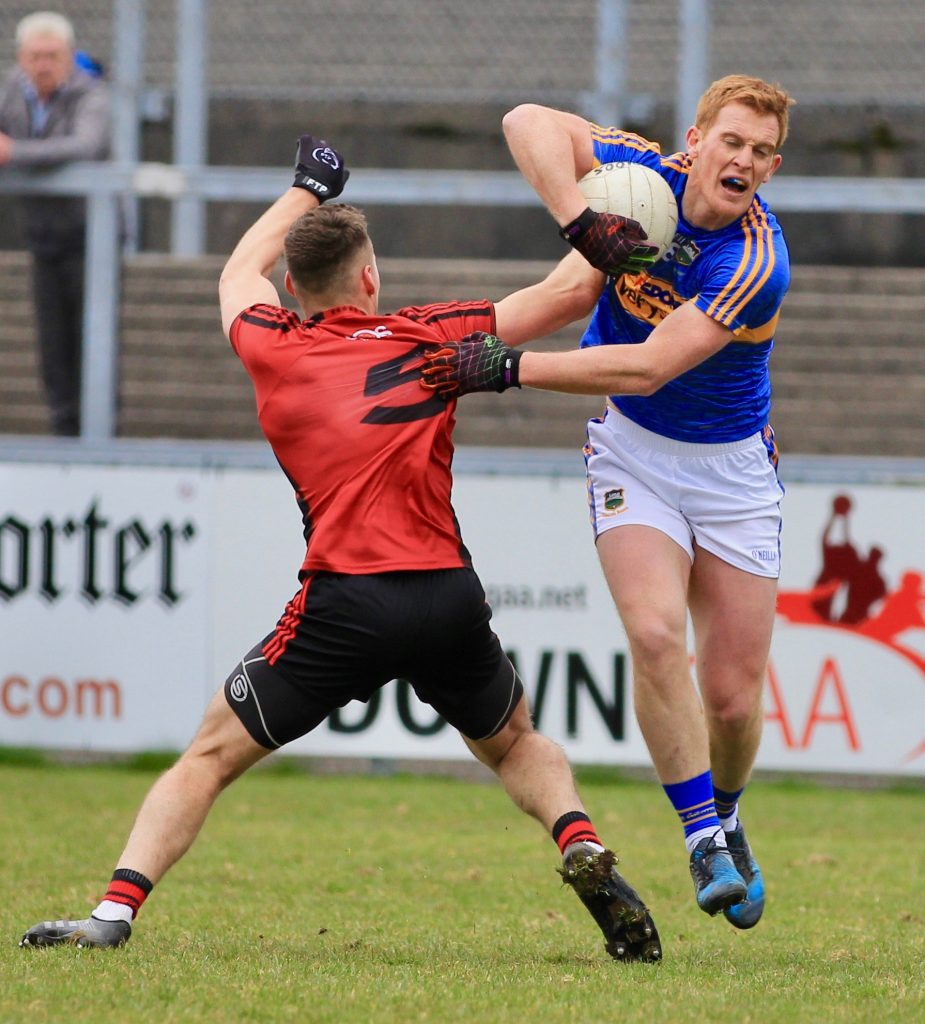 Tipperary’s Allianz League Division Two campaign came to a disappointing end today as Down ran out winners by one goal in an overcast but breezy Páirc Esler. The result mattered not for the Premier as regardless of the result Tipperary could neither be promoted nor relegated but for Down however, they needed both to win and hope that Louth would overcome the challenge of Meath but the Royals won 1-12 to 0-7 to see the Mourne Men down to the third tier.

If ever the importance of sport was put into perspective it was before this game commenced as both sides, mentors and supporters stood for a poignant minutes silence in memory of the late Rachel Kenneally, former Tipperary LGFA player, who sadly lost her battle with cancer during the week.

This home side got off to the dream start as after thirty seconds Seán Dornan fisted the ball to the back of Ciaran Kenrick’s goal following a fantastic passing move up the field involving Donal O’ Hare and Kevin McKernan. Rather them drive them on however, it was the visitors who began to assert themselves on the game and points followed from Josh Keane (1f), Kevin O’ Halloran (1f) and a fine forty-yard effort from the boot of Jack Kennedy. 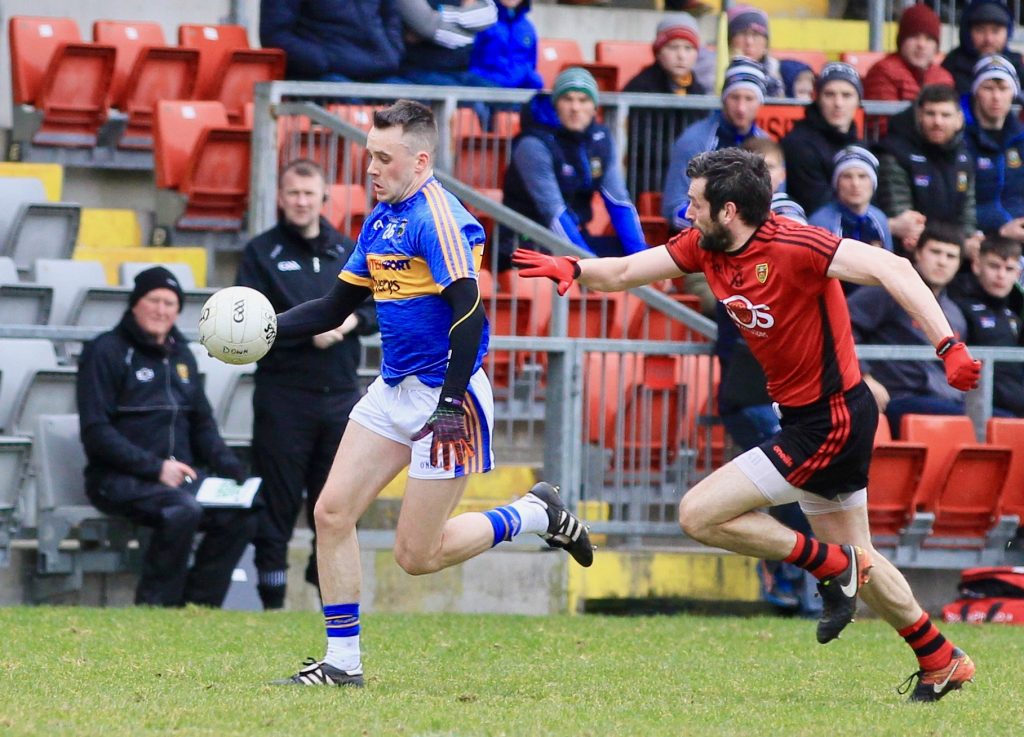 From here on in however, Down dominated the remained of the half and picked off seven points with Tipp’s response coming from Michael Quinlivan (’45) and Kevin Fahy.

At half-time manager Liam Kearns introduced Steven O’ Brien and Conor Sweeney into the fray in place of George Hannigan and Stephen Murray. Murray, today making his competitive senior debut,  became only the fourth man from the Burgess club to play senior football for the Premier following in the footsteps of Tony Dunne, Colm O’ Brien and Shane Maher. 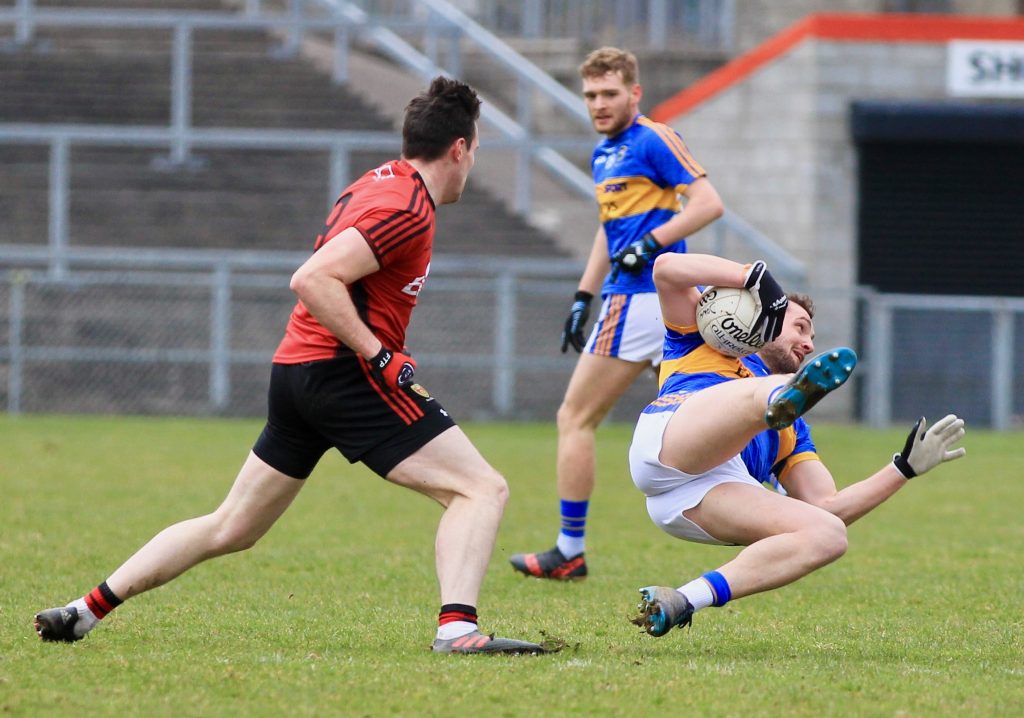 Jack Kennedy edged Tipp in front for the very first time but it was to be a short-lived lead as soon later Donal O’ Hare converted from the penalty spot and Down managed to close out the game with points from Caolan Mooney and Ryan Johnston cancelling out two fine Sweeney efforts.

Congratulations to our ladies today who scored a two-point win over Clare, 2-12 to 3-7, in the league after what was a most difficult week for all concerned. Borrisokane’s Brian Egan summed up the result better than most in the following tweet:

Before any league football final has been concluded this wknd, or the hurling this evening, the team of the weekend belongs to @TippLadiesFB, some of which laid to rest a former comrade on Thursday. Brave to go out today and win in Rachel's honour. Well done ladies 👏👏💙💛💙 https://t.co/8WJjjl7EiT

You @TippLadiesFB ladies continue to inspire the GAA people of #Tipperary and be fantastic role models to the next generation.. #6from6 #unbeaten2017 #unbeaten2018 #unbeatenruncontinues #LGFA #InMemoryOfRachel 😇 https://t.co/3R9IJXzeN8 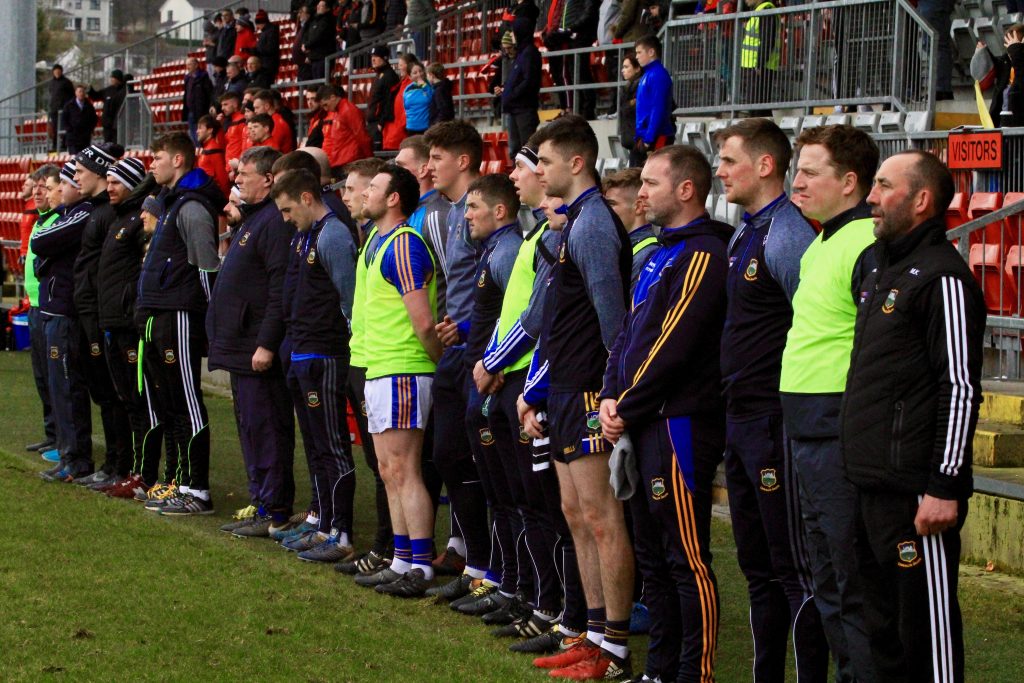 The Tipperary substitutes, management and backroom team stand in memory of Rachel Kenneally

The Tipperary team united in respect for the late Rachel Kenneally 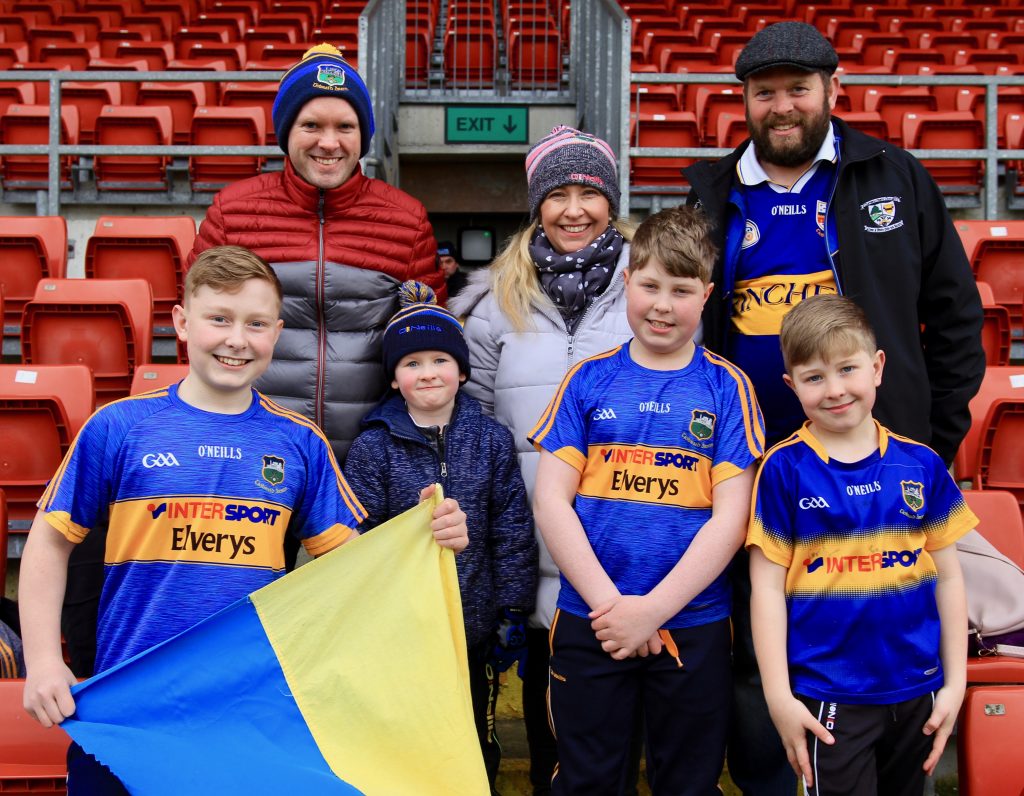 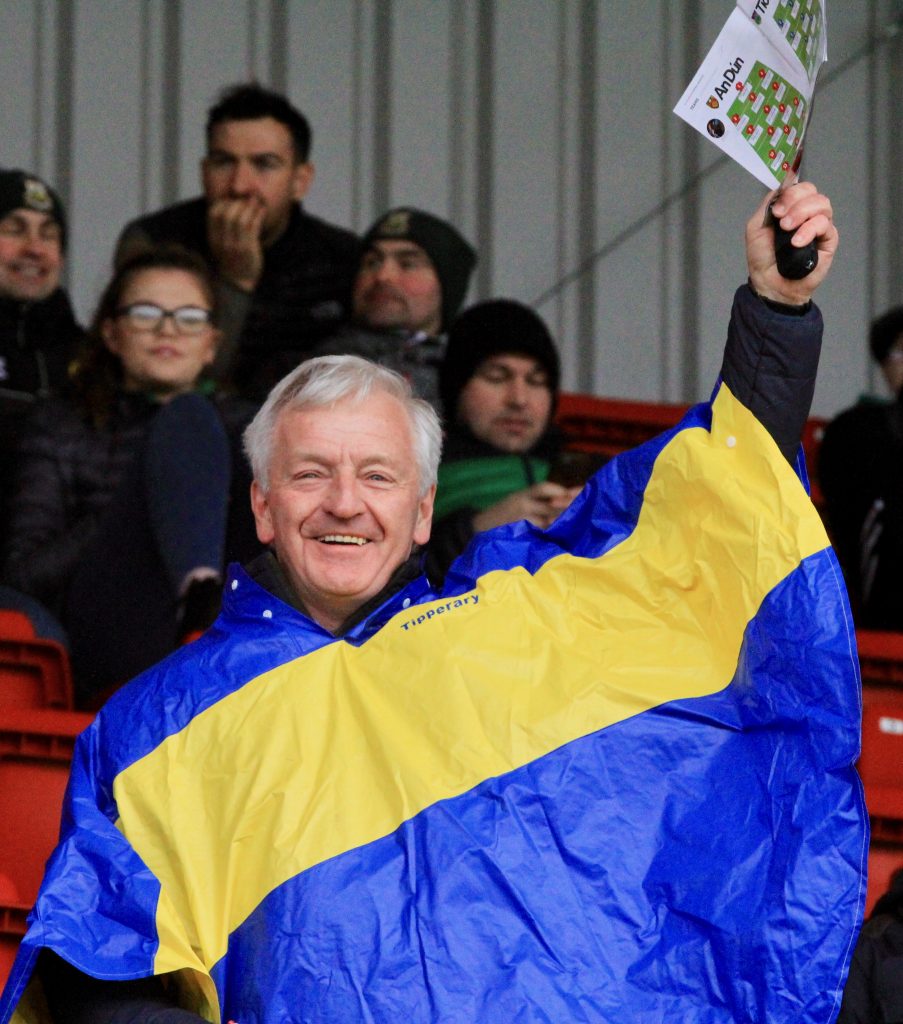 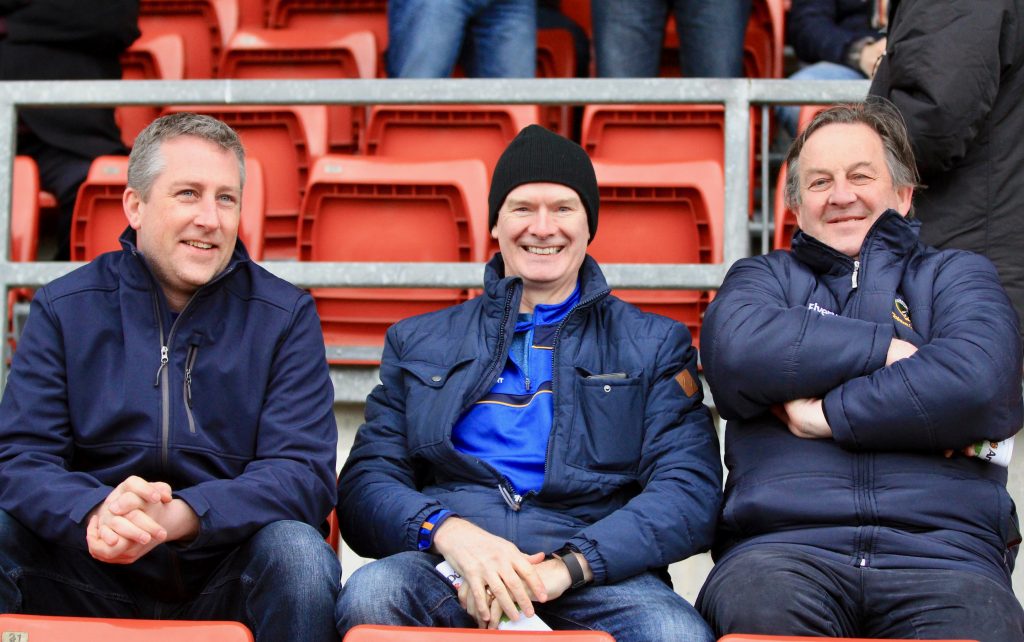 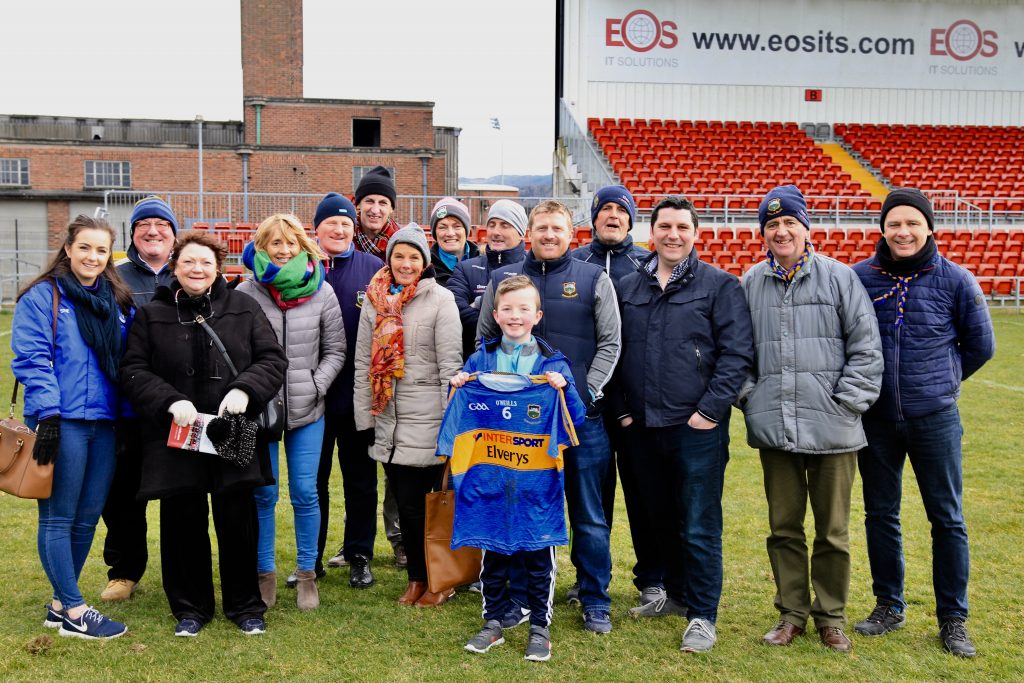