Tipperary Lose Out to Cork in Munster Semi-Final 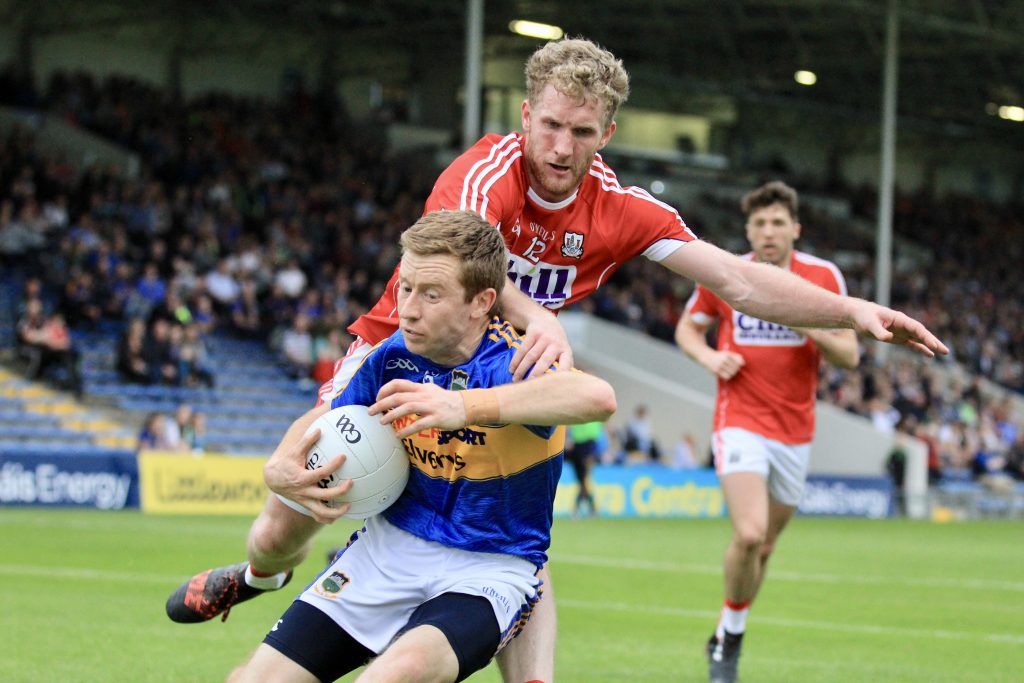 The disappointment was palpable under the Old Stand as players and management trudged slowly back to the dressing room following this evening’s Munster semi-final clash against Cork in Semple Stadium. The Premier players had travelled to the Stadium with high hopes that last year’s defeat would be avenged but it was not to be as Cork ran out comfortable winners in front of 3,339 patrons.

Cork throughly deserved their win but Tipperary will wonder where it all went wrong. Training had been going extremely well in recent weeks and the camp were confident but during the game it was easy to see that there was a spark missing, the team just wasn’t their usual selves and Cork capitalised. For Liam Kearns’ men they now await Monday’s qualifier draw to see who they’ll be playing next. 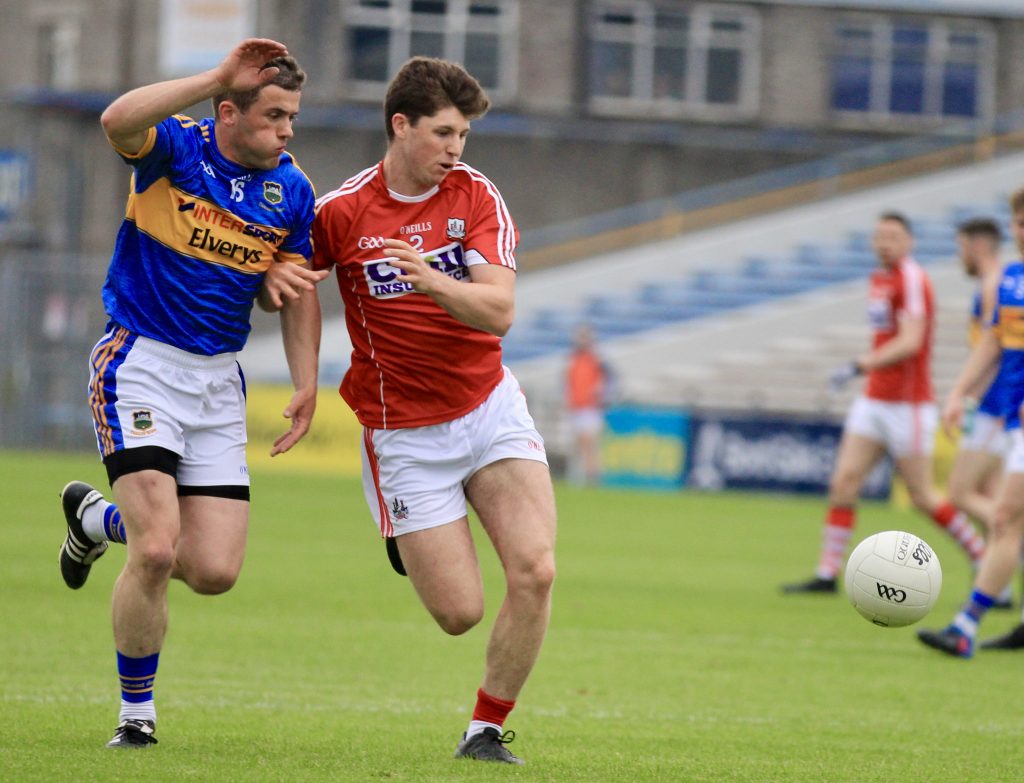 Early on it looked as this was going to be a rip roaring affair with the sides deadlocked at 0-3 apiece but then the Rebels exploded into life scoring 1-5 to Tipperary’s 0-1 during the remainder of the half.

Tipperary’s points came from Michael Quinlivan, Jack Kennedy and two from Liam McGrath. Tipperary did create two goalscoring chances during the opening half and had they been scored this game would have taken a completely different direction. Full-forward Michael Quinlivan bore down on goal and his shot was blocked with a neat save by Mark White in the 12th minute. Seven minutes late Quinlivan found Liam Casey with an exquisite pass but the Cahir man’s effort was, once again, superbly saved by Mark White.

Cork created chances of their own and Aidan Walsh appeared to be certain to goal until team captain Robbie Kiely got in for an amazing dispossession. Approaching half-time Colm O’ Neill blasted home the game’s only three pointer and gave his side a comfortable cushion heading into the break. 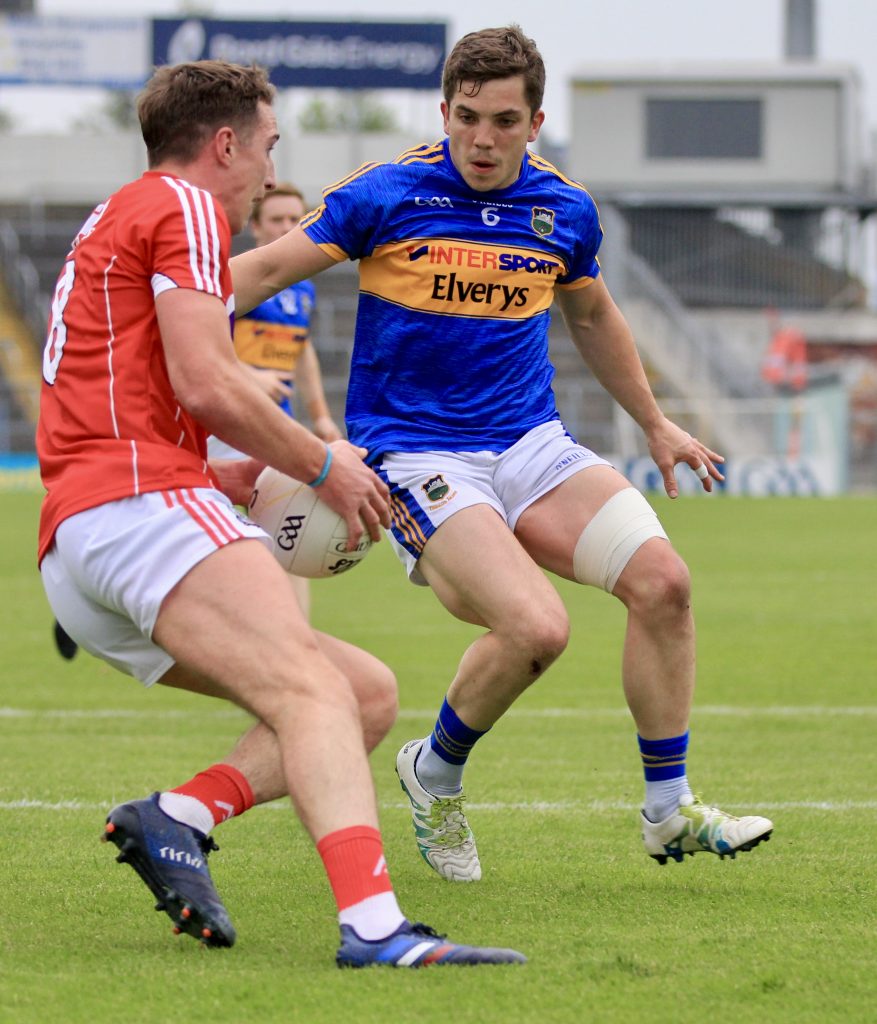 Tipperary needed to make quick inroads onto the scoreboard upon the resumption but it was the visitors who got three early second-half points through Luke Connolly (2) and Mark Collins as the game slipped away from Liam Kearns’ men.

Indeed it took fifteen minutes for Tipperary to register their opening score of the second-half, a pointed Liam McGrath free. This saw Tipperary’s best period of the game as Liam Boland, Liam McGrath (2) and half-time substitute Philip Austin kick over points to reduce the gap to 0-9 to 1-11 and the home crowd started to sense something might be on but Cork however were not in generous form.

The Rebels closed out the game with a string of points from Luke Connolly (2), Paul Kerrigan (2), Mark Collins and Brian Hurley to leave it 0-9 to 1-17 at full time. 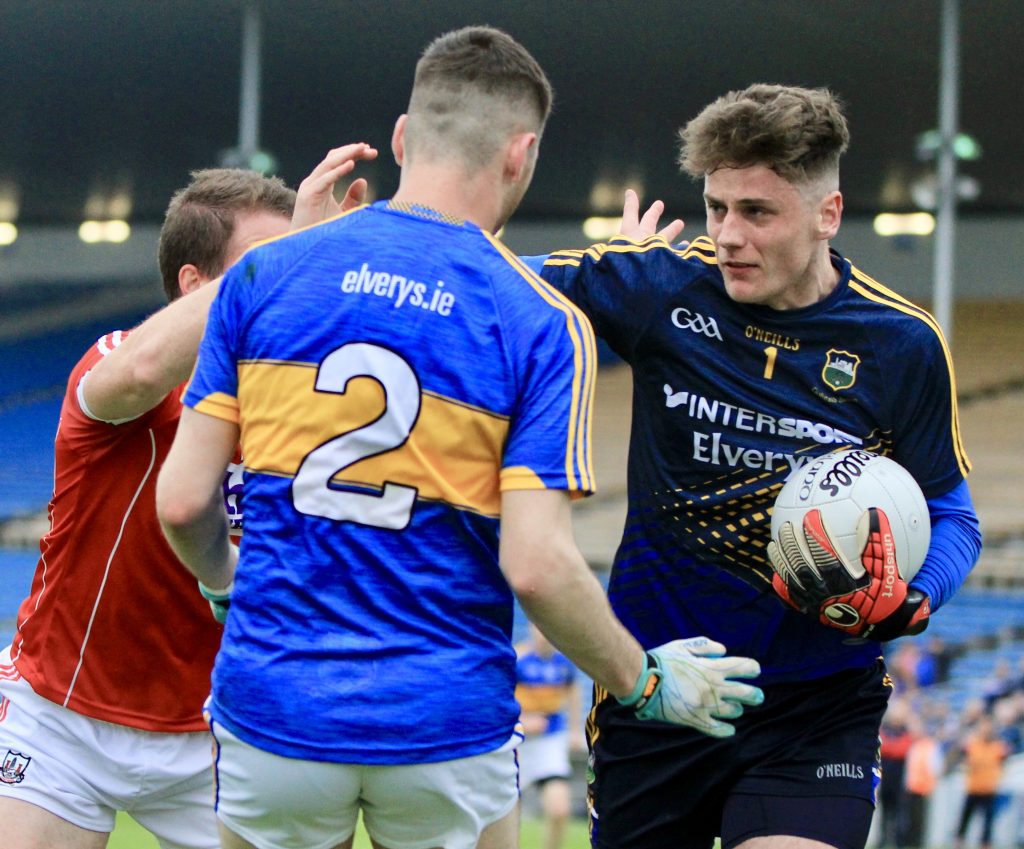