Today in Semple Stadium, David Power’s Tipperary side overcame the challenge of Offaly and took a big step towards safety

A first-half penalty goal from Conor Sweeney, following a foul on Michael Quinlivan, proved pivotal in today’s clash in Semple Stadium which saw Tipperary take a big step towards survival in Division 3. A win next Sunday in Carrick-on-Shannon against Leitrim will ensure Tipperary’s place in the third tier however, with Leitrim also fighting for the Division 3 status, this will be no foregone conclusion.

Tipperary looked the more assured side in the opening quarter and were leading 0-5 to 0-3 at the water break and should have added a second goal to Conor Sweeney’s penalty after the resumption when Kevin O’Halloran saw his two shots, taken in quick succession, blocked on the line be an Offaly defender and the goalkeeper.

By half time the home side led 1-8 to 0-9 and would have been disappointed not to be further ahead as they allowed Offaly to score the last three points of the half.

With Offaly in danger of getting sucked into relegation trouble, John Moughans men worked tirelessly to get back in the match but Tipperary held firm and never allowed them to take the lead with our backs in particular in a defiant mood summed up by a superb double block by Alan Campbell denying them a certain morale-boosting point at a crucial stage of the game.

Liam Boland made an appearance as the game entered the last quarter and he made a huge impact, scoring two points to add to two monster efforts from Liam Casey as the Premier held out for a 1-16 to 0-16 win.

Next weekend Tipperary travel to Leitrim knowing a win will secure their place in Division 3. Offaly play Derry in Tullamore and should three teams finish level on five points, score difference will come into play involving just the games played by Offaly, Tipperary and Leitrim. 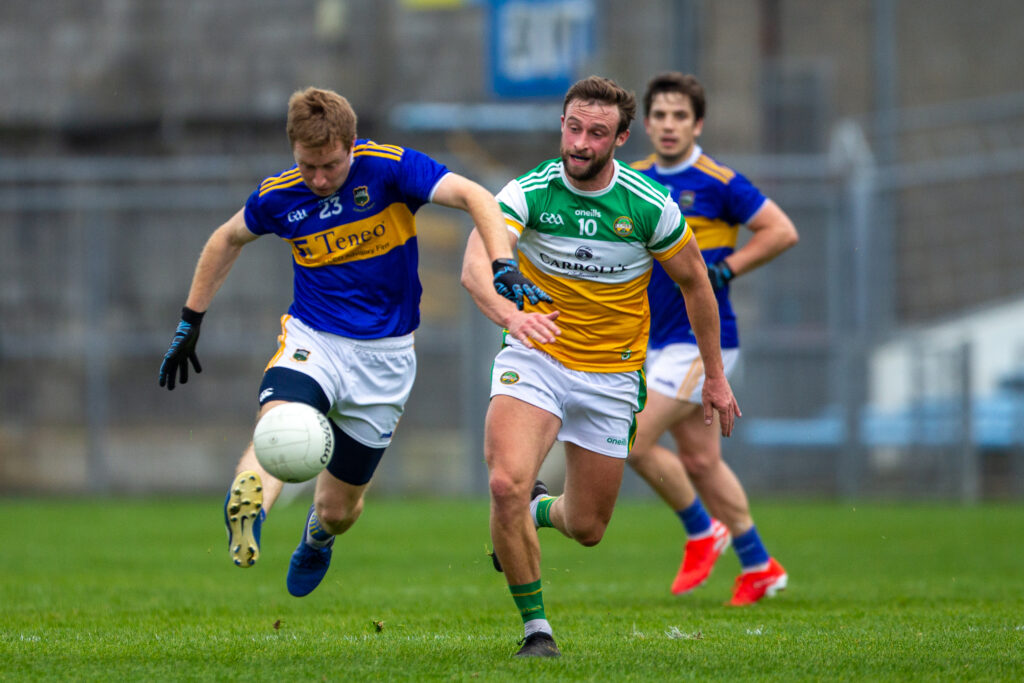