On Sunday at 3pm Tipperary welcome Louth to Semple Stadium for round six of the Allianz National Football League. In what is definitely one of the most important league matches the county has ever played, this promises to be a rip-roaring contest as victory will guarantee promotion for both sides and a trip to Croke Park for the Division Three final. 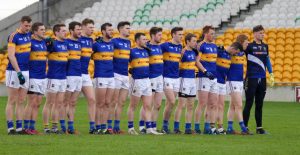 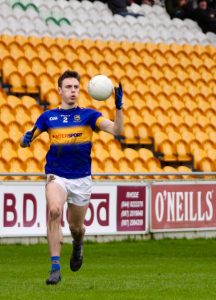 Defeat for Tipperary will mean nothing less than victory will do in our final match away to Armagh in Crossmaglen. Liam Kearns will be anxious to avoid such a scenario and build on the promising win in Tullamore last weekend. Many within The Premier will view promotion as essential as playing at a higher level will no doubt improve our talented young side and better prepare them for championship encounters later in the year. 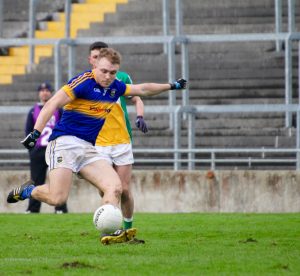 Last year Louth won promotion from Division Four and have shown they are more than at home in Division Three. Impressive wins over Laois, Longford, Offaly and Antrim have left them in second place, behind Tipperary only on score difference and it will take a great performance to overturn them this Sunday.

Four times the counties have crossed swords in the heat of championship action and on three occasions Tipperary were successful. 1912 was the first meeting in the All Ireland junior final, which Tipperary won 1-4 to 1-3 in Croke Park. The sides had to wait until 2001 before meeting again, this time in the qualifiers. Staged in Clonmel this game has the distinction of being the very first qualifier match ever played as the throw in time was earlier than all other fixtures that weekend. That evening the visiting side emerged on the right side of a 0-13 to 1-8 score line. Incidentally, Damien O Brien scored the very first point in the new styled championship while Peter Lambert got the very first goal. One for the history buffs. They met again in 2009 with Tipp securing a 2-10 to 1-12 win. The counties have never met in championship hurling at any grade. 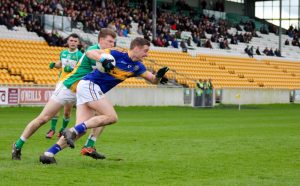 Louth’s last championship visit to Semple Stadium was one to forget for The Wee County as Tipperary ran out 3-21 to 0-7 winners. To be fair the result was not a true reflection on the Leinster side as they simply failed to show up and under-performed on the day.

We hope that a massive crowd from Tipperary show up to support our footballers on what is a massive day for Tipperary football. These players have put in stellar performances in recent years and have deserved all the plaudits that have come their way. Hopefully Sunday will be another massive milestone in the journey this team has undertaken.