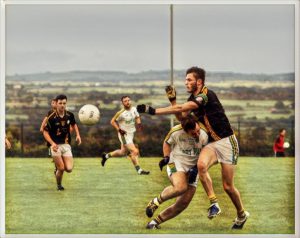 On Sunday, it is the clash of the 2015 and 2016 Munster club champions as Clonmel Commercials welcome Kerry side Dr. Crokes to the Sportsfield in Clonmel for the opening round of the Munster club championship in what promises to be a fantastic clash between two of the provinces top sides. Whoever comes out on top will fancy their chances of delivering provincial glory and we send our best wishes to the Tipperary champions and encourage supporters of all the clubs in the Premier to travel and get behind Commericals.

The Friends of Tipperary Football will be selling membership at the game and once again it is a very reasonable €20.

The re-fixed Tipperary Water County Junior A Football Final takes place on Friday evening at 8pm in Clonoulty between Loughmore Castleiney and Knockavilla Donaskeigh Kickhams. With the prize of intermediate football at stake this promises to be an entertaining affair.

Two major titles are down for decision in the North division as age old rivals Portroe and Burgess meet in MacDonagh Park, Nenagh to decide the destination of the Junior A title while county intermediate champions Kiladangan welcome Borrisokane to their home pitch in Puckane to see who will be crowned North Tipperary intermediate champions.