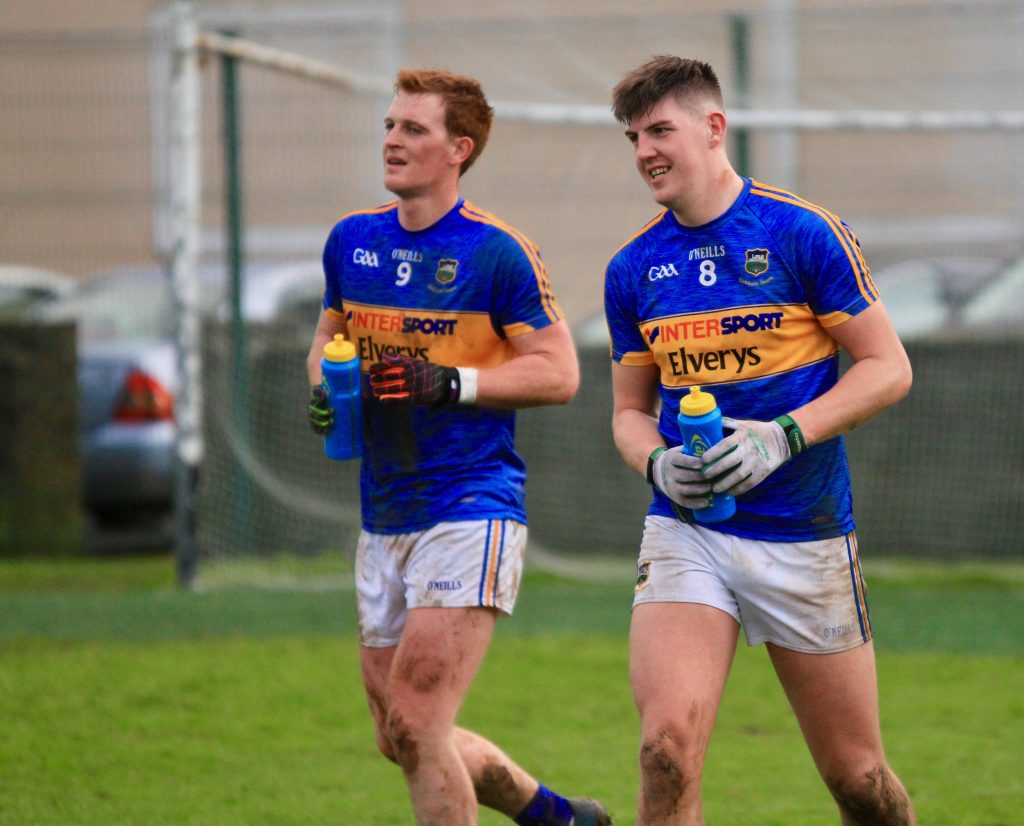 Congratulations to the Tipperary LGFA team who won the County Award at the Canon Hayes Awards recently in the Great National Ballykisteen Hotel for their remarkable achievements in 2017 when they won both the league and championship double. Tyrone’s Sean Cavanagh received the Mick Doyle Golden Sporting Memory award after a glittering career with the Ulster county. 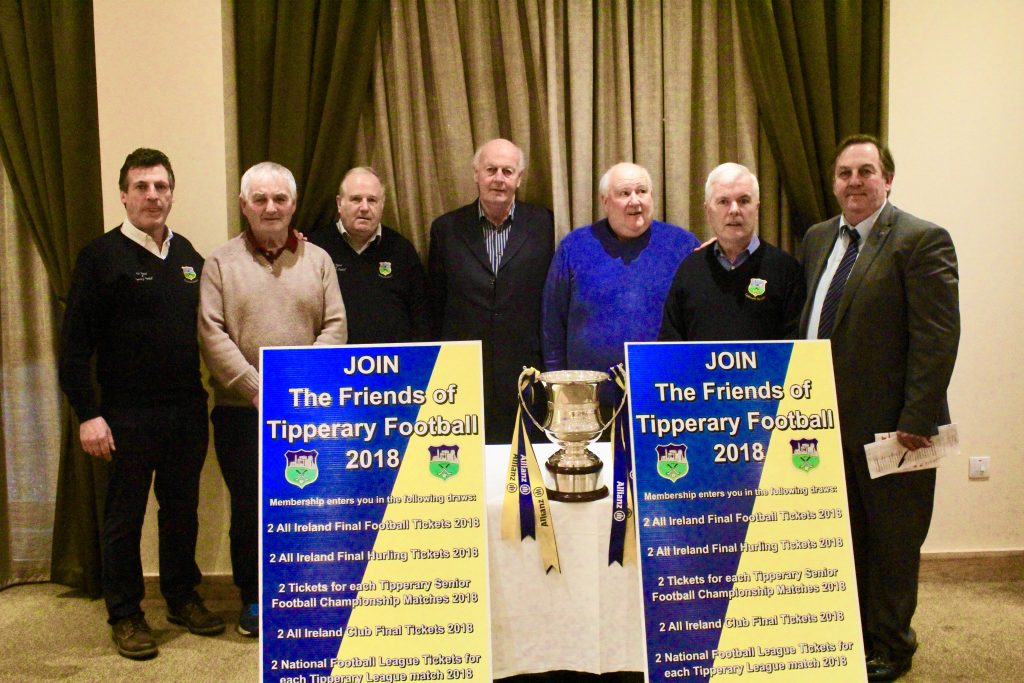 Yesterday following the senior challenge match between Tipperary and Limerick, the 2018 membership of the Friends in the West was launched in the Golden Kilfeacle clubhouse. The South division also launched their 2018 membership in the Clonmel Park Hotel prior to the medal presentation to the senior footballers following their success in the Allianz National Football League earlier this year. On hand at both launches were members of the Tipperary Football Committee, members of the Friends of Tipperary Football and senior players from both divisions. You can join the Friends on the following link www.friendsoftipperaryfootball.com or by contacting any committee member.

One of Tipperary’s best known supporters Kevin Hanly (Solohead) has put together the following fantastic video to help encourage people to join the Friends. As you can see from the video he is really putting to good use the knowledge he has gained from his TV and Film Production course in Limerick College of Further Education. Thank you, Kevin, for all the hard work and your consistent support.

Tributes Flow in for Ciarán McDonald

Following the revelation that Ciarán McDonald has been forced to retire from inter county action due to ongoing injury issues the tributes have been flowing in for one of Tipperary’s greatest ever defenders. You can read news of Ciarán’s retirement here.

You can read a selection of the tweets about Ciarán’s retirement below:

Best wishes to Ciaran mac on retirement! Without doubt the toughest, most tenacious back I've ever had the pleasure of playing with and against. Some man to have backing you up! Gent to boot and will be missed in Tipp dressing room

Ciaran McDonald always gave his all for Tipp, was a brilliant servant to Tipp football. Alas injuries proved too much. Liam Kearns paid tribute to him tonight in Clonmel as Tipp recieved their medals from the league triumph last spring #gaa https://t.co/qLC5gURxPo

Sad to hear for the retirement of Tipp Football’s Ciaran McDonald, what a warrior and one of the best man markers around, pure gent too, enjoy Mac 👏👏

Happy retirement to Ciaran McDonald. Career cut short by injury. One of the best backs in the country. Best of luck Ciaran in your medical career. If you are as good a doctor as a footballer, you will be a good one.

If there was a transfer market in his playing days , this guy would be at the top of a lot of counties list!! One of the best man markers in the game … Best of luck in retirement Ciaran McDonald pic.twitter.com/ontw0BC4ie

All the best to Ciarán McDonald in his retirement. Absolute warrior on the pitch and gentleman off it. A role model for any young player in all aspects of the game on and off the pitch!

Before you went out on the field you just knew he was going to shut down his opponent. That was usually the oppositions main man. One of the greats of Tipperary football. 💪 pic.twitter.com/iZlVKnrWub

Ciaran was a massive part of the rise of Tipperary football over last 10 years https://t.co/Ao1TlcfnuN

Ciaran Mcdonald, one of the best players I’ve ever had the privilege to play with, a leader on and off the field.. Enjoy your retirement.. 👏 @TipperaryGAA @TippfootballGAA

A very happy retirement to one of the best footballers I've seen play in Ciaran McDonald. A very intelligent footballer and a big loss to Tipp.